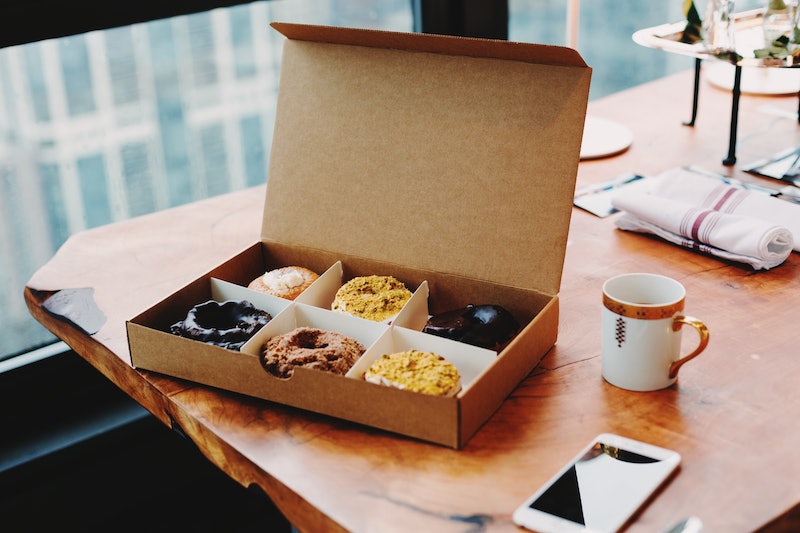 Since National Doughnut Day (celebrated on June 2) is on a Friday in 2017, that means you potentially won't get a doughnut until — gasp — the end of your work shift. Which means you'll need the perfect meme to complain about the fact that you didn't get to have a doughnut yet on National Doughnut Day (because again, memes are the ying to social media's yang). What better way to express your dying desire for a doughnut than on your Twitter with a meme?

Now, how about for the moments that you do get to taste a delicious doughnut during the day? Or, when you score a free doughnut at your favorite pastry shop? Perhaps one of your coworkers surprised everyone with doughnuts? Don't worry — there are memes to express those emotion as well. Basically, no matter how you feel about National Doughnut Day (even if you hate doughnuts, which I don't get, but I got a meme for that too), there's a meme to depict that emotion.

Carrots are friends, not food.

After the day you've had? You really do!

Yes Oprah, you're right, I will take you up on your offer!

I mean, I'm still waiting for that doughnut to magically appear by my bedside table.

The puns are just too pure.

Soup man does not want you to eat his donuts!

The struggle is so real.

"I'll give you all to me, and I'll give my all to you. You're my end and my beginning. Even when I lose I'm winning."

I mean come on, who actually says no?

It's OK, I understand your pain. Now head to Dunkin' right now.

I mean, I don't really get the context... but it's just too funny not to share!