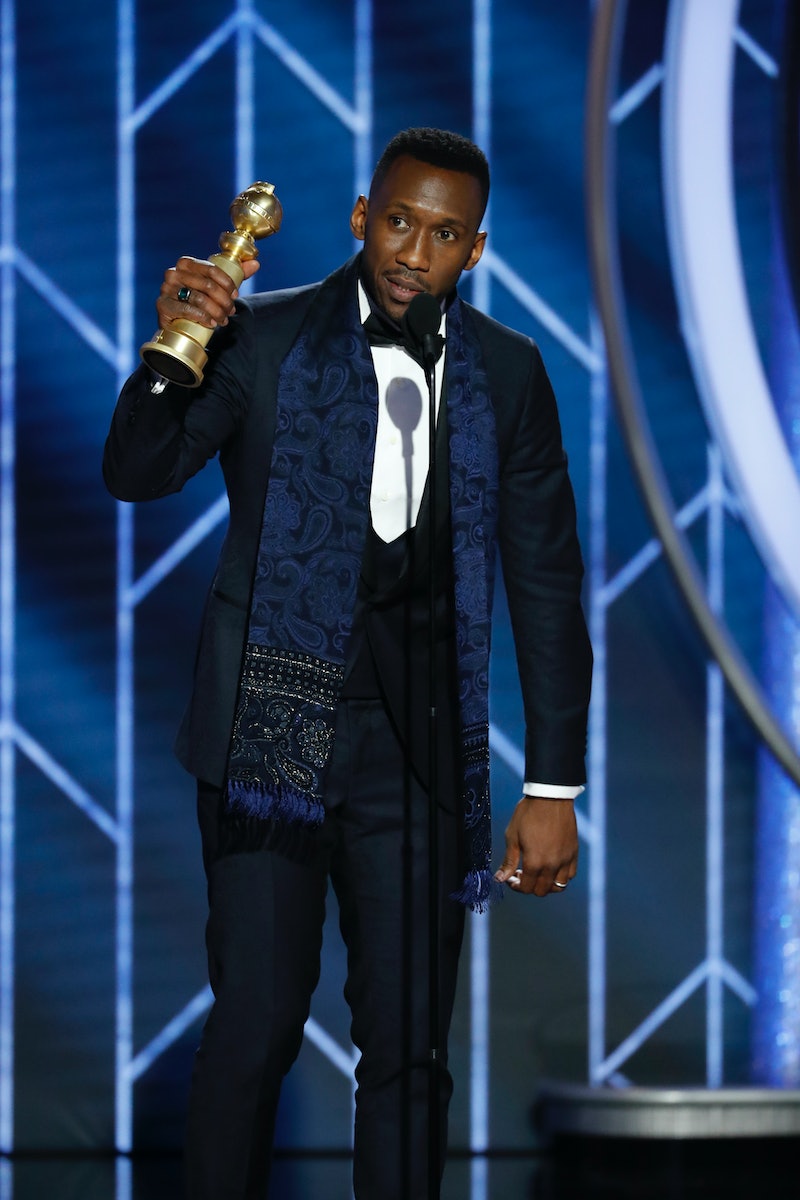 On Sunday, Jan. 6, Mahershala Ali took home his first Golden Globe Award for the portrayal of Dr. Don Shirley in the motion picture Green Book. Although the film has been scrutinized by those close to Dr. Shirley for its alleged inaccuracies, a report from Essence reveals that the Shirley family responded to Ali's Golden Globe win for Green Book and they are happy for the actor.

The movie, which is based on a 1962 concert tour road trip taken by Shirley, a Black pianist, and his hired driver/bodyguard, Italian-American Frank Tony "Lip" Vallelonga (Viggo Mortensen), depicts Shirley as a reclusive musician that had been alienated from both his family and the Black community — two things which the Shirley family say couldn't be further from the truth, according to Shadow and Act.

“We are very proud of him. In no way would we ever steal his joy for his recognition because he is an accomplished actor and we respect his ability and his position.”

Dr. Shirley’s brother Maurice Shirley agreed, but said that he felt that Ali, who according to Essence, was originally told Dr. Shirley didn’t have much family had been taken advantage of. He added, “In our opinion, he’s been duped."

While the family acknowledges that Dr. Shirley did hire Vallelonga as a driver and bodyguard, they say that the rest of the movie’s plot, which was co-written by Vallelonga’s son Nick Vallelonga, is a huge departure from the truth, according to Shadow and Act. The outlet also points out that none of the Shirley family members were ever consulted about the film, which also won the 2019 Golden Globes Best Motion Picture and Best Screenplay awards, during its writing or production phases.

Shadow and Act reports that many of Dr. Shirley's relatives have taken issue with the movie and the way that Dr. Shirley was portrayed within. For starters, his nephew Edwin Shirley III and 82-year-old brother, Maurice Shirley notably insist that Dr. Shirley, who died in 2013 at the age of 86, did not consider Tony a close friend, as the movie suggests. Another tidbit of the Green Book narrative that has come under fire is the notion that Dr. Shirley didn't have a relationship with his family and brothers. The family maintains that Dr. Shirley was very present in his family’s lives with Maurice contending that they all were "always in contact." The relatives also proclaim that the entertainer never felt removed or embarrassed by his race with Maurice Shirley referring to the movie about his brother as a "symphony of lies." In fact, the family claims that Dr. Shirley was quite active in the civil rights movement, telling Shadow and Act that he not only maintained a friendship with Dr. Martin Luther King, but was also present for the march in Selma. The Shirley family also explained that Dr. Shirley kept close ties with other Black musicians, including Nina Simone, Duke Ellington, and Sarah Vaughn.

Shadow and Act noted that after learning of Dr. Shirley family's issue with the film, Ali called them to apologize.

“I got a call from Mahershala Ali, a very, very respectful phone call, from him personally. He called me and my Uncle Maurice in which he apologized profusely if there had been any offense,” Edwin Shirley III explained to the outlet. Giving a more detailed account of the conversation with Ali, he added:

“What he said was, ‘If I have offended you, I am so, so terribly sorry. I did the best I could with the material I had. I was not aware that there were close relatives with whom I could have consulted to add some nuance to the character.'"

In his acceptance speech from the 76th Golden Globe ceremony this past Sunday, Ali expressed gratitude for Dr. Shirley, calling him a "brilliant man." Ali continued by saying, "I just want to thank him for his passion, his virtuosity and his dignity with which he carried himself that inspired me each and every day."

Backstage, Ali also addressed questions about the Shirley family and their concerns about the film. According to The Hollywood Reporter, he explained, "I respect Dr. Shirley and his family, but I have a job to do," he said. "In this case, I didn't know that they were around. I have made contact and spoken to the studio and everyone, and I have to move on. But I wish them well and send them my love and I hope they receive it."

Despite Dr. Shirley's family's dissatisfaction for the Green Book film, their ability to put their feelings aside in support of Mahershala Ali's Golden Globe comes as the ultimate silver lining.