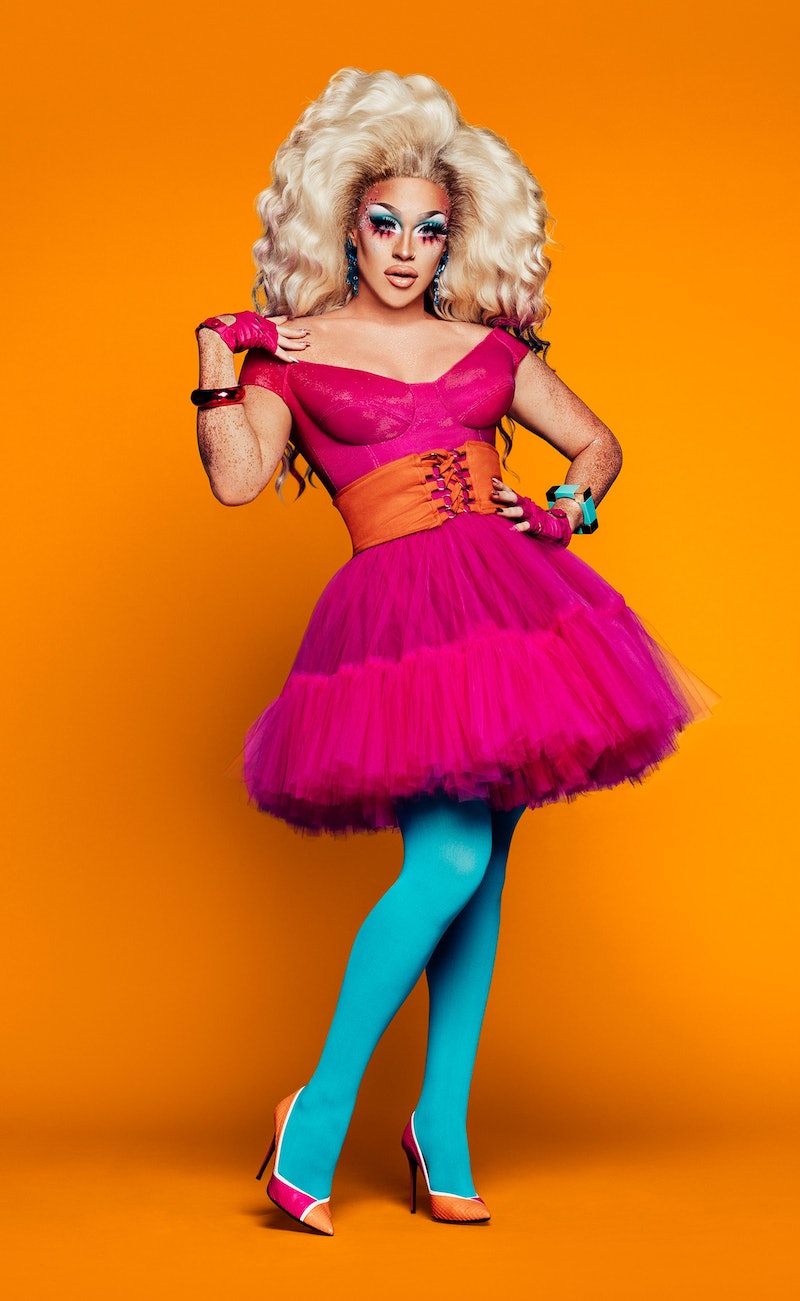 Social media and its filters, captions, and hashtags, have given users everywhere a new kind of control over their image and how people perceive them. It's a trap into which many people have fallen, drag queens included, especially because their audiences are largely organized there. People, particularly her fellow queens, have given her a bad rep for being an "Instagram queen," but Drag Race queen Ariel Versace says being on the show taught her to embrace just being who she is.

Of course, if you think that includes putting away the lashes, lipstick, and wigs, think again. All of those drag staples are still a very present part of her life. But Ariel says when she first arrived on set at Drag Race, it was difficult to grasp the fact that she wouldn't be pressing record or calling the shots herself. In the end, though, it taught her a lesson about authenticity.

"I did have that whole thing where like I'm like a social media queen and blah blah blah," she says. "And I like [that] I control like, what I was able to post all the time, you know? It was super nerve-racking being on camera and not controlling what what everyone gets to see."

So she had to learn to let go. "I think you just got to be like genuinely you and that's how you let people fall in love with you," she says. "Don't hide who you are. Don't be nervous. Just be you and be you at 100 all the time."

That attitude came in handy when, while lip-syncing for her life, Ariel's pump caught the train of her mermaid gown and sent her tumbling down. It's a moment that's happened before on Drag Race, and it's never easy to watch.

"You know, honestly when I was still up on stage I didn't even expect to lip-sync that night because I was super proud of the outfits that I brought," she says. "Do I think I should've been in the bottom two that night? No. But I mean I still tried to do my damn thing in that lip-sync and, you know, unfortunately I did fall ... that little train."

However, Ariel says, it's just part of being a queen. "I've fallen before and I will definitely fall again after this," she explains. "I just happened to fall on national TV. Drag queens fall all the time and you just make the best of a messy situation — Versace on the floor, hello."

Even though she fell, which could've been what sealed her fateful elimination, Ariel says she wouldn't change a thing. "I wouldn't change anything, because on Drag Race you really have to live in the moment," she says. "You never know what's gonna happen, you never know the emotions you're feeling at that time. And that's why it's called RuPaul's Drag Race. It's really a race, you know, you have to put your foot on the pedal and go, and if you break you're going to get — you're gone. I mean, it's really just do or die."

Ultimately, Ariel is proud of the Jersey girl she is and everything she's accomplished, and she knows this isn't the end for her. "You never know what the future holds at RuPaul's Drag Race," she says. "And there's always opportunity ... maybe you'll see the Bratz doll again."