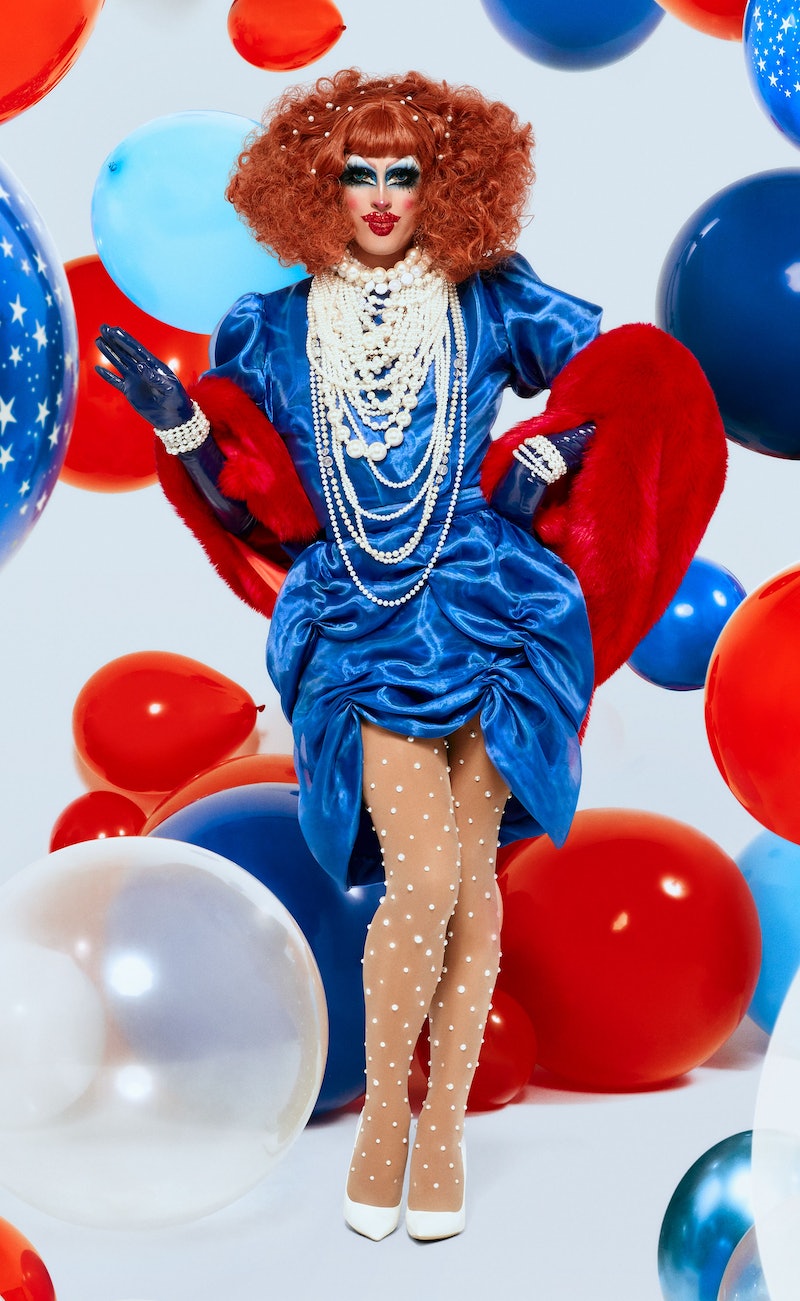 Gigi Goode may have seemed like the clear frontrunner of Drag Race Season 12, but Crystal Methyd is slowly proving to be the dark horse of the season.

Initially, Crystal's shy demeanor read as insecure. But while she was a little nervous when she first joined the show, she's really just strangely coy — something we aren't used to seeing in a werkroom full of boisterous drag queens. Now, after weeks spent applying the judges' critiques and digging deeper, Crystal has not only learned how to embrace her weirdness, but to make it lovable and funny. And in the May 7 episode, that finally landed her a challenge win.

The Top 6 were tasked with writing and performing a one-woman show, and nothing was off the table. Comedy, personal stories, props, dance — you name it, the queens did it. Crystal, like always, took the road less traveled. She became Phenomenal Phi the exotic male dance instructor, complete with a muscle suit and painted-on denim. "I worked with Channing Tatum, I taught him how to do the worm," she said while gyrating. "I've also taught Dwayne 'The Rock' Johnson how to do the sprinkler." Think the male drag version of '90s Jane Fonda, but with far more blue eyeshadow.

And Crystal didn't stop the there. On the Color Purple-themed runway, she strutted a Nick Cave Soundsuit-inspired shaggy cat, which was "very Crystal Methyd," to use her own words. The judges (and Whoopi Goldberg!!) absolutely loved it.

Unlike Gigi Goode, who sprinted through three wins and is now running out of steam, Crystal started the race with a steady jog. And it's becoming clearer and clearer that that's going to lead her to a strong finish.

More like this
Everything To Know About 'RHONJ' Season 13
By Brad Witter and Jake Viswanath
Andy Cohen Apologized To Larsa Pippen After A 'RHOM' Season 5 Reunion Dust-Up
By Brad Witter
Every Season Of 'Love Island' Ranked Best To Worst
By Alice Broster, Frances Stewart and Sophie McEvoy
We Finally Have Some Answers To How Heather Gay Got A Black Eye On 'RHOSLC'
By Samantha Rollins
Get Even More From Bustle — Sign Up For The Newsletter
From hair trends to relationship advice, our daily newsletter has everything you need to sound like a person who’s on TikTok, even if you aren’t.