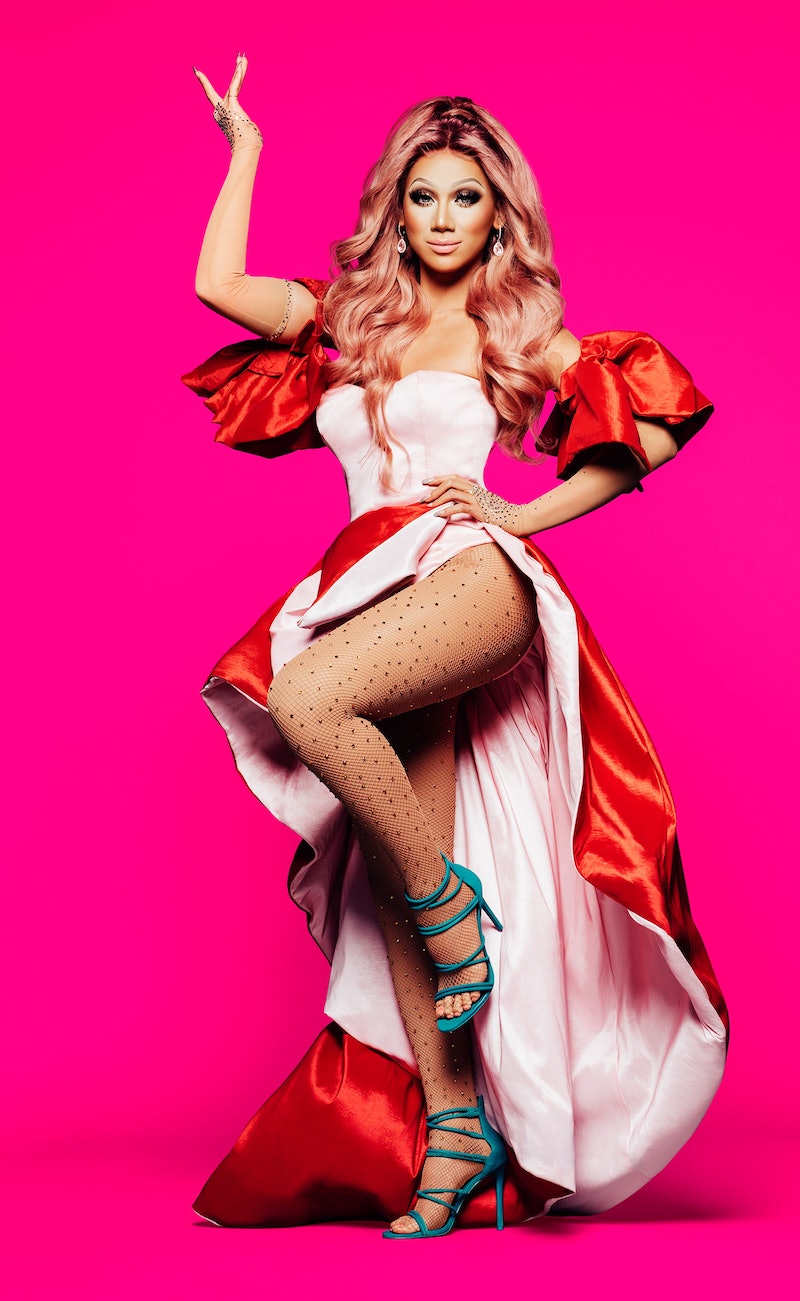 Since arriving in the werkroom of Drag Race Season 11, Plastique Tiara has been one of the quieter contestants. She can turn out a look with her eyes closed, but when she's not doing that, she often keeps to herself -- which is sort of a rarity for Drag Race, since being extra is pretty much the point of the show. But when RuPaul finally asked why she's been so reserved, Plastique gave an answer that should resonate with anyone who's felt rejected just for being who they are.

"I wanted to do another design challenge to give you girls an opportunity to really show your personality," Ru told Plastique in the April 11 episode. "And that's something you've been called out on." Plastique smiled and nodded. "Yes, that has been," she said. "I'm working on it."

In true Mama Ru fashion, he kept pushing for answers. "Is there something you don't want us to see?" he asked. Plastique became visibly uncomfortable, avoiding making eye contact. She said thought that America's next drag superstar should be a "polished individual," and she was sticking to that vision. But that's not the only reason she comes off as shy.

"Back home, it wasn't really OK in my family to say whatever I want to say or do whatever I want to do," she said. Ru asked if Plastique's family knew she was competing on the show. She told him no. She said they know that she does drag, but "it's not something that we talk about."

Garment construction across the werkroom quickly came to a halt when the other queens sensed the tone of the conversation shift. "I've seen a lot of unhappiness in my family," Plastique said, beginning to choke up, "resulting of me trying to come out of my shell and show them who I am. So all I've known is to just hide it away. What they can't see can't hurt them. You know?"

At that point, Plastique wasn't the only one crying. Her sisters started tearing up, too. Ru wanted to assure her that she was in a safe space to express herself in any way she felt inspired to, and that she should feel empowered to show her family that expression.

"This is your opportunity to show them in a way that's on your own terms," Ru said. "You're beautiful and creative, and this is your gift to not only them, but to yourself." Then, Ru broke for a hug, which he doesn't always do when a queen gets emotional. But it was clear that this moment was special. "This is your new home," Ru said. "I'm your new mama."

Plastique came out of that conversation with a brand new confidence that reflected in her performance and runway look, which resulted in her first challenge win. After awarding her the prize, Ru told her to embrace her breakthrough moment. "This is your time, girl," he said.

Anyone who has felt like they had to hide their true selfes can relate to the hesitation -- and relief of acceptance -- that Plastique felt during her personal moment with Ru. Anyone who has felt ashamed of who they are knows the fear she was experiencing.

Sometimes, all someone needs is to be told that their entire identity — not just pieces of it — but their whole person is valid and worthy of celebrating. Sometimes, that one comment can change everything. And it definitely did for Plastique.