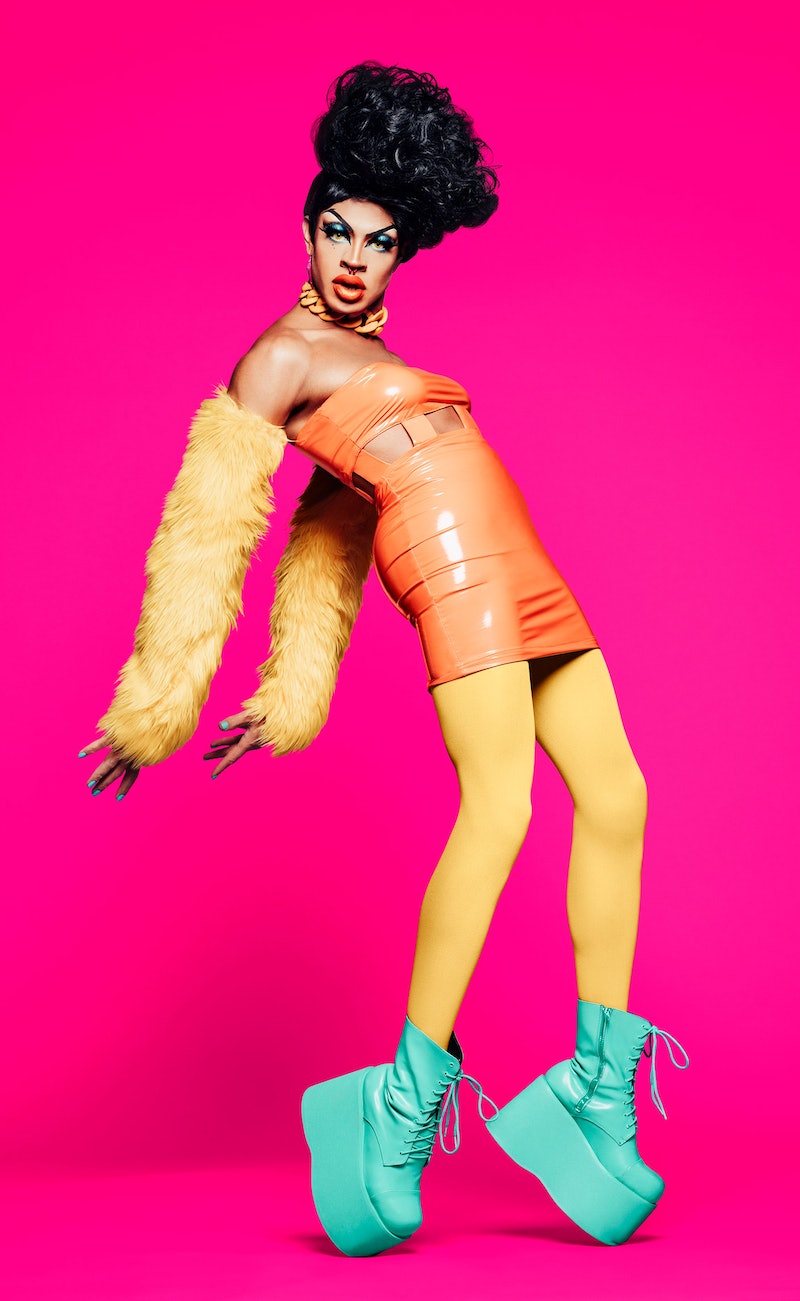 If there's one queen who has stood out from the beginning of Drag Race Season 11, it's Yvie Oddly. Like she has mentioned on the show, she calls herself a "commodity of drag oddity" for a reason, and she owns the name with pride. Because of that, the judges — and fans of the show— haven't forgotten her since the moment she entered the werkroom. And everyone knows that a memorable queen is winning material.

Over the course of six episodes, Yvie has already proven that she has everything it takes to be America's next drag superstar. She collected her first win during Episode 2 for her acting talent in the Get Out parody called "Good God Girl, Get Out." Her over-the-top animated character made her so fun to watch.

She's also slayed all of her runway looks, and her style and technique are truly one-of-a-kind. She doesn't aim to be the most conventionally glamorous queen, but instead leans into more androgynous and avant-garde looks — each one an individual art project. Her drag isn't merely about putting on a ballgown and lashes — it's conceptual. It tells a story. She's an artist before she's a drag queen — just look at the sketches and paintings all over her Instagram. That gives her a big advantage.

In "Trump: The Rusical," Yvie displayed her ability to pick up complex, professional choreography quickly. She danced her part during the final performance and of course, put a spin on it to make it her own. And she doesn't let the fact that she has a painful joint condition called Ehlers-Danlos Syndrome get in her way.

According to her comments on the show, Yvie was diagnosed with Ehlers-Danlos at 13 or 14 years old. That means her body doesn't produce enough collagen to support her bones and joints, which causes her a lot of pain. As a drag queen, it gives her the flexibility to crank out splits and death drops, and though those can come with discomfort, Yvie doesn't let that stop her.

Ultimately, though, there are two things that make Yvie's the biggest frontrunner. The first is her individuality. She's not afraid to be the odd one out, and she is embracing the competition with a confidence that many of her Season 11 sisters are failing to display.

The second is her resilience — she's willing to do anything it takes to win. "It just gets worse and worse over time," she said on the show, referring to her condition. "Drag is something that's been really hard on my body and it's definitely not something I'm going to be able to do forever. [But] it's so liberating that if I have to go out on stage in a wheelchair, girl, like I'll do it."

Yvie seems like a Drag Race winner because she's original, sure of herself, and she takes challenges as they come and gives them her all without overthinking them. Even after hurting her ankle in the Draglympics, she worked around it by designing her runway look with a limping old lady character. If she keeps up her confidence and ingenuity, that crown will be hers by season's end.

More like this
Yes, That Is Victoria & Another ‘BiP’ Alum In Zach’s ‘Bachelor’ Trailer
By Kadin Burnett and Grace Wehniainen
Everything To Know About 'RHONY' Season 14
By Jake Viswanath and Alyssa Lapid
Twitter Is Very Torn About The Winner Of 'Dancing With The Stars' Season 31
By Jake Viswanath
Kim K Is Putting Kanye’s Memorabilia — Like Grammys & Clothes — In A Vault
By Jake Viswanath
Get Even More From Bustle — Sign Up For The Newsletter