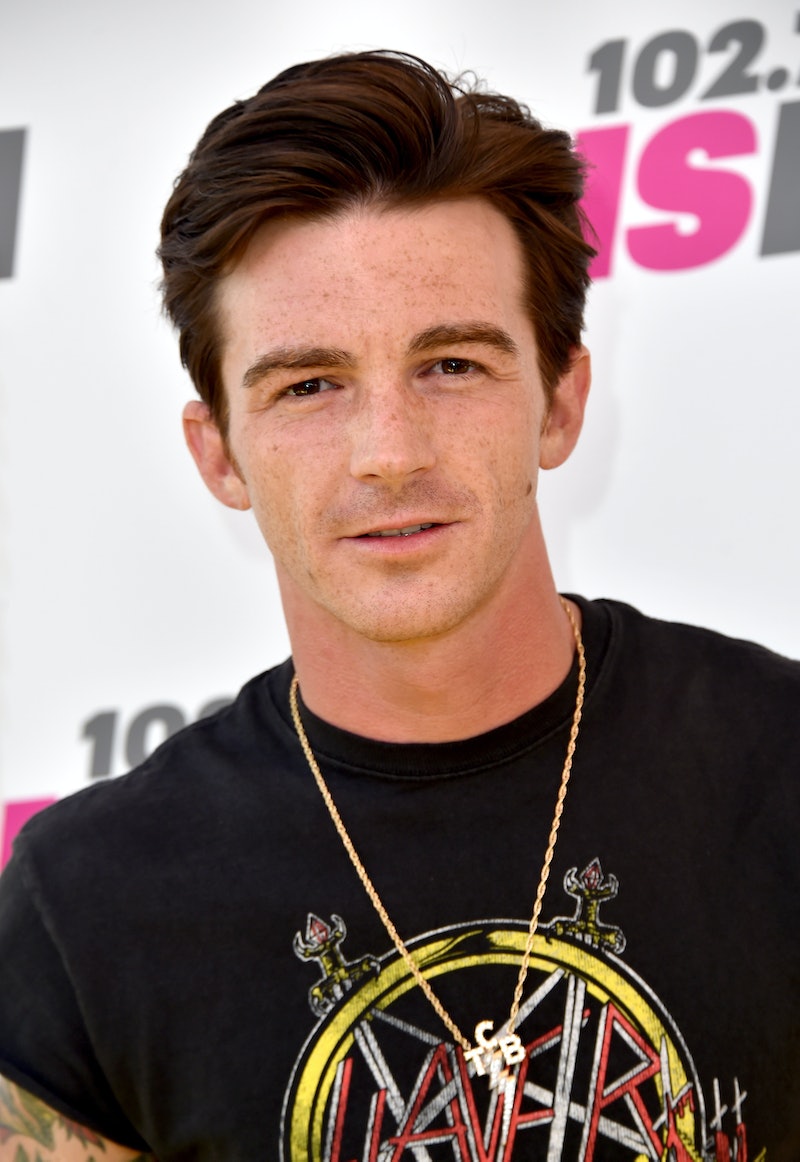 Nickelodeon fans were understandably upset when Drake Bell didn't get an invite to Josh Peck's wedding. The former Drake & Josh co-stars were always a dream team onscreen, so it's nice to think they remained close in real life. However, when Bell didn't receive an invite, he turned to Twitter to express his disappointment. Thus the so-called Drake & Josh feud was born — or maybe not. In a new interview with People, Bell opened up about Peck's choice not to include him in his wedding, and while the actor is hurt, he's standing by his former co-star.

In a tweet that has since been deleted, Bell wrote, "When you’re not invited to the wedding the message is clear…. Loyalty is key… ALWAYS remember where you came from." But it seems that Bell's reaction was that of a friend who was hurt. Who hasn't said something in the heat of the moment and wanted to take it back afterward? With time to reflect, the actor seems to realize that not getting an invitation to his former co-star's wedding isn't necessarily a personal slight — even if it felt like one.

"He’s been my best friend for 18 years. In all honesty, we talk all the time, we've been talking. I was just expecting…"

It seems most of the guys' interactions have been through the internet in recent years. While they may have been super close at one time, they may not be wedding invite close these days.

Bell told People he never imagined his tweets would go viral and elicit such a strong reaction from fans. As a result, he's stepping up to defend Peck. "That's my bro you know? It's kind of one of those things where you're fighting with him on the playground, but if someone else says something, you're like — 'Hey, I can say that but you can't!"

As for Peck, he recently explained to Entertainment Tonight that the two haven't spent much time together in recent years. He revealed that he never has a good answer for "where's Drake?" when fans ask him. "I go, 'I wish I had a better answer but probably at home. Whole Foods?'"

Even though the two aren't as close as they once were, Bell doesn't want Drake & Josh fans attacking Peck. He even goes on to say that he would be open to working with his former co-star again in the future, and yes, he's still down for a Drake & Josh reunion one of these days. While these actors may never be best pals again, their feud seems to have been exaggerated. There were definitely some hurt feelings, but every friendship has its rough patches. Maybe these two will work things out one of these days, but for now, it's good to know that even when they're not best friends, Bell still has Peck's back.