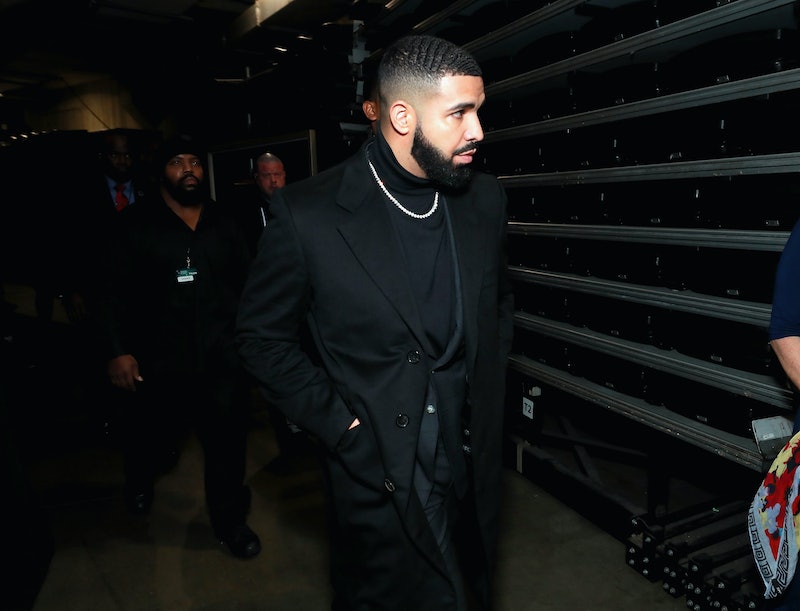 It's no secret that everyone's fave Canadian musician loves the UK. However, back in 2017, when Drake purchased the rights to Top Boy, and was set to become the executive producer of the London crime drama, the world was still gobsmacked (in a good way). It's been two years since any news has been released, but this is not a drill, the reprise of Top Boy will be hitting Netflix later this year. According to ET Canada, a concert on Monday night at the O2 in London was paused so that Drake could premier the new trailer for Top Boy, and the crowd went wild!

Top Boy is the gritty drama about the underground drug world in London. The series follows the lives of the two drug dealers (played by Ashley Walters and Kane Robinson) as they claim their place as the richest and most respected people on their estate. It's scary, it's tense, it's stuffed full of drama. It's also an insight into the underbelly of London street culture. The drama shines a light on people making tough decisions and doing their very best to survive in a world of violence.

The show initially aired in 2011, but ended after two seasons, in 2013, when it was dropped by Channel 4, the Express reports. Season two finished with Dushane, played by Walters, leaving London, and Sully going to prison. Clearly Drizzy loved the show too much to watch it disappear, and fans of the gritty drama were ecstatic that the musician wanted to help see this modern classic brought back to our screens.

The revival of Top Boy will be premiering this autumn, The Sun reports, and there are loads of famous faces, including some familiar ones from the original series. The new trailer shows that Asher D (Ashley Walters) and Kano (Kane Robinson) — who have both enjoyed massive success in the music industry — will be reprising their roles as Dushane and Sully, respectively. Shone Romulus is back as Dris, and Bashy (Ashley Thomas) as Jermaine. And two new musicians will be joining the cast: Little Simz (Simbi Ajikawo) and Dave (David Omoregie). Plus, back in May 2017, Walters told the Mirror that Drake himself would star in the show. Eek!

According to the Hollywood Reporter, season three will see Dushane returning from exile as he attempts to reclaim his throne in the lucrative drug market. He will be teaming up with Sully (Robinson), his sometimes partner, sometime rival, who is fresh out of his own kind of exile: prison.

Originally, there were only eight episodes across the two seasons, but the next chapter, will consist of ten new episodes, Digital Spy reports. And just as the main cast members will be reprising their roles, so will be the team behind the screen. The new season has been written by original creator Ronan Bennett and executive produced by the original creative team, according to the Hollywood Reporter. This means it's going to be good.

The trailer is dark, moody, and jam-packed full of action and unanswered questions. Fans will have to wait until the fall to find out what Top Boy has in store and how well Drake lends his hand to producing. If you are yet to watch the first two seasons of Top Boy, or simply need a refresher before the new season, you're in luck, both seasons are currently streaming on Netflix.

More like this
An Ultimate Guide To The Music Of 'Rap Sh!t'
By Brad Witter
How Lady Gaga & Adele Are Closer To The EGOT All Of A Sudden
By Jake Viswanath
HSMTMTS Season 3 Will Give Olivia Rodrigo’s Nini A “Proper Sendoff”
By Brad Witter
Leona Lewis & Husband Dennis Jauch Welcomed Their First Child
By Darshita Goyal
Get The Very Best Of Bustle/UK