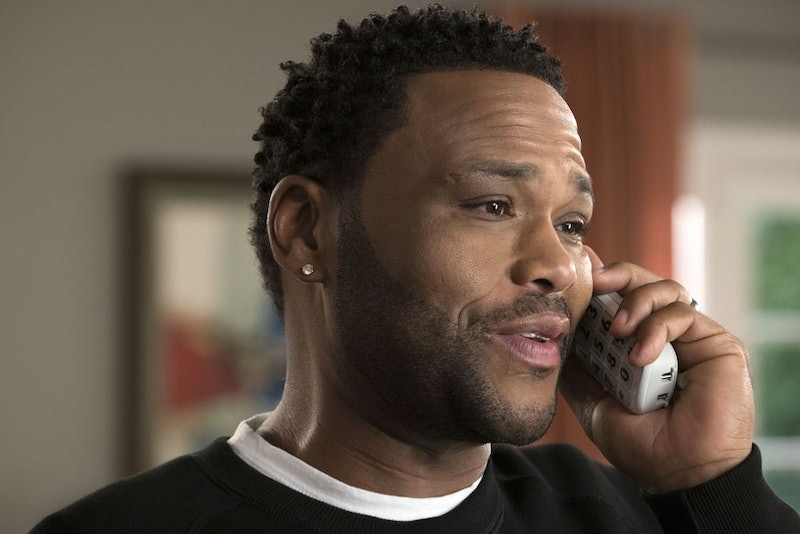 What's the difference between donating money and giving of your time? Dre Johnson assumes it means the difference between being generous and being self-congratulatory. But when Dre gives back to the homeless on black-ish, he realizes that there are reasons beyond enjoying a fancy gala to do more than simply signing a check. And in fact, it's OK if being philanthropic makes you feel good about yourself. It's also OK if you feel guilty about what you have and others don't.

At first, black-ish feels unsure of its stance on the issue, or, at least, a bit all over the place. A whole act is spent watching Dre chase around a homeless man for stealing his signature "matchy-matchy" personal style. But then, Dre takes his homeless doppelgänger out to coffee, and the two start to bond. And you begin to realize that Dre doesn't just physically resemble (and wear the same sizes) as a man who's currently living on the street — they have a lot of life experiences in common. Dre starts to bond with the man on a human level, and that freaks him out even more.

But this episode isn't about personal style, in the end. It's about how Dre is insecure about being a rich person who can afford to be charitable, and how spending time around a homeless man that he could actually be friends with makes him profoundly uncomfortable with charity. That's actually not that surprising, given how much Dre's insecurities drive him; but here, he actually manages to grow and move past them. It's through giving back that Dre realizes how easy it is to become someone who is in need of charity rather than someone who can easily afford to share what they have.

Dre and Bow both have their own individual hangups about charitable giving. Bow prefers to go abroad and give back (distancing herself from her local neighborhood, it's worth noting, in order to perform free surgeries in South America), and she goads Dre — a total clotheshorse — into participating by giving away some of his favorite clothes. Of course, a simple sight gag stemming from Dre having two of the exact same green jacket winds up turning into an elaborate, neighborhood-wide misunderstanding, especially because Dre and the recipient cast-off clothes are both black men, rendering them practically interchangeable in the eyes of Dre's white neighbors.

Thematically, there isn't much of a connection between the philanthropy story and Junior trying to impress his younger siblings by driving them around. Junior is a nerd who struggles to fit in with his family members, and he's been looking forward to being a licensed driver so he can basically force Jack and Diane to spend time with him. The B-plot is showing how the family works with just three kids at home, now that Zoey is off at college getting Grown-ish. You could extrapolate that Junior is trying to give back to his siblings by taking them on an adventure — though, like other examples of philanthropy, he gets something out of it too — while the twins do wind up being pretty charitable by agreeing to hang out with him.

The end of the episode finds Dre a bit less concerned with ever being mistaken for a homeless man, and more invested in giving back beyond simply signing his name. The episode points out that the patriarch is still at the beginning of his journey (he hasn't really done much yet to help anyone, even his new friend), but the message is still actionable and applicable to people who aren't as rich as the Johnsons.

It's a bit subtler than black-ish's other calls to action, but this episode is a reminder to pause, reflect, and give back, even when it feels uncomfortable.