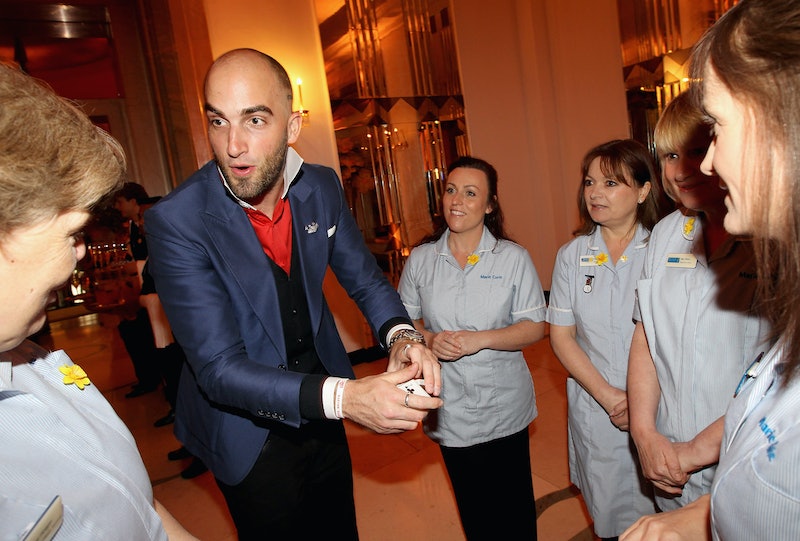 Magic, traditionally, is someone showing a secret ability that seems impossible to an audience, that audience being amazed, and the magician playing the trick off like it was no big deal, even if they risked their own life to do so. You'll hardly ever see magicians like David Blaine or Criss Angel drop their famously cool attitudes and be scared by one of their own stunts. However, that's exactly what happens when Death By Magic host Drummond Money-Coutts performs an illusion that involves him being trapped inside of a car filled with water on his new Netflix series. It genuinely seemed to rattle him. This aquatic automobile escape goes almost perfectly, but Money-Coutts admits that his own fear caused him to panic and make a mistake, resulting in his hand getting cut.

The conceit of Death By Magic is that Money-Coutts adapts tricks that have caused the deaths of other magicians. The series' third episode puts a spin on the Milk Can Escape that led to the death of a magician by the name of Genesta in 1930. The trick is a simple one: escape from a Milk Can filled with water. However, according to The Secret Life of Houdini: The Making of America's First Superhero by William Kalush and Larry Sloman, after the rigged Milk Can that was supposed to allow the magician to breath was dented prior to the performance, Genesta found himself unable to breath or escape the can. He was pulled out after two minutes submerged, and died soon after being rushed to a nearby hospital.

Money-Coutts, interested in putting his own twist on the trick, rigs an automobile to be pumped full of water while sitting above ground while handcuffed to the steering wheel and having his head chained to the roof of the car. While earlier episodes show him standing under heavy objects that an audience could drop on him, or taking a bullet to the chest with relative nonchalance, the prospect of being stuck underwater genuinely affects Money-Coutts.

The moments where he turns to the camera and expresses his hatred for the trick don't seem like a magician building the mystique of his own tricks, it looks more like someone genuinely uncomfortable with a task they've set up for themselves.

As Money-Coutts explains in the episode, he's long had a fear of the ocean, but a bad accident as a child when learning how to swim left him trapped underwater, and he almost drowned. When it comes time for the trick however, he does not drown — obviously. Part of the challenge of televised magic shows that have been edited and condensed is the the audience knows that Netflix isn't going to air a docu-series about a magician who dies halfway through. As impressive as the magic is, the threat of death seems when watching the show seems artificial because, as a viewer, there is no threat that we're going to see Money-Coutts die.

And yet, the moment following the act when he is getting bandaged up by a medical worker after cutting his hand, with tears in his eyes and with his voice shaking, something becomes clear — while the audience knows that Money-Coutts is going to make it out alive, during the filming of the show Money-Coutts did not. Money-Coutts' vulnerability in that moment twists the show from a mere showcase of spectacle into the psychological toll that a career cheating death can take on someone.

Of course, by the next episode Money-Coutts is back to his death-defying ways, but the audience knows that while the magician is keeping himself calm and collected for his live audience, in the back of his head there's a part of him that knows "this could go wrong," and that makes the latter episodes of Death By Magic all the more interesting.