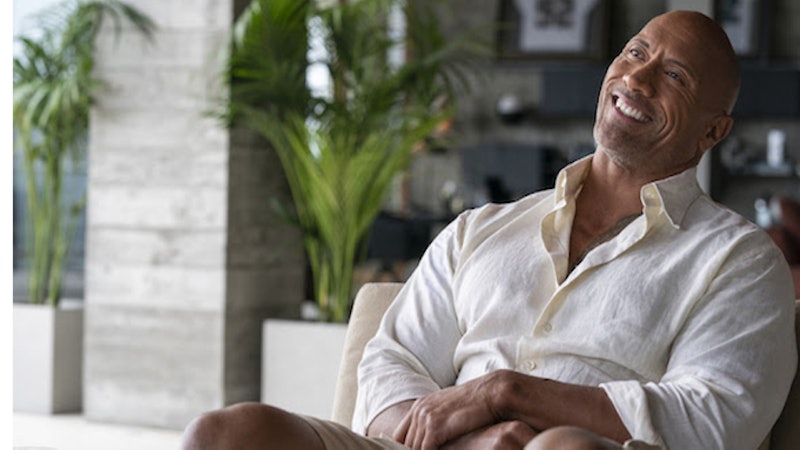 Is there anything Dwayne Johnson can't do? He's been in Disney movies, action movies, he's hosting competition shows, and of course, he has his own show on HBO, Ballers. But Johnson is about to be slightly less busy, because Ballers will not return for Season 6 — it's going the way of your favorite HBO shows like Sex and the City, Game of Thrones, and more.

In August, HBO announced that the fifth season of Ballers, created by Stephen Levinson and produced by Mark Wahlberg, Andy Garcia, and Peter Berg, would be its last, and that it wasn't a last-minute decision — producers went into Season 5 with an endgame in mind because they already knew that Season 5 would be the last one. According to The Hollywood Reporter, Ballers was, at the time, HBO's most-watched scripted comedy, averaging 834,000 same-day viewers for Season 4. Following the cancellation announcement, Johnson took to his Instagram to send gratitude to all the fans who loved and watched Ballers. "To me, the opportunity Ballers created for so many others, is the real gold of our show," he wrote.

Ballers started Season 1 with Johnson's Spencer Strasmore, a newly retired NFL player, figuring out his next moves. He reinvents himself as a financial manager for current NFL players, and plenty of comedy and drama ensue — think super yachts, injuries, blackmail, players having temper tantrums, agents having temper tantrums, managers having temper tantrums... you get the idea. Season 5 turned Spencer into an NFL team owner, which comes with its own set of problems and rules — one that he was pretty sure that he left behind when he retired. Where will it all end on Ballers? It's hard to say, but since Spencer's life is never, ever boring, it's definitely going to be an interesting ending.

And if you're worried about rewatching Ballers over and over again after it's over, well, you're in luck, because in addition to being able to rewatch the series on HBOGo, WarnerMedia's brand-new HBO Max streaming platform is expected, per Digital Trends, to house HBO shows like Ballers, VEEP, Game of Thrones, and The Larry Sanders Show. It's also going to host Friends when it expires from Netflix in 2020, Pretty Little Liars, Doctor Who, The Big Bang Theory, The Fresh Prince of Bel-Air, and more. It launches in 2020, and by then it sounds like Netflix and Hulu should be quivering in their metaphorical boots.

And don't worry about Johnson — besides starring in blockbuster movies like summer 2019's Hobbs & Shaw (as well as other The Fast & the Furious films) he's recently hosted NBC competition series The Titan Games and made an appearance on WWE's Friday Night SmackDown! on Fox. He also married his longtime girlfriend, Lauren Hashian, this summer, and the two have a young daughter, as well as his daughter from his previous marriage. Johnson will be fine, because this is a man who knows how to stay busy, television series or not.

More like this
Patrick Dempsey Explained Why Playing McDreamy Was Frustrating
By Grace Wehniainen
The 'Dead To Me' Creator Says Her Series Finale Idea “Felt Very True To The Show”
By Brad Witter
Will 'The Walking Dead' Return For Season 12?
By Grace Wehniainen
Our First Look At 'Vardy V Rooney: A Courtroom Drama' Doesn’t Disappoint
By Bustle UK
Get Even More From Bustle — Sign Up For The Newsletter