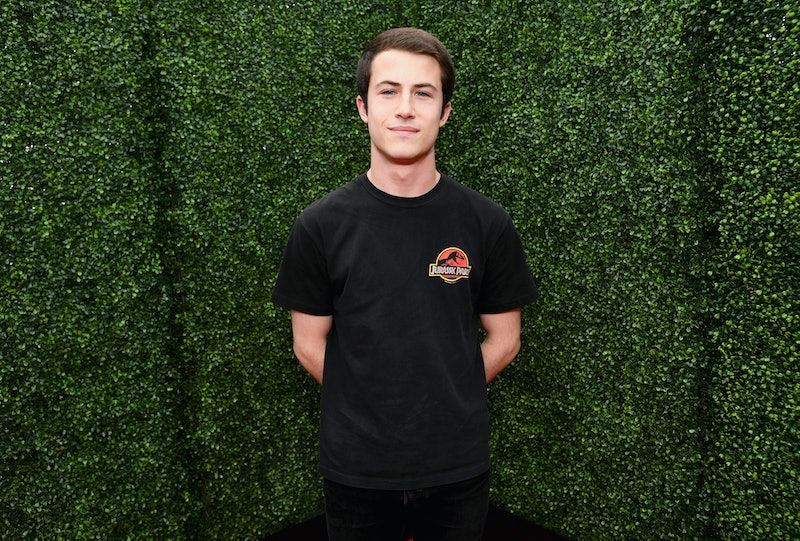 13 Reasons Why just ended with its fourth and final season, but it's never too late for the writer and producers to change their mind — especially if the show's main star is up for one more round. Dylan Minnette shared his 13 Reasons Why Season 5 idea in a recent interview, and it actually sounds like the perfect quarantine watch. During an interview with Variety Live published on Thursday, June 25, Minnette was asked what he thought his character Clay was up to during the COVID-19 pandemic, which inspired a brilliant idea for a potential fifth season.

"I think Clay is quarantined with his parents in Evergreen County," he said, laughing. "He was like going to college, and then, nope, he's stuck at home. Man, that would've been an interesting Season 5, huh? Clay being forced to be stuck inside. He's like, 'Finally I'm moving on and going to college,' and then, he's just stuck."

The host argued that maybe being locked inside was exactly what the Liberty High gang needs after all they've went through, but Minnette said that would be even more traumatizing for Clay — but provide for a very good show. "Yes, I guess unless you're Clay, who's living with ghost Justin, ghost Bryce, ghost Montgomery, ghost Hannah," he said. "It's all set in one room. Damn, actually we should have done this."

Spoiler alert for 13 Reasons Why Season 4. The hit Netflix show's final season saw Clay's mental health unravel as he and his friends tried to keep the identity of Bryce Walker's killer a secret, on top of dealing with their own, personal struggles. But he was dealt one final blow with the surprising death of his adopted brother Justin, before honoring his loved ones at the Liberty High graduation.

In the final scene, Clay drove off to college with his ride-or-die friend Tony, recalling one of the first scenes from Season 1. "I remember reading the script at the table read and being like, 'Oh, this is the perfect ending'," Minnette said in a separate interview with Entertainment Weekly. "In the first episode, there's the same exact mirrored shot of Clay and Tony in the Mustang driving through town wordless. I love that there was no big driving-away shot or music crescendo."

As Minnette told Variety, however, he doesn't think Clay has truly healed from high school. "You don’t see Clay fully recovered," he said. "You see him come to terms with what he’s struggling with — being able to say it in front of an entire school at graduation and be able to own it — and have an optimistic outlook on life… but you don’t see him recover." Sounds like there's definitely more story to tell in a potential Season 5, quarantine or no quarantine.