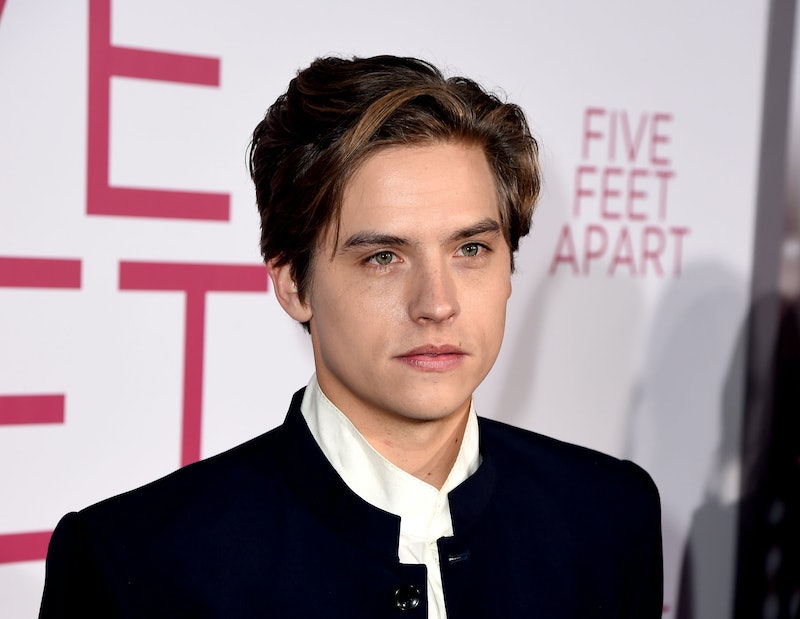 Cole Sprouse may be getting a lot of attention these days, thanks to his portrayal of Jughead on Riverdale, but his brother just landed the role of a lifetime that's sure to make One Direction fans swoon. Dylan Sprouse has been cast in the After sequel, titled After We Collided. The film will serve as the second installment in a five-part series based on Anna Todd's One Direction fanfic and accompanying novels. The first film, After, hit theaters earlier this year, and now Sprouse is gearing up to help bring another aspect of this fantasy world to life.

For those somewhat unfamiliar with the premise of the story, After centered around a college student, Tessa Young (played by Josephine Langford), who fell in love with a bad boy named Hardin Scott (played by Hero Fiennes-Tiffin) — a character who just so happens to share the same initials as a certain beloved One Direction member. So where will Sprouse fit into this second iteration? According to Teen Vogue, the actor will be portraying the role known to book readers as “F*cking Trevor,” who serves as one of Tessa's coworkers and one of Hardin's least favorite people. (Though that part was probably pretty obviously, considering his nickname.)

Sprouse confirmed this exciting piece of casting news himself on the official Instagram page of After in a brief video. “Hello everyone, I’m very excited to announce to you that I am playing Trevor in After We Collided," Sprouse can be heard saying in the uploaded clip. "I cannot wait to bring F*cking Trevor to life for you, and I’m excited for you all to see the finished content."

At this time an official release date for After We Collided remains unclear, though Sprouse did indicate on Twitter that he'll be heading off to start filming his scenes fairly soon. “Going to be filming in Hotlanta soon and can’t wait to keep y’all posted,” he tweeted on Monday, Aug. 5. So perhaps the sequel could hit theaters as early as 2020 if production is able to wrap things up quickly enough.

Additionally, Roger Kumble will serve as director for the new installment. He's best known for his work on the popular '90s film Cruel Intentions. You may have heard of it.

For her part, Todd is just as eager to jump back into the fanfic world she created. "I am beyond excited to begin the sequel to After!" Todd shared with Deadline during an interview in May, back when the sequel was first announced. "The fans made the first film a worldwide success and we are ready to bring them more of Hardin and Tessa in the sequel. This next film will truly capture the heart and feel of the books.”

Typically sequels have a tendency to never be quite as good as the original, but now that Sprouse has joined the team, this project could prove to be the exception to that rule. Needless to say, prepare to have your One Direction dreams come true.

More like this
Everything To Know About Marvel’s 'Thor: Love And Thunder'
By Grace Wehniainen
What Does Doctor Strange’s Third Eye Mean?
By Arya Roshanian
Wait, Did Wanda Die In 'Doctor Strange And The Multiverse Of Madness'?
By Arya Roshanian
The 'Hocus Pocus' Sequel Finally Has A Release Date & It Makes Total Sense
By Shannon Barbour and Radhika Menon
Get Even More From Bustle — Sign Up For The Newsletter