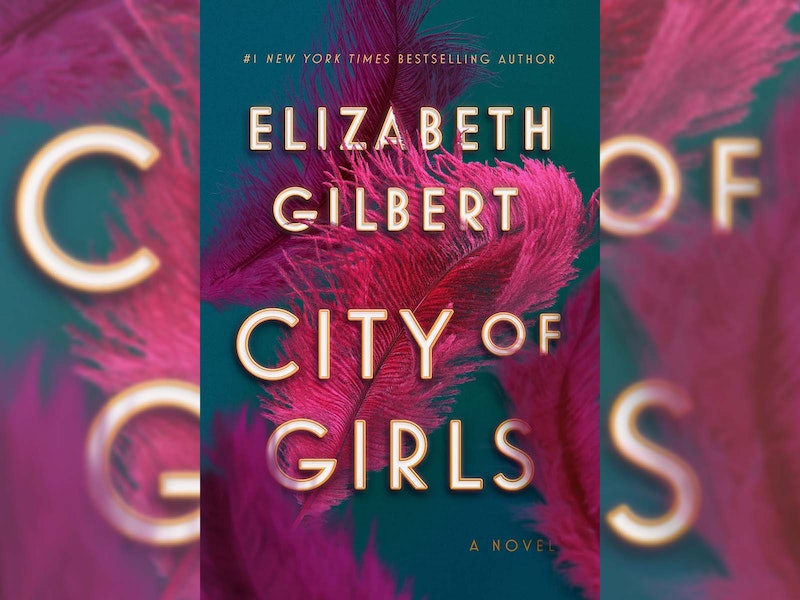 After the breakdown of her first marriage, author Elizabeth Gilbert set off on a life-changing travel and writing journey that would eventually become the subject of her 2006 memoir Eat Pray Love. Following the death of her partner Rayya Elias this past January, Gilbert once again turned to writing to help cope with heartache, only this time around, she turned to fiction. "I can tell you absolutely it's the lightest, funniest thing I've written out of the darkest grief," Gilbert told PEOPLE in an exclusive interview about her new novel City of Girls, which is being published by Riverhead in June 2019. That's right, there is a new book coming out by Elizabeth Gilbert.

Told from the perspective of an older woman who is looking back on her life, City of Girls is set in the New York City theater world of the 1940s. It follows Vivian Morris, a 19-year-old woman who, after being kicked out of Vassar College for poor academic performance, has been sent to live with her Aunt Peg in Manhattan. There, at Peg's dilapidated midtown theater, Vivian discovers a whole new world, one populated by unconventional characters, including fun and flirty showgirls, a gorgeous male actor, a glamorous actress, a charming writer, and a very serious stage manager. Of course, it isn't all fun and freedom, pleasure and promiscuity. When Vivian makes a personal mistake that results in professional scandal, she finds her new life turned upside down in ways she won't be able to fully understand for years to come.

A unique story about love and lust, female sexuality and desire, regret and redemption, City of Girls is said to be anything the author has ever published before. “This book is different from others that I’ve written in that it came from a place of me wanting a tonic for my own life to make me happy,” Gilbert told PEOPLE. “And I offer it that way, as a tonic. I told my editor I want this book to go down like a gin fizz.”

City of Girls by Elizabeth Gilbert, $28, Amazon or Indiebound

In the fall of 2016, just two months after revealing her separation from her second husband José Nunes, whom readers watched her fall for in Eat Pray Love, Gilbert announced she had found love again with Rayya Elias, the author's best friend of 15 years. Tragically, Elias had been diagnosed with pancreatic and liver cancer. The couple stayed together until Elias's death in January of 2018, and it wasn't until then that Gilbert began working on City of Girls again, the novel she stopped writing to care for Elias.

Though she is best known for her nonfiction books including Eat, Pray, Love and Big Magic, City of Girls isn't Gilbert's first foray into fiction. Her 2013 novel The Signature of All Things was named a Best Book of the Year by everyone from The New York Times and O Magazine to The Washington Post and The New Yorker.

“City of Girls is a delicious read, smart and fun and satisfying. I fully suspected that this would be a delectable, immersive book. What I didn’t know was that it would make me laugh out loud and underline passage after passage with its wisdom, that it would make me nod knowingly and also ultimately cry, from emotional connection," Riverhead's Editor in Chief Sarah McGrath said in a press release about Gilbert's new novel. "It’s a loving, knowing book. It’s a novel about finding liberation, about being yourself and fighting for what you need in order to find real happiness.”