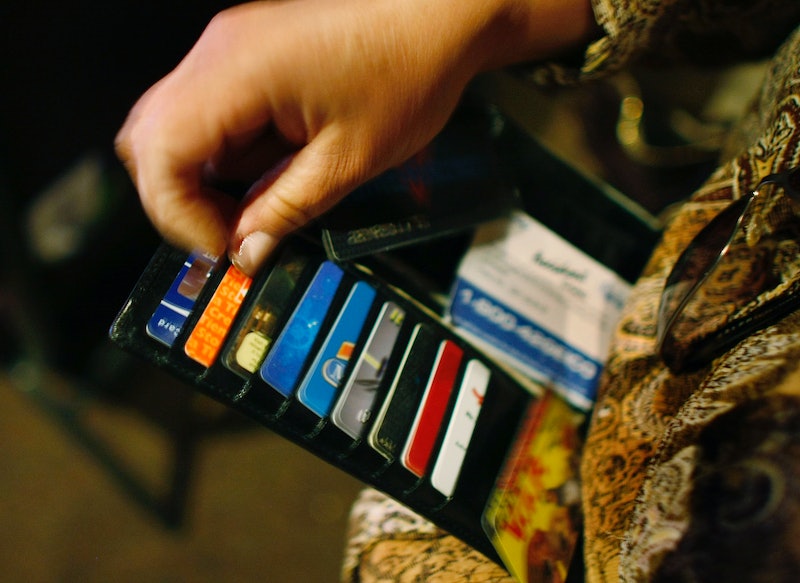 The same day as the State of the Union, a group of experts rang in one of the crucial topics Trump didn't really acknowledge in his annual address: the state of minimum wage in America. Via the Economic Policy Institute, over 100 economists wrote an open letter about minimum wage on Tuesday, signaling their support for a federal minimum wage of $15 by 2024. Of course, this increase would immediately help millions of people across the country — but multiple studies show it would help women and people of color the most.

In the letter, the economists wrote in part:

The letter continued, "The vast majority of employees who would benefit are adults — disproportionately women — in working families, who work at least 20 hours a week and depend on their earnings to make ends meet."

This point is underscored by many studies concerning minimum wage in America. One such study by the National Employment Law Project in 2016 reported that nearly half of female workers in the United States were earning less than $15 an hour at the time, and the majority of African-American and Latino workers were earning less than $15 an hour, as well.

Of course, some states have increased their wage minimums over the last two years. But in 2019, there are still no states with a minimum wage of $15. However, that's going to change soon: multiple states have announced plans to work toward a $15 minimum wage over the next several years, including California, New Jersey, New York, Massachusetts, as well as the District of Columbia. Additionally, some major cities like Seattle, San Francisco, and New York City have already implemented $15 minimum wage laws, according to The New York Times.

Progress is definitely being made. But still, the vast majority of states do not yet have plans toward that end, and have minimum wages between $7 and $10 an hour, according to the National Conference of State Legislatures.

According to the National Women's Law Center, two-thirds of minimum wage workers in the United States are currently women. So an increase to the federal minimum wage wouldn't just increase the quality of life for working class families across the country. It could also serve to close the wage gap between men and women in the United States, according to a 2014 report from Obama's White House on the issue.

In the open letter, the economists also immediately addressed how this federal wage increase would affect the nation's economy. They wrote:

A $15 minimum wage by 2024 would result in $121 billion in higher wages for 39.7 million low-wage workers, which would also benefit their families and their communities. Since lower-paid workers spend a large share of their additional earnings, this injection of wages would modestly stimulate consumer demand, business activity, and job growth.

To be clear, economists didn't address the letter to Trump, and specifically referenced a time stamp one full presidential cycle away. As the 2020 campaign trails heat up, you'll probably hear heightened dialogue around this issue.