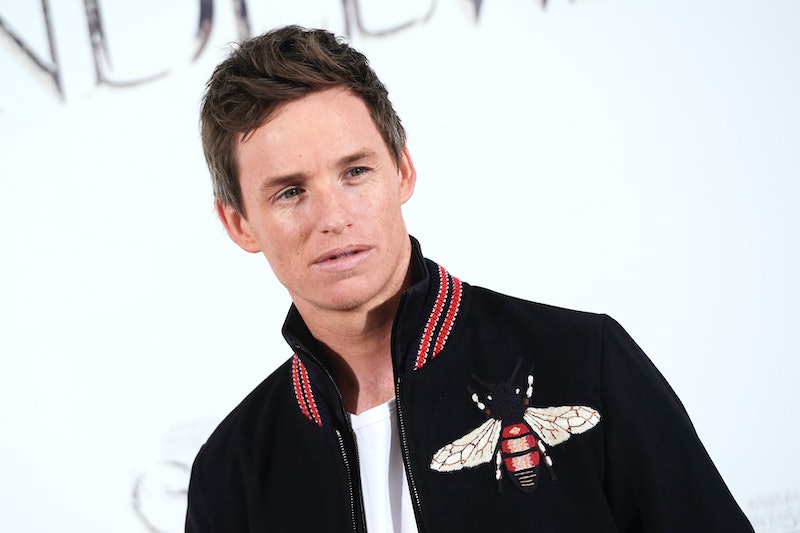 Last year fans of the iconic MTV reality show The Hills were left shook at the news that the series would be returning in 2019. The new series will reunite members of the original cast, and introduce viewers to a fresh batch of no-doubt beautiful Los Angeles residents. One surprising super fan of the U.S. hit is the British actor Eddie Redmayne, who recently revealed his love of The Hills.

As reported by the Daily Mail, the Academy Award-winning actor has admitted that he is "excited" to see the upcoming reboot, known as The Hills: New Beginnings, and spoke to W magazine about his "love-hate relationship" with original cast member, Heidi Montag. He said: "I'm quite excited because The Hills, which is my original reality TV guilty pleasure is coming back." Whilst providing a description of the MTV series, the 36 year-old said "various genetically beautiful people around LA just chatting to each other. It starts with Natasha Bedingfield’s song, which I didn’t buy the single of, but I might as well of." When asked about his favourite character from the hit reality show, the actor revealed "I was inclined to Heidi Montag, who I sort of had a bit of a love-hate relationship with."

The original run of The Hills ended after six successful years back in 2010, and followed the dramatic, yet glamorous lives of Lauren Conrad, Heidi Montag, Audrina Patridge, Whitney Port, Kristin Cavallari, Lo Bosworth, and Stephanie and Spencer Pratt, who were each navigating between their personal and professional lives for the world to see.

However, some fans might be disappointed to learn that not all of the original cast are returning for the new series. But don't worry, because familiar faces including the likes of Heidi Montag, Spencer Pratt, Audrina Patridge, Whitney Port, Stephanie Pratt and Brody Jenner will all be appearing in New Beginnings. The interesting lineup of newbies includes the British-born actress, Mischa Barton, who is best known for her role as Marissa Cooper in The O.C. - a show which was originally inspired by Laguna Beach: The Real Orange County, the series which gave us The Hills. According to Vulture, also joining the cast is Kaitlynn Carter, Jennifer Delgado, Ashley Wahler - who are the wives of Jenner, Frankie Delgado and Jason Wahler, respectively. And in October 2018 it was confirmed that the son of Pamela Anderson and Tommy Lee, Brandon Thomas Lee, would indeed be part of the series, reports Deadline.

The 30-second trailer of the upcoming new season was first released during the 2018 MTV Video Music Awards ceremony, and displays the famous Los Angeles backdrop to a remixed version of the show's iconic theme song, "Unwritten" by Natasha Bedingfield. In the background, the voice of Stephanie Pratt, who has also appeared in Celebrity Big Brother and Made in Chelsea, is heard uttering the sentence "t’s like we’re all growing up. It’s weird," which perhaps signals a more mature version of The Hills this time around. Either way, I cannot wait for the show's long-awaited return.

More like this
There’s A Brand New 'Drag Race' Spin-Off In The Works
By Sam Ramsden
Molly-Mae & Tommy Fury Shared The Cutest Gender Reveal Video
By Sophie McEvoy and Sam Ramsden
What Exactly Is The Bish & Chips Show?
By Frances Stewart
How To Get Tickets To 'Strictly Come Dancing's Live Tour
By Sophie McEvoy
Get The Very Best Of Bustle/UK