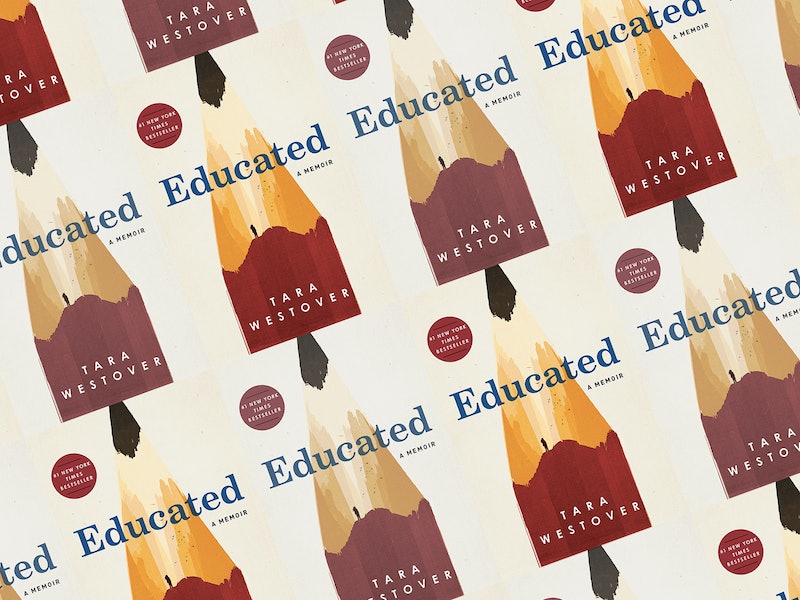 Bustle's I'm So Jealous series is dedicated to the books, TV shows, movies, podcasts, and more that super fans are so jealous someone else gets to experience for the first time. In this installment, Nina Bahadur writes about Tara Westover's Educated.

Last autumn, I stopped reading the news for a while. Since I graduated college seven years ago, it has been my full-time job to follow, cover, and respond to the news. That meant constantly checking Twitter, and the New York Times, and Longreads, and BuzzFeed News, and Reddit, then Twitter again, and local news sites. I cover whatever people will pay me to cover. I cried at my desk after the shootings at Sandy Hook Elementary and Pulse Nightclub and Stoneman Douglas High School. I watched a white supremacist murder Heather Heyer on live television. I watched Philando Castile’s girlfriend scream next to his body. I wrote about children killed at an Ariana Grande concert.

I was always alert and on call for the next tragedy. I told myself that sitting with these stories and trying to do right by the wronged was something I could do, and had to do. In reality, I had reached a point where my coverage of these events was not particularly meaningful, original, or important. Sometime around October, I had the privilege of being able to step away and look for other things to occupy the space in my head previously reserved for tracking the next piece of bad news.

I was always alert and on call for the next tragedy. I told myself that sitting with these stories and trying to do right by the wronged was something I could do, and had to do.

Have you ever picked up a book that was so engrossing, you could not focus on anything other than that story? For the hours I spent reading Educated by Tara Westover, I did not think about Dr. Christine Blasey Ford’s testimony, or the tsunami that hit Sulawesi, Indonesia, or Jamal Khashoggi’s death. I became a bystander in Westover’s world instead.

In Educated, Westover recounts growing up in a Mormon, survivalist family in rural Idaho. Westover doesn't know her birthday; she never attended school or saw a doctor as a child; and she first entered a classroom in college. Reviews focused on the main storyline: The incredible success story of a woman who never had an education as a child, yet earned a Ph.D. from Cambridge. It's certainly a compelling story — but I was hooked by the Westover family dynamics, which make this book so uniquely frustrating and fascinating.

Have you ever picked up a book that was so engrossing, you could not focus on anything other than that story?

Westover’s father — whom she suspects is mentally ill — is constantly preparing for the end times. He runs his household through paranoia and occasionally, violence. In the memoir, the reader follows Westover’s fruitless and sometimes agonizing search within her own family for "some longed-for defender, some fanciful champion, one who wouldn’t fling me into a storm, and who, if I was hurt, would make me whole."

Educated doesn’t have a neat ending or a comforting resolution. But far from being a letdown, the ending of the book was one of my favorite things about it. Instead of a happily ever after, the memoir closes on a note of cautious optimism, with true curiosity about the future. And when the book ended, I truly felt like I had spent the past few hours in a different place, which is an incredible gift.

If you’re picking up Educated for the first time: Order delivery and cancel your plans, so you don’t have to go out until you’re done. There are also some very gruesome descriptions of road accidents and junkyard injuries; it’s OK to skim over those.

If you love it and want more of the same: This is Westover’s first and only book, but The Girls by Emma Cline is a gripping novel with some similar ideas.

And if this book converts you into Westover’s biggest fan: We’ll have to wait and see what Westover does next — she told Goodreads that she’s working on a documentary, but hopes to write another book in the future.