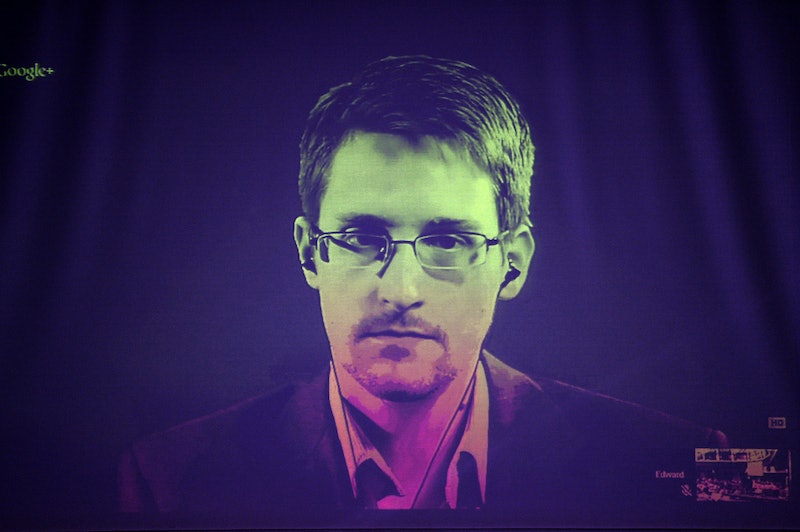 In one of his final acts as president, Barack Obama commuted the sentence of Chelsea Manning, who leaked a large collection of secret diplomatic cables from the U.S. State Department to WikiLeaks in 2010. But in the White House's statement about the decision, they made a point of clarifying that Edward Snowden, who, like Chelsea Manning, was a high-profile leaker during the Obama years, should not expect similar leniency.

The news of Manning's commutation was a surprise, especially considering the recent public controversies over WikiLeaks, which, according to U.S. intelligence agencies, was used by the Russian government to harm Democratic presidential candidate Hillary Clinton through leaks of stolen Democratic National Committee emails.

In response to the actions by the Obama administration, Snowden wrote on Twitter:

In five more months, you will be free. Thank you for what you did for everyone, Chelsea. Stay strong a while longer!

Let it be said here in earnest, with good heart: Thanks, Obama.

To all who campaigned for clemency on Manning's behalf these last hard years, thank you. You made this happen.

When commuting Manning's sentence, the Obama administration also announced a pardon for General James Cartwright, a former general who pled guilty to lying to the FBI about a leak to the journalist James Sanger related to cyberattacks against Iranian nuclear facilities, along with more than 200 other commutations and more than 60 other pardons. But Snowden was not among that list. White House Press Secretary Josh Earnest said Friday:

Chelsea Manning is somebody who went through the military criminal justice process, was exposed to due process, was found guilty, was sentenced for her crimes, and she acknowledged wrongdoing. Mr. Snowden fled into the arms of an adversary, and has sought refuge in a country that most recently made a concerted effort to undermine confidence in our democracy.

Snowden, who was granted asylum in Russia, continues to live far away from the United States avoiding charges related to leaks regarding the NSA's phone data collection practices. But from afar, he celebrated Manning's commutation, and with pointed gratitude for Obama.