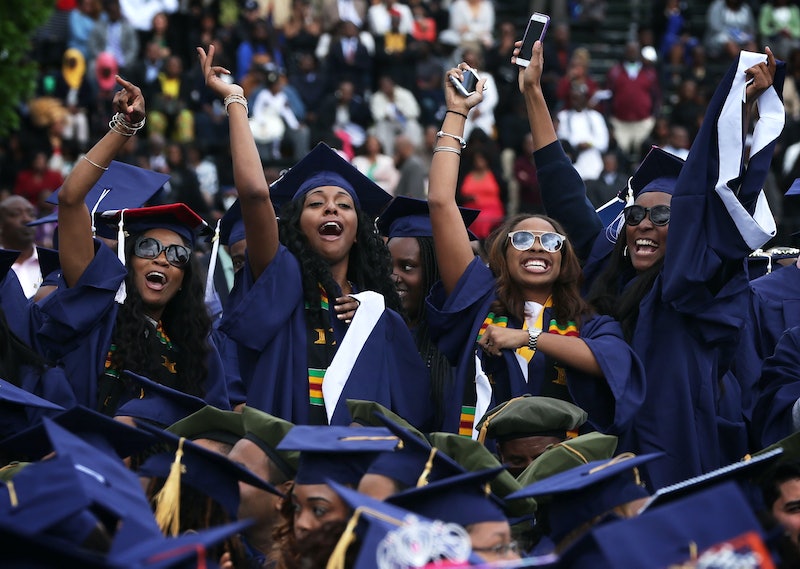 In this op-ed, writer Nylah Burton lays out why Elizabeth Warren's plan to fund Historically Black Colleges and Universities is especially meaningful to her as someone with a lifelong connection to an HBCU.

Of the 2020 presidential hopefuls, Elizabeth Warren has made the most effort to address the effects of systemic racism in her policy proposals. This includes the recent unveiling of her comprehensive and transformational education policy proposals, which include plans to cancel some student loan debt and fund Historically Black Colleges and Universities (HBCUs).

In a Medium post outlining her plan, Warren stated that although these proposals will impact a broad swath of the middle-class, they will also specifically help people of color be successful. The education proposal would cancel $50,000 in student loan debt for every household that makes less than $100,000 per year, and research has shown that student loan debt hits black graduates the hardest.

Warren’s plan will allow other institutions that serve marginalized ethnic groups, like Tribal Colleges and Universities (TCUs) and Hispanic-Serving Institutions (HSIs), to be eligible for the same funding offered to HBCUs. Colleges will also be offered incentives to increase graduation and enrollment rates for students of color, and funding will be stripped from for-profit colleges that target students of color.

While calling for the disbursement of at least $50 billion in aid for HBCUs, Warren wrote that “For decades, Black Americans were kept out of higher education by virtue of overtly discriminatory policies. Even as the civil rights movement rolled back racially discriminatory admissions policies, the stratification of our higher education system kept students of color concentrated in under-resourced institutions and left them vulnerable to predatory actors.”

Warren’s plan would provide the money needed to continue these traditions for generations to come.

HBCUs are in danger. The historic all-women Bennett College is struggling to keep its doors open, and in recent years, other HBCUs like St. Paul’s College and the Lewis College of Business have had to close. As someone who went to Howard University, an HBCU in Washington, D.C., it’s incredibly validating to see a 2020 presidential candidate acknowledge the importance of these institutions, most of which are underfunded, to Black communities.

Beyonce’s new Netflix documentary Homecoming showed the world how beautiful HBCU culture is and how unapologetically Black it is. She revealed how the colleges are gorgeous testaments to the endurance of our people and culture. When I was a child growing up in D.C., most of my family worked for or attended Howard University. I grew up going to preschool on Howard’s campus, I did my math homework in Founders Library, and I tagged along to my grandmother’s doctorate classes. I was immersed in my own history, and I was able to see intellectual giants that looked like me, who had the same family stories and culture as me. Warren’s plan would provide the money needed to continue these traditions for generations to come.

As a Howard student, studying Black history and culture helped me realize what kind of writer I wanted to be: one that unapologetically and fiercely tried to center her people in her work. It’s given me the knowledge and confidence to shape my own voice and present my perspectives in the journalism field, which is dominated by white voices and white perspectives.

Having Black professors and mentors formed a strong support network for me that so many Black students across the country will never get the chance to experience. And even though HBCUs are frequently castigated for being insulated and homogeneous, Howard University’s famous Yard — the one that white gentrifiers won’t stop walking their dogs on — was one of the most diverse places you could ever imagine. It seemed that people of every iteration of Blackness, from different countries, backgrounds, religions, and perspectives, congregated here to learn and live and love with each other. I also met my amazing partner while we were both students there.

While going to Howard was a beautiful experience, it wasn’t always an easy one. Dealing with the administration was frustrating, invalidating, and unproductive. And after being sexually assaulted, it was difficult to access the support I needed to get through my classes. A lot of other people I knew had to drop out of Howard because they couldn’t afford to pay tuition any longer.

These are issues that Warren’s proposal, with its $50 billion dollars in funding for HBCUs, could help address. It would enable students of HBCUs (especially those with even less funding than Howard) to graduate without crushing student loan debt and with more of the resources that they need, like academic advising and mental health treatment. More funding for HBCUs would also preserve institutions that are vital for the survival of the Black community.

If Howard University didn’t exist, the best parts of my life wouldn’t exist, either. Warren demonstrating a commitment to funding HBCUs early on in the presidential race helps assure me that as president, she would ensure that Black people like me get access to the kind of transformative education I had.