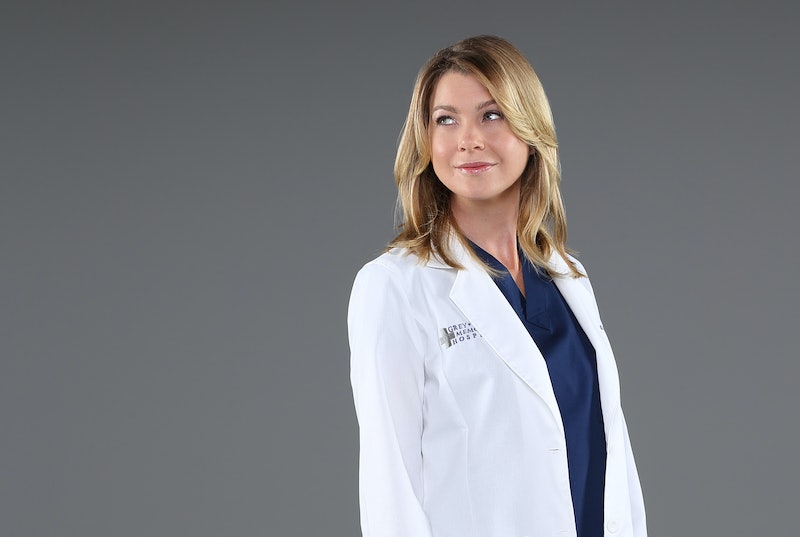 It's difficult to believe that Grey's Anatomy has been on the air for a total of 15 seasons with no indication of slowing down. That momentum is in no small part thanks to the series' lead star Ellen Pompeo, who has portrayed Meredith Grey since the show's inception. But much like the obstacles her on-screen counterpart has faced, working on the set hasn't always been smooth-sailing. In fact, there were multiple moments when Ellen Pompeo almost left Grey's Anatomy, but she ultimately convinced herself to stay for one very important reason.

"It's funny: I never wanted off the bus in the year that I could get off," Pompeo shared with Empire star Taraji P. Henson in a conversation for Variety published Wednesday, June 5. "The first 10 years we had serious culture issues, very bad behavior, really toxic work environment. But once I started having kids, it became no longer about me. I need to provide for my family." She added, "At 40 years old, where am I ever going to get this kind of money? I need to take care of my kids."

That's at least why the Grey's star said she initially decided to stick with it, but over time it also became about something else that was just as important as taking care of her family.

"After Season 10, we had some big shifts in front of the camera, behind the camera. It became my goal to have an experience there that I could be happy and proud about, because we had so much turmoil for 10 years," Pompeo explained during the same Variety interview. "My mission became, this can't be fantastic to the public and a disaster behind the scenes. [Grey's Anatomy creator] Shonda Rhimes and I decided to rewrite the ending of this story. That's what's kept me."

The actor continued, explaining that she was invigorated by the challenge that came when the show lost its male lead. "Patrick Dempsey left the show in Season 11, and the studio and network believed the show could not go on without the male lead. So I had a mission to prove that it could. I was on a double mission."

Considering that Grey's Anatomy just got picked up for two more seasons by ABC, extending the show up to a record-breaking Season 17, it seems both Pompeo and Rhimes have more than succeeded in accomplishing that mission. Sure, Dempsey's character McDreamy is missed by many — and even mentioned occasionally on the show itself — but this has always been Meredith's story. Heck, the series is even named after her. Fans are invested in her journey, watching as she coped with death, fell in love, and struggled to forge her own path in the medical field. Pompeo made Meredith someone worth rooting for, which is why it's comforting to see her finally reaping the benefits of her efforts without any of the toxicity that used to evidently exist on set.

Pompeo has been a little back and forth in regards to how long she intends on staying with the show in the future. But considering how much happier she seems to feel about what the show (and she herself) is accomplishing, there could be many more years of Sloan Memorial moments in our future.