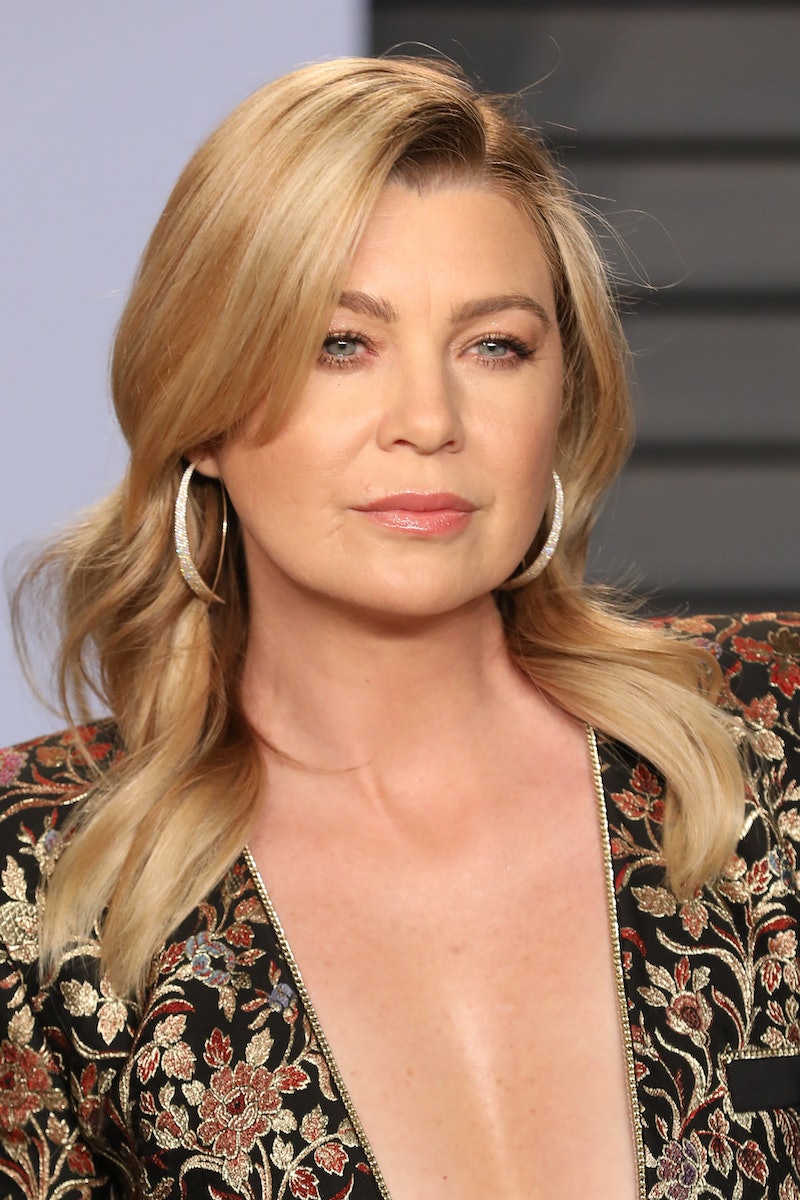 Kobe Bryant's death has brought an increased awareness on the safety of helicopter travel, but it's also brought new scrutiny on tabloids. On Tuesday, Jan. 28, Grey's Anatomy star Ellen Pompeo called out TMZ for their coverage of Kobe Bryant's death after it was reported that the celebrity gossip site broke the news before his family could be notified. The actor also scolded the controversial website for their history of publishing exploitative photos of women and abuse victims, and personally tagged TMZ owner Harvey Levin in a series of tweets. Bustle has reached out to a representative for TMZ and Levin, but did not receive an immediate response.

TMZ was the first to report that legendary Los Angeles Lakers player Bryant had died in a helicopter crash on Sunday, Jan. 26. Since then, online before families of the nine victims in the crash, which also included Bryant's 13-year-old daughter Gianna, were notified of their deaths. However, Levin refuted the claim that Bryant's wife Vanessa wasn't notified before the story went live. "We dealt with Kobe's people... and we were told very clearly that she had been notified," Levin insisted during an interview with KNX's In-Depth. Though he also admitted that it's possible families of the other victims of the crash had not been notified when he published the piece.

On Twitter, Pompeo speculated that police departments were the ones who send TMZ pressing tips, like Bryant's death, right as it happens. "I wonder why police departments give @HarveyLevinTMZ all this sensitive info?," she wrote. In his radio interview, Levin confirmed that he received a tip from a law enforcement source, according to the New York Post.

The actor then continued to call out Levin for the site's history of publishing invasive photos of assault victims, particularly of women. "I wonder why @HarveyLevinTMZ puts out photos of women who have been attacked or assaulted ... who were victims? Exploiting women who have been abused... why is this guy still in business at all?"

Pompeo continued, calling "time's up" on TMZ and the site's M.O., classifying it as "emotional abuse" for assault victims and the loved ones of those who died. "We should be furious about the history of this media outlet regarding women," she wrote. "So many peoples lives will never be the same after this tragedy... But you got your scoop. Hope you sleep well at night @HarveyLevinTMZ I’m sure you do..."

Pompeo is not the only one taking TMZ to task. Law enforcement officials also criticized the website for leaking Bryant's death to the public before they were able to notify victims' families. "It would be extremely disrespectful to understand that your loved one... perished and you learn about it from TMZ," Los Angeles County Sheriff Alex Villanueva told reporters at a press conference, as reported by CNN. "That is just wholly inappropriate."