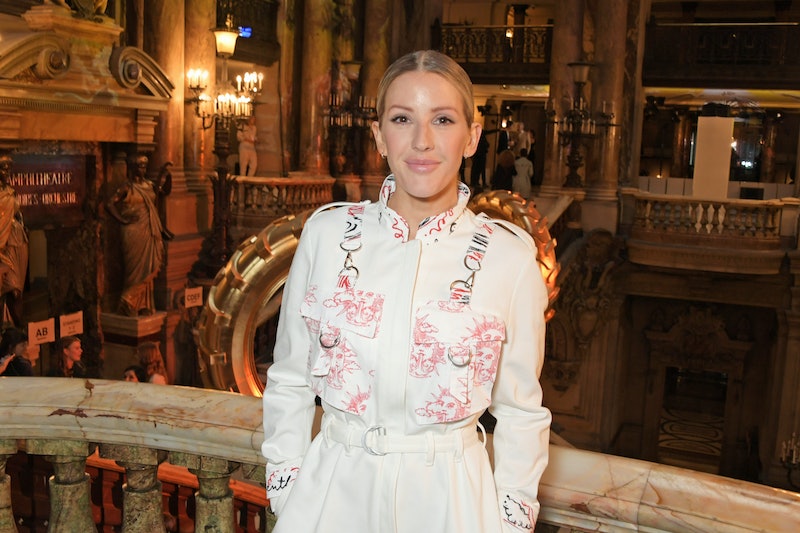 Now in its fifth series, Fearne Cotton's Happy Place podcast featured Ellie Goulding, who has released several singles this year with the latest being 'Hate Me' in June. The pair talked about this and future releases, but they also shone a light on mental health after Ellie Goulding revealed how she coped with sudden fame, and that it often involved alcohol.

Goulding's first single 'Under The Sheets' came out in 2009, which was followed by the release of her debut record Lights in 2010 which reached the No. 1 spot on the UK Album Charts, as BBC News reports. "I had to be a fake person to deal with the surreal situation I was in," the singer told Cotton (via the Independent). "Usually for me it involved alcohol. I assumed I couldn't be good enough, smart, funny, or crazy enough to be with certain people without it."

Cotton and Goulding have "known each other since the early days", as the singer wrote on Twitter, with one of their first meetings being in 2010 during Goulding's Live Lounge performance of 'Starry Eyed'. In the podcast, the artist spoke about how alcohol had a role in those Live Lounge performances as well. "I would say, 'Right, I've got to drink this morning because I've got this interview and I don't really know how to answer the questions, because I don't really know who I am anymore," she said (via BBC Newsbeat). "I thought drinking would at least make me a bit more funny, or interesting."

Goulding said that despite using alcohol to help her in anxious situations, she didn't rely on it. "I wasn't an alcoholic. I could go months without a drink too," she said. As Newsbeat reports, the singer took a break from music in 2016, and she also told Cotton that "she'd had therapy to try and deal with anger issues."

Alongside that, she found strength in her relationship with Caspar Jopling. The pair met at a dinner organised by Princess Eugenie, as the Telegraph reports. They got married over the summer, and Goulding spoke about how much he helped during her tougher times. "When I met Caspar, this anger thing just went away," she said.

"At first it didn't. I did that thing we all do when we first meet someone you really like and you... don't possibly show any of your bad traits. With Caspar I instantly felt calmer."

You can listen to Fearne Cotton's Happy Place here.