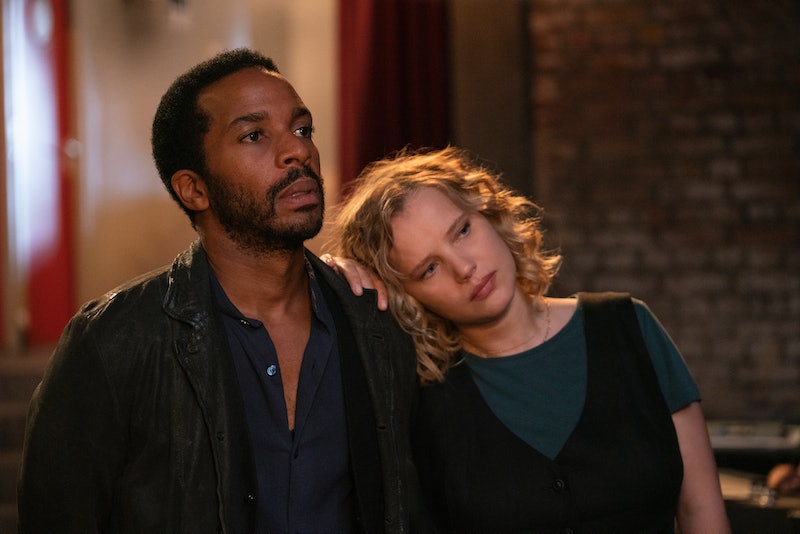 Though The Eddy focuses on several different artists who perform at the eponymous jazz club, it wouldn't exist without owner Elliot Udo. Played by Andre Holland, Elliot is an ex-pianist from New York City who moves to Paris to escape a traumatic event in his life. Though it's unlikely that The Eddy's Elliot Udo is based on a real person, Holland drew inspiration from real life jazz artists for his portrayal of the world-weary club owner.

When we first meet Elliot, he's a man down on his luck. His club is dingy and the performances aren't drawing in huge crowds. His moped is broken, and his estranged daughter has just arrived in Paris to come live with him. “Elliott is a man who has lived his life in that same way, trying to always do the right thing and play the right music, and please the right people,” Holland explained to W Magazine. “But the thing he hasn’t taken the time to do is investigate himself in a real way, to deal with his own grief.”

Holland added that The Eddy is a “story about second chances,” and the return of his daughter Julie (Amandla Stenberg) represents a chance to "find forgiveness for himself, and to move himself out of the grief cycle."

According to director and producer Alan Poul, The Eddy's story wasn't built around Elliot; rather, the music and the Paris setting came first. This suggests that Elliot isn't meant to be one single historical figure, but rather a stand-in character for every musician struggling to make it on the jazz scene. "The process was songs, idea, book your collaborator, and finally the writer," Poul explained to Discussing Film. "It was kind of in reverse of the way you normally put together a television show."

Elliot may be fictional, but Holland did plenty of research into the French and American jazz history. “I read a bunch of books about black music and where it came from,” he explained to IndieWire. Amiri Baraka’s book Blues People, which explores how jazz grew out of slavery work songs, proved to be an invaluable resource for him. “I spoke with a bunch of scholars [and] friends of mine who work in this space, who were able to open my eyes to some of the deeper connections that black people have to music, to this music in particular," he said.

The character of Elliot seemingly pays homage to numerous artists. For example, Miles Davis was an acclaimed jazz trumpeter who, like Elliot, grew up in New York City but felt a strong connection to Paris' art scene. Elliot is also a jazz pianist like John Lewis and Thelonius Monk, who similarly grew up in NYC before performing in Paris for a time. Elliot also pays tribute to jazz drummer Kenny Clarke, who briefly lived in Paris and helped choose performers for their first International Jazz Festival.

Elliot may not be a real figure, but he does shed light on the "real" Paris, which is more diverse, unique, and thriving than most tourists may have realized.