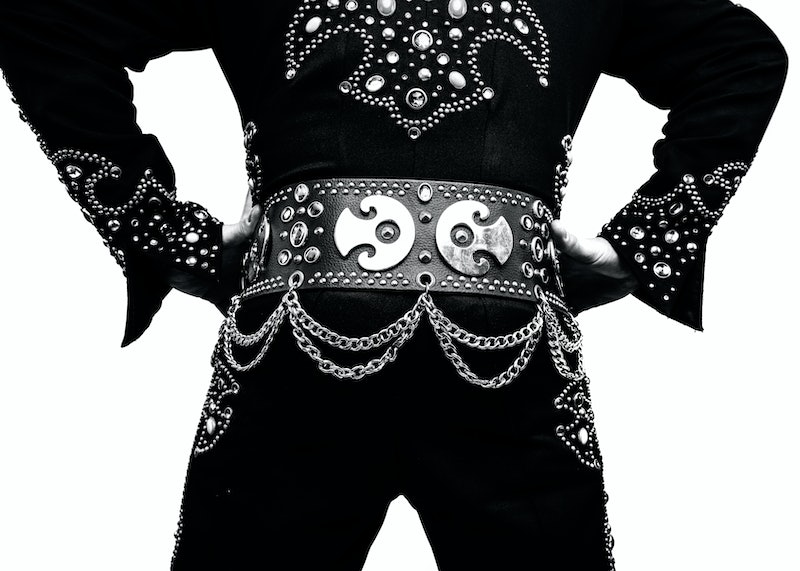 After winning a close vote at a state Libertarian Party convention over the weekend, a man named Elvis Presley is officially running for Congress in Arkansas. Presley is an Elvis impersonator who legally changed his name to match that of the iconic rock-and-roller, and he's now the Libertarian candidate for Arkansas's first congressional seat, Arkansas Online reported Sunday.

This isn't Presley's first foray into Arkansas politics. In past years, he's run for governor, land commissioner, and a seat in the state legislature, the Associated Press reported. According to Arkansas Online, his birth name is unknown.

The Libertarian Party of Arkansas nominated a slate of candidates on Saturday to run for various local and statewide offices, including governor, attorney general, and both chambers of the state legislature. Presley narrowly defeated "none of the above" in a 20-18 vote to become the party's candidate in the first congressional district.

If past is any precedence, most of these candidates will lose: There's currently only one Libertarian Party officeholder — Mineral Springs Mayor Bobby Tullis — in the entire state Arkansas, and the party's last gubernatorial nominee received only 1.9 percent of the vote. This time, the party is hoping to get three percent of the vote, which would give it automatic ballot access in future elections.

Although Presley styles himself after the famous "Hound Dog" singer, the real Elvis might disagree with the candidate on at least one high-profile policy issue: Drug legalization. Most Libertarians strongly oppose the war on drugs, an outgrowth of the party's general opposition to empowering the federal government. Indeed, this is one of the Libertarian Party of Arkansas's official policy positions, according to its website.

The real Elvis wasn't so permissive toward U.S. drug policy, however. Despite his bad-boy image (and reported personal drug use), Elvis wrote to then-President Nixon in 1970 to offer his services as a foot soldier in the war on drugs.

"I have done an in-depth study of drug abuse and Communist brainwashing4techniques and I am right in the middle of the whole thing where I can and will do the most good," Elvis wrote the president. "The drug culture, the hippie elements, the SDS, Black Panthers, etc. do not consider me as their enemy — or as they call it, the establishment. I call it America and I love it."

According to the Los Angeles Times, Nixon and his advisors ultimately decided that having the president rub shoulders with a beloved celebrity like Elvis could give some much-needed positive publicity to the White House, and so a meeting was arranged. Upon arriving in the Oval Office, Elvis asked for the president to make him federal agent at-large for the DEA's predecessor agency, the Bureau of Narcotics and Dangerous Drugs.

"Get him the badge," Nixon told an aide, according to the Times. The two then posed for a photo; according to the Smithsonian, it subsequently became the most requested photo in the history of the National Archives.

Candidate Presley, meanwhile, hasn't publicly stated a position on drug legalization. Indeed, he doesn't appear to have an official campaign website at all, so it's a bit unclear exactly where he stands on the question of drug legalization, or any other area of policy. But if he adopts his party's official stance on the question and opposes the drug war, that would seem to put him in contrast with his namesake.

Presley will be running against Republican Rep. Rick Crawford, who has represented the district since 2011. In 2016, Crawford won reelection easily, defeating the Libertarian Party's candidate — there was no Democrat in the race — by over 50 points.

More like this
Michigan’s Governor Is “Going To Fight Like Hell” To Protect Abortion Access
By Andrea Zelinski
Lisa Marie Presley Reviewed Baz Luhrmann’s ‘Elvis’ Movie On Twitter
By Grace Wehniainen
How To Fight For Reproductive Rights, Based On How Much Time You Have
By Courtney Young
LGBT+ Men Fleeing Afghanistan Were Denied Asylum By The Home Office, New Findings Show
By Sam Ramsden
Get Even More From Bustle — Sign Up For The Newsletter