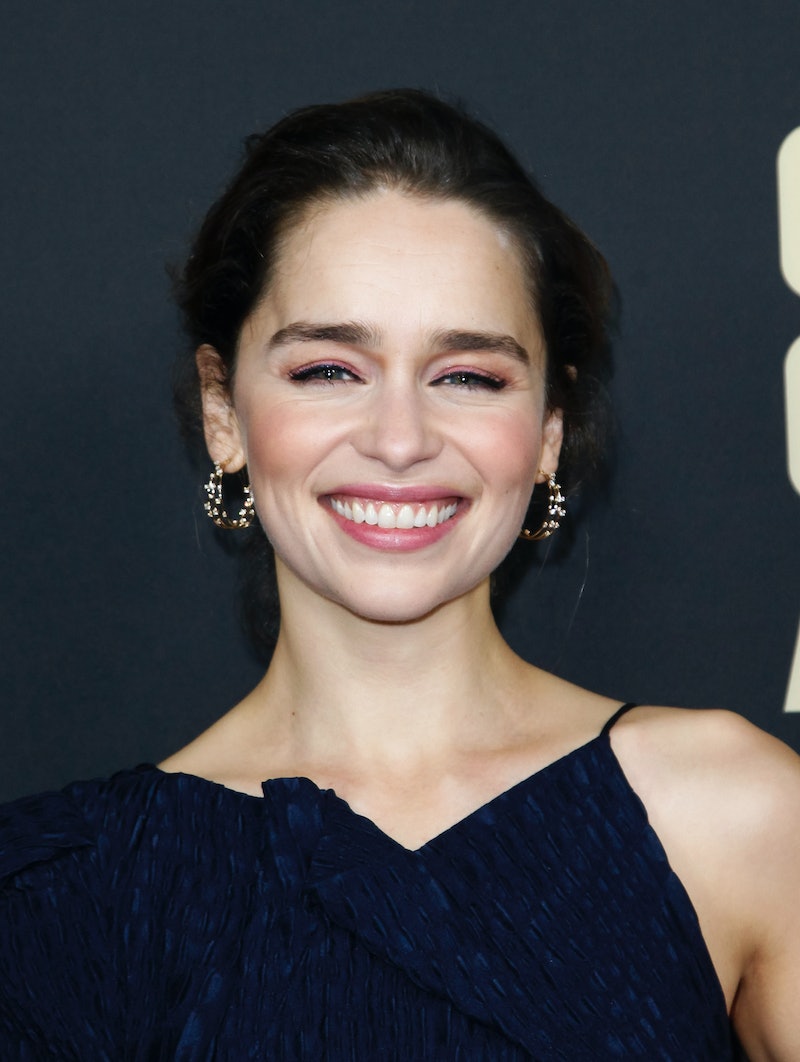 Ahead of the Golden Globes, Emilia Clarke joked she's a better elf than Will Ferrell. The Game of Thrones star made her bold (and controversial claim) in a fun video for Vanity Fair. In the video, she's attached to a lie detector and asked a myriad of questions, including one about her role as a holiday helper in her latest film, Last Christmas.

In the movie, Clarke plays Kate, an aspiring singer who works at a year-round Christmas shop where her uniform is, you guessed it, elf-inspired. "Would you say you're a more believable elf than this person?" the Vanity Fair interviewer asks in the video, handing her a photo of Ferrell's Buddy the Elf. Clarke chuckles. "Yep," she says. "I kind of went pretty method and I took as much inspiration from him as possible, though."

Or not. When the interviewer asked the lie detector professional if Clarke is being truthful, she responds with, "That's questionable." Clarke thought she could get away with it. "Dammit," she says. "Well, I tried."

Vanity Fair also asks her about the number of languages she speaks. Aside from English, she says she speaks "a pitiful amount" of Italian and an equally pitiful amount of Dothraki, one of the fictional languages presented in Game of Thrones. "They never gave us the language. They would only ever give me what to say, as in what I was specifically saying in that scene," she says. She recites the term for "blood of my blood." "And that's all I remember folks," she says. "From eight years of shooting a show in Dothraki." The lie detector says that's the truth.

Last Christmas wasn't met with rave reviews from critics, but audiences responded to the holiday film. To date, the movie has made more than $100 million at the box office worldwide. And while it did give Clarke the chance to don an elf costume, it also allowed her to sing on camera — an experience she found scary and rewarding. "I'm genuinely at my happiest when I am singing," she told NPR in a November interview. "However: Doing it on camera in front of a lot of people, and doing it, you know, with George's perfect song was — every time before I sing I just think I'm getting tonsillitis, or my throat is closing up or something. So it took a lot of courage, but I got there."

And while it's debatable whether or not her elf skills are more impressive than Ferrell's, there's no doubt that she wowed with her rendition of "Last Christmas."

The 77th Golden Globe Awards will take place on Sunday, Jan. 5 and will be broadcast live on NBC at 8 p.m. ET.