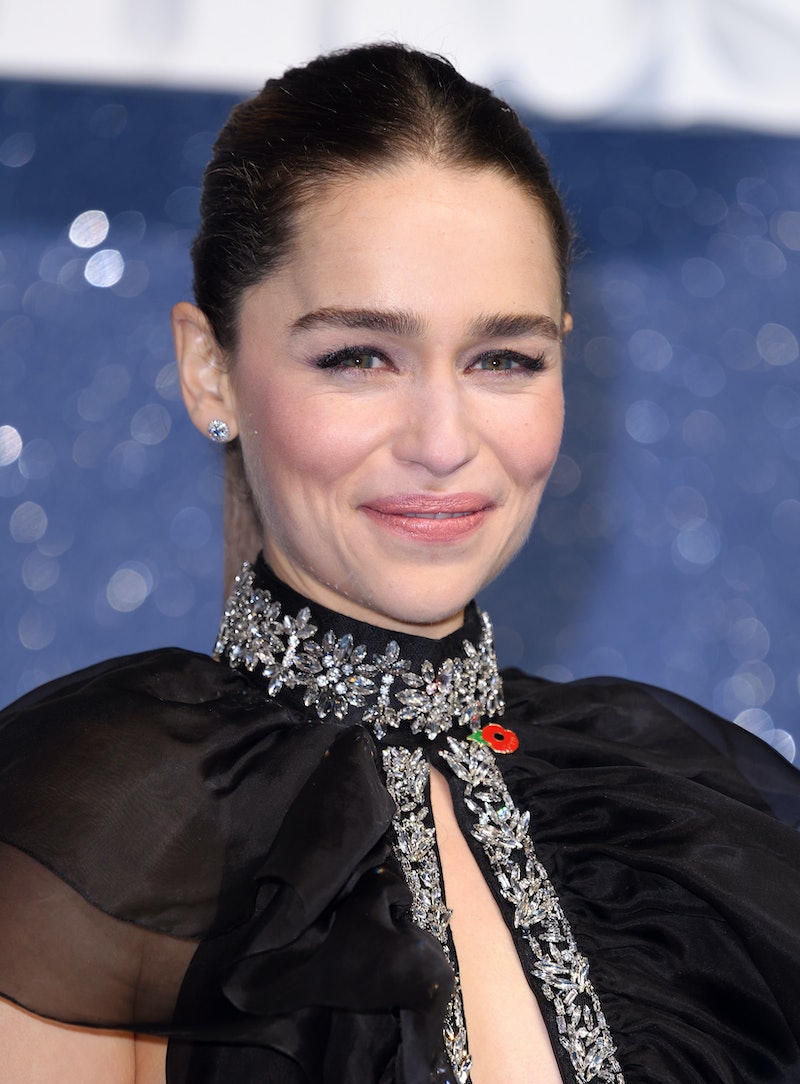 For purposes of self preservation, Emilia Clarke no longer takes selfies with her fans. In an interview on the podcast Table Manners with Jessie Ware last week, the Game of Thrones star opened up about her decision to implement a no selfies rule after she suffered a panic attack that left her in tears. The stressful incident prompted the British actor to reexamine the way she interacts with her fans in the public.

In the podcast, Clarke explained that she experienced a panic attack brought on “by complete exhaustion” while she was walking through an airport. “I was on my own. I was on the phone to my mum saying, ‘I feel like I can’t breathe, I don’t know what’s going on,’” she told Ware. “I’m there and the tears are coming out. I’m crying and crying, [and] this guy’s like, ‘Can I get a selfie?’”

Clarke continued, “I was like, ‘I can’t breathe, I’m really sorry. Just having a minute.’ It was after a few moments like that where I was like, ‘I don’t know how to do this.’” In lieu of selfies, the Last Christmas actor explained she would only sign items for fans in an effort to make future interactions more personal and less intrusive.

“When you do that, you have to have an interaction with that person, as opposed to someone just going, ‘Oi, give us a selfie. Goodbye,’” Clarke said. “[The experience then] turns into, 'What's your name? Who am I making it out to?’ Then you have a chat and you’re actually having a truthful human-to-human thing.”

In the podcast, Clarke also recalled the time a fan woke her up on a flight with a selfie request. While the actor understands that photo requests are a huge part of being a public figure, she expressed an interest in alternative means of connection. "When someone's asking me for a selfie, I want to be able to provide for them what it is they're after," Clarke said. "I've just been trying to navigate how I can do it without feeling like my soul is completely empty."

Clarke burst into the pop culture zeitgeist in 2011 as Daenerys Targaryen in the hit HBO drama series Game of Thrones. Based on the best-selling fantasy novels by George R.R. Martin, the show wrapped its eighth and final season in May. In an interview with Allure that month, Clarke reflected on the show's legacy and how she avoids public recognition now that she's a household name. “I move like a shark when I'm in public,” she said. "Heads down. I think I've got quite bad posture because of it, because I'm determined to lead a normal life. So I just move too quickly for anyone to register if it's me or not.”

In sum, fans should avoid all selfie requests were they to ever encounter Clarke, who moves like a shark, in public — but just know that she's all for having a meaningful interaction with her fans.