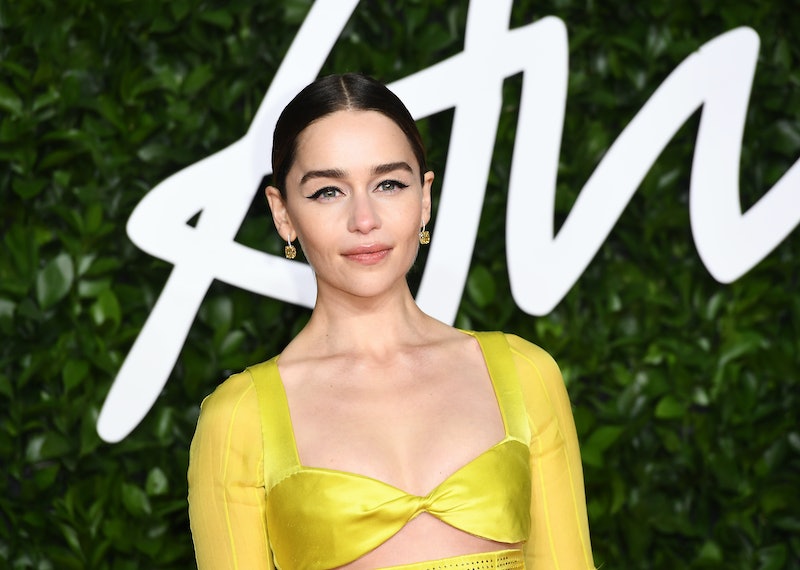 Now that celebrities can reach their fans on a more personal level over social media, the lines between celebrity and activist have blurred. Many actors, musicians, and models use their platforms to raise awareness about the issues they care about. And several famous faces have joined 2000 supporters in signing an open letter to global leaders asking them to “tackle the emergency facing people and planet” including hunger, poverty, education, and climate change. Little Women’s Emma Watson and Game Of Thrones Emilia Clarke's names appear alongside Malala Yousafzai, Dr Jane Goodall, and #MeToo founder Tarana Burke urging leaders to take action.

The letter was published on the Global Goals website alongside a video illustrating the campaigners' points. In 2015 the UN committed to the Global Goals for Sustainable Development Plan which agreed to tackle the problems mentioned in the new open letter by 2030. Danny Boyle, Emilia Clarke, Spike Lee, Idris Elba, Richard Curtis, Stephen Fry, and Thandie Newton were among the celebrities who signed the open letter.

“[Five] years ago, at the United Nations, 193 countries committed to the Global Goals for Sustainable Development,” it reads in part. “A historic plan to end extreme poverty, conquer inequality and fix the climate crisis. Look at our world now. Our climate is heating up. Natural disasters are increasing. Millions flee their homes.

“Children suffer without vital food and healthcare. Activists are murdered for their views. Girls and women are refused an education and subjected to discrimination and violence. But we still dare to hope that in 2020 you will act decisively and courageously and kickstart a Decade of Action. We need you to act faster. To find the finance. To track implementation. To unlock radical solutions. We are watching you. And we will fight every day, for people, for the planet.”

Eradicating hunger and poverty, and reducing inequalities globally were some of the issues that the activists and 2000 supporters implored world leaders to focus on. Speaking about the letter, #MeToo founder Tarana Burke said (via the Independent) that the points “build on a vision of a world in which women and girls can live free from violence, harassment and discrimination, but we all know that is a long way off. That’s why we must use these Goals as a tool to hold our leaders to account and to boost all our efforts.”

Patrisse Cullors, co-founder of Black Lives Matter and founder and chair of Reform LA Jails, was another one of the activists to sign the open letter and said, “I’m proud to join together with 19 other activists today, across issues, across continents and generations, to demand world leaders deliver on their promises contained in the Global Goals.”

Many of the campaigners and activists have shared the video and open letter on their social media channels and have called for a response from world leaders.