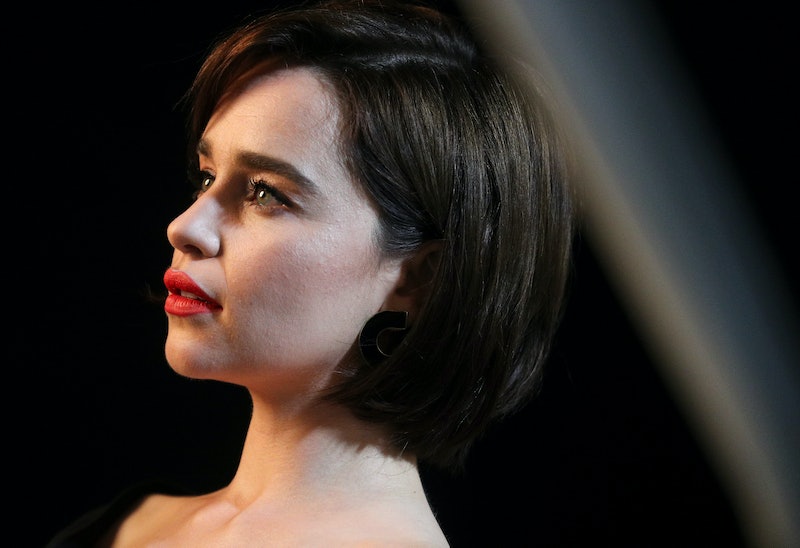 Game Of Thrones and Last Christmas star Emilia Clarke is best known for her acting prowess. However, in recent years she has ben outspoken about a brain injury she experienced in the early days of her fame. Emilia Clarke has opened up about how helpful medical staff were when she suffered from a brain aneurysm, speaking about how they went above and beyond.

It's in People magazine's first every Kindness Issue that Clarke revealed how horrific the whole experience was. "It was a brain aneurysm that ruptured, and it was pretty traumatic," she said.

She explained in the piece for People that the paramedics soothed her during the incredibly stressful moments, explaining how grateful she was for those who helped her. Not only did they give her drugs for her the pain but also they wrapped her up like a "tortilla" and "made [her] laugh the whole way to the hospital," the actor said. "There I was, bleeding in the brain, and there we were in this ambulance having an absolute giggle. They were so gracious."

Clarke not only praised the paramedics but also the nurses who made her treatment so much more bearable. So much so that she got involved with supporting the Royal College of Nursing:

"And every single nurse I came across was so kind. It's why I became ambassador to the Royal College of Nursing in 2018. Nurses are the unsung heroes, they're at people's most frightening moments."

The first of two aneurysms struck back in 2011 after the first season's filming of Game Of Thrones. Clarke revealed in an essay for the New Yorker that she had to have two operations owing to the aneurysms and how difficult the whole experience was, save for the excellent treatment and support she received.

Speaking to People, she shared that there was even a stage that she lost the power to speak completely. But luckily her mum's ability to take cues from her daughter meant that Clarke's stress levels were greatly reduced. So not only is she celebrating the kindness of strangers doing their jobs, but also of her own mother:

"There was also my mum, when she went into mum superpower in the hospital: I had aphasia [loss of speech], and she looked at me and went, 'Yeah, I know exactly what you mean'. She made me believe she understood exactly what I was saying. It was genuinely her greatest moment."

Clarke's traumatic experience led her to set up her a charity in support of those who have suffered brain injuries or strokes, Same You. She explained that the charity is important to her because although initial care is important, it's during the long road to recovery that you really need help:

"I wanted to match someone with a consistent person who has the answers and can hold their hand and tell them that they’re not alone. Being there when someone is scared, confused or angry is one of the kindest things you can do."

More like this
Gillian Anderson's New Netflix Drama Is *Nothing* Like 'Sex Education'
By Frances Stewart
Stephen Graham & Steve McQueen Are Working On A Wartime Drama
By Darshita Goyal
Paul Rudd’s Secret To Eternal Youth Is Something You Can Try At Home
By Darshita Goyal
Channing Tatum “Nearly Killed” Salma Hayek During 'Magic Mike' Lap Dance
By Sam Ramsden
Get The Very Best Of Bustle/UK
Sign up for Bustle UK's twice-weekly newsletter, featuring the latest must-watch TV, moving personal stories, and expert advice on the hottest viral buys.