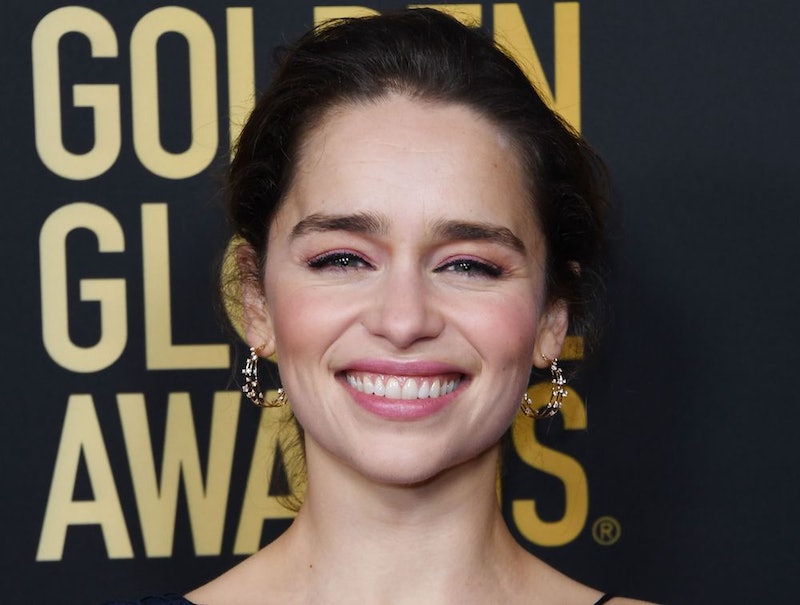 In a new interview with The Guardian, Emilia Clarke opened up about her brain aneurysms and how they affected the early stages of her career. Clarke, now 33, first revealed in March that she survived two life-threatening brain aneurysms during her 20s in a personal essay for The New Yorker. In the piece, Clarke recounted her first aneurysm in 2011, which occurred after she finished filming the first season of Game of Thrones. Of the “stabbing" and “constricting pain" that caused her to vomit in a gym locker room, she explained that she was ultimately diagnosed with a subarachnoid hemorrhage, a “life-threatening type of stroke, caused by bleeding into the space surrounding the brain,” she wrote. Eight years on, Clarke now considers the aneurysms a “good thing.”

“I was never destined to be the ‘young actor goes off the rails’ type, up and down the gossip columns,” she told The Guardian in an interview published on Dec. 1. “Having a brain hemorrhage that coincided precisely with the beginning of my career and the beginning of a show that became something quite meaty, it gave me a perspective that I wouldn’t have had otherwise.”

Amid the aneurysms, Clarke also lost her father to cancer in 2016. She said of the two dark forces during such a bright moment in her career, “I’m quite a resilient human being, so a parent dying and brain hemorrhages coinciding with success and people following you in the street and getting stalkers — you’re just, like, ‘Well let’s try and make something sensible of it.’”

It’s certainly been a whirlwind last few years for Clarke after the health scare. She starred on the HBO hit series Game of Thrones for eight seasons as Daenerys Targaryen and nabbed several award nominations and wins along the way. After the show’s final season in May, Game of Thrones scored a record-breaking 32 nominations at the 2019 Emmys. On the coveted night, it received two wins on top of an additional nine wins at the Creative Arts Emmys.

Clarke has since gone on to star in the holiday film Last Christmas, which arrived on Nov. 8, opposite Henry Golding and Emma Thompson. In the film, Clarke’s character Kate suffers from a life-threatening illness. Clarke called the role a “serendipitous" experience that paralleled her own aneurysm. In an interview with the British talk show This Morning in November, she said, “'I've had two brain hemorrhages… so there was a huge amount that I could relate to with what Kate was going through."

Clarke continued, "I worked very hard and sort of got through it that way. Kate doesn't — slightly different reactions to it!"

More like this
'GoT' Star Emilia Clarke Says She "Just Can't" Watch 'House Of The Dragon'
By Brad Witter
Keyla Monterroso Mejia Is Finally The Star Of The Show
By Gabrielle Bondi
At 28, Rosie Perez Risked Her Career To Stop Playing Stereotypes
By Gabrielle Bondi
Here’s Everything Coming To & Leaving Netflix In February
By Jake Viswanath
Get Even More From Bustle — Sign Up For The Newsletter
From hair trends to relationship advice, our daily newsletter has everything you need to sound like a person who’s on TikTok, even if you aren’t.