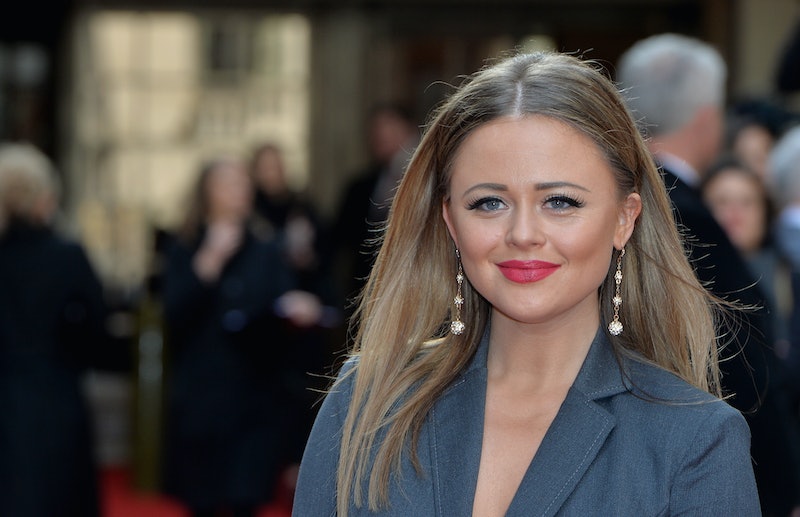 She has entertained us for the last few weeks and just missed out on being crowned Queen of the Jungle to Harry Redknapp on I’m A Celebrity, Get Me Out Of Here 2018. There is no denying it, Emily Atack owned the jungle. She made the gross bush tucker trials, camp mate tension, and gruelling public votes look almost easy. However, it's the grief she's gotten since leaving the jungle which would leave me with nightmares. Emily Atack’s response to body shamers will give you life. After a particularly unpleasant encounter with one stranger she's proven she is more than ready to stand up for herself and anybody against the ridiculous pressures put on women to look and act a certain way.

Atack took to twitter to reveal to her 233k followers that when she was out having a meal on Dec. 15 a man approached her and tried to shame her for eating a burger. Shame they picked the wrong girl because Atack snapped back with the wit, humour, and conviction that kept us so entertained whilst she was in the jungle. She said, “Some bloke just said to me in a restaurant whilst I was eating my dinner. 'No, stop. Starvation suits you.' What in the....!? I would throw my burg at you but that would be a massive waste love.”

Firstly, the girl has spent weeks living off rice and beans, let her live. And secondly, what gives a stranger the right to approach you whilst you are eating your dinner? The post elicited a massive response from fans, with one writing, “some people shouldn’t be allowed to speak. Ever.” Another wrote, “Atack Emily, no holding back.”

Atack won praise during her time in the jungle for waving the flag of self-love and acceptance. After finishing I’m A Celeb she posted a picture of herself in a bikini on Instagram to announce she had arrived back in London but also to make a bigger point. She wrote, “I am back in London! Can’t believe the amount of articles & comments about my bod. Some good, some bad. I will never EVER use a Slimming App ever again. We are all different shapes & sizes. We are all unique. Some have rock hard abs, some have a bit of Jam Roly-poly, it’s all ok!”

The Inbetweeners star's honesty about the struggles she has faced being in the public eye totally captured my heart. Speaking to the Sun about work after The Inbetweeners she said, “there have been auditions where they’ve said nicely, “Would you be willing to go to the gym for this role?... I’m on camera all the time so being body confident is important. I’m a believer in feeling good in your skin so I put bikini pics on my Instagram.”

With the body positivity movement gaining more traction in 2018 I can’t help but feel that we need more celebrities like Emily Atack. At the end of the day, starvation isn't a laughing matter or light comment. Celebrating every body, whatever that looks like, is incredibly positive and I am so here for seeing strong women using their platform to lift others up.

If you are anything like me and can’t get enough of Atack she has produced her own comedy show Talk Thirty To Me. Dates and tickets are still available and it promises to be brutally honest and completely hilarious.