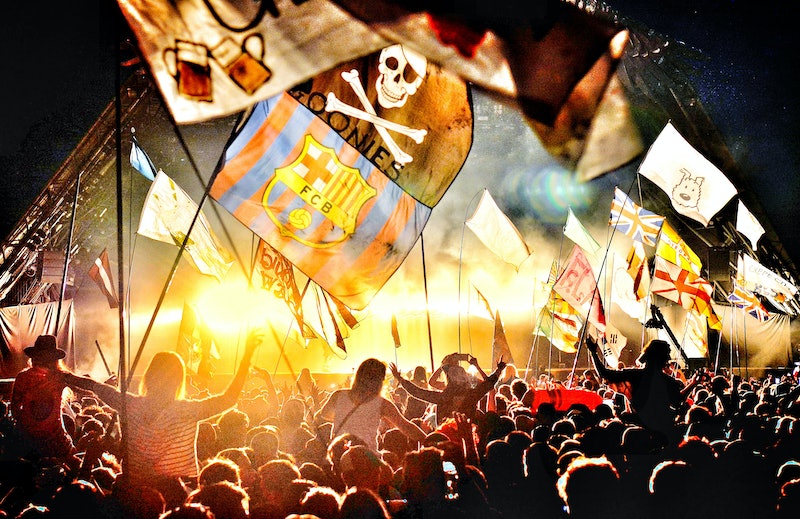 For music lovers, Glastonbury is one of the biggest events of the year, if not the biggest. Forget Christmas, heading to Worthy Farm in summer is the most wonderful time of the year. Glastonbury 2020 is all the more special because it’s the festival's 50th anniversary. In true Glasto fashion the line-up is yet to be announced in full, however co-organiser Emily Eavis has made some serious Glastonbury headliner hints. Appearing on BBC Radio Two’s The Zoe Ball Show, she let slip a few giveaways as to who could be taking centre stage in summer 2020 and it’s cause for some serious excitement.

It was no surprise that tickets to Glastonbury 2020 sold out in 34 minutes in October. You’ve got to be quick if you want to attend the legendary music festival. For people who managed to get their hands on tickets the excitement starts now. Eavis appeared on Zoe Ball’s morning show to talk about the 50th anniversary and what to expect in summer 2020. Famously the full Glastonbury line-up isn’t released till closer to the time of the festival. However, the co-organiser gave listeners a few key hints as to who may be headlining.

Speaking on Radio Two Eavis said, “interestingly, for the other two headliners it’s their first time at Glastonbury and we’ve got one male and one female. So there’s a couple of clues there. I’m sure people will guess, so don’t put them to me!” She really is the one with all the secrets.

While fans may only have limited knowledge to go on, that hasn’t stopped them donning their spyglasses and doing a little bit of detective work. NME said that Taylor Swift is one of the bookies' favourites to headlines in 2020. She’ll be part-way through her Lover Tour and the music publication speculated that she may take to the stage on June 28 at Glastonbury as she’s playing a show in Oslo the previous Friday and has a gap in her schedule thereafter. Another name that’s being floated around as a potential headliner is Kendrick Lamar. The rapper has never performed at Glastonbury before.

Glastonbury attendees have has a lot to be excited about over the last few weeks. After much speculation, last week Sir Paul McCartney announced that he would be headlining the festival. Eavis explained that having such a legend there on such a special anniversary is very special. She said, “this is big. This is amazing, having him back. It’s really the ultimate way to celebrate our fifty years.” Another massive artist who’s already confirmed that she’ll be making her way to Somerset is the soul icon Diana Ross.

While the full line-up for Glastonbury 2020 is unlikely to be released anytime soon, Eavis suggested fans may not have too long to wait before the next big announcement. She said, “there might be another one [announcement] this side of Christmas but realistically most of it’s going to be at the start of 2020. Everyone needs their moment.” With big names like McCartney and Ross already on the bill and a 50 year anniversary to celebrate one thing is for sure — Glastonbury 2020 is going to be incredibly special.