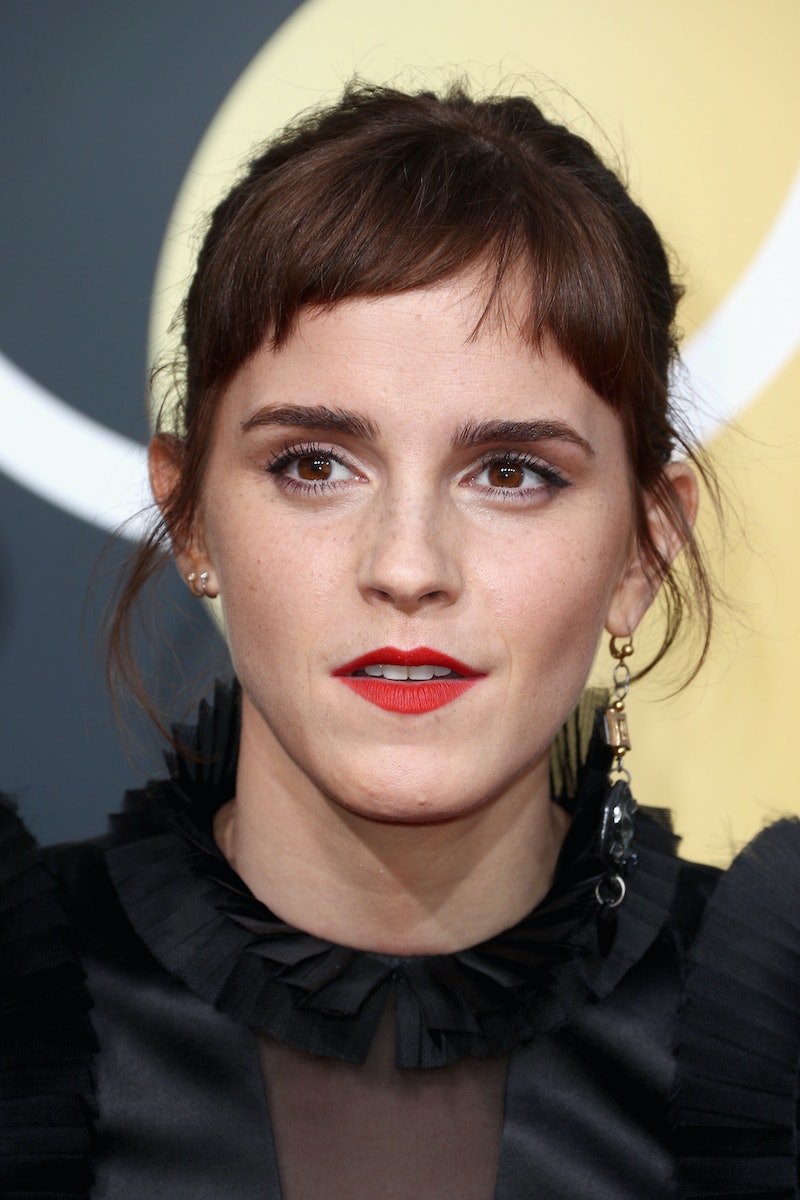 In 2015, when a fan asked actor Emma Watson if she was a "white feminist," she responded via Twitter, saying, "White feminism implies an exclusion of black women from the movement which I find surprising because my bosses (and the people who gave me the job) are two black women." Her response was criticized, and rightfully so — just working with black women doesn't automatically make someone an intersectional hero. Thankfully, in a recent letter to members of her book club, "Our Shared Shelf," Emma Watson has acknowledged her past lack of intersectionality, saying how it forced her to re-assess her feminism, and providing a model for other feminists to examine how their activism can be more intersectional.

Saying that it's your turn to do so, too, isn't an accusation. Rather, it's a reminder that checking your privilege is a constant process that requires ongoing work — especially if your feminism is one of allyship. Watson, someone who has been celebrated by the United Nations for her commitment to gender equality, can see that her feminism hasn't always been spot-on. If you roll your eyes at the term "white feminism" or think it's a divisive term, I encourage you to read Watson's letter in its entirety, but especially this excerpt:

When I heard myself being called a “white feminist” I didn’t understand (I suppose I proved their case in point). What was the need to define me — or anyone else for that matter — as a feminist by race? What did this mean? Was I being called racist? Was the feminist movement more fractured than I had understood? I began...panicking.

When feminism lacks intersectionality, it centers the needs and desires of straight, white, middle-class, non-disabled women, often at the expense of women of color, disabled women, queer women, poor women, or women who are multiply marginalized in distinct, unique ways. White feminism doesn't acknowledge the oppression faced by women of color, nor does it make room for white women to admit their own complicity when it comes to systemic racism or other systems of oppression. Watson reflected on her past defensiveness about white feminism in the letter.

It would have been more useful to spend the time asking myself questions like: What are the ways I have benefited from being white? In what ways do I support and uphold a system that is structurally racist? How do my race, class and gender affect my perspective? There seemed to be many types of feminists and feminism. But instead of seeing these differences as divisive, I could have asked whether defining them was actually empowering and bringing about better understanding. But I didn’t know to ask these questions.

Watson is by no means the first white woman to come to this conclusion, nor the first woman to publicly admit these truths. While it's admirable that she's willing to speak about where her feminism has fallen short, especially considering her large platform, it's worth acknowledging that women of color have been doing this work all along.

The thing is, intersectionality is often difficult work. Accurately reflecting the concerns and struggles of all women in protests and speeches means taking the time to listen to the voices of marginalized people. It is much easier and much more comfortable to ignore it altogether, but as Watson now seems to realize, white feminism isn't feminism at all.

Everyone has their own journey, and it may not always be easy, but what I can promise is that you’ll meet some extremely cool people that you will REALLY love and respect along the way that will walk this path with you. You’re not alone. And even if you are, in a particular moment...remember you come from a long line of feminists who did this work, in the outside world but also inside themselves. We still have time to make 2018 a year filled with intersectionality.