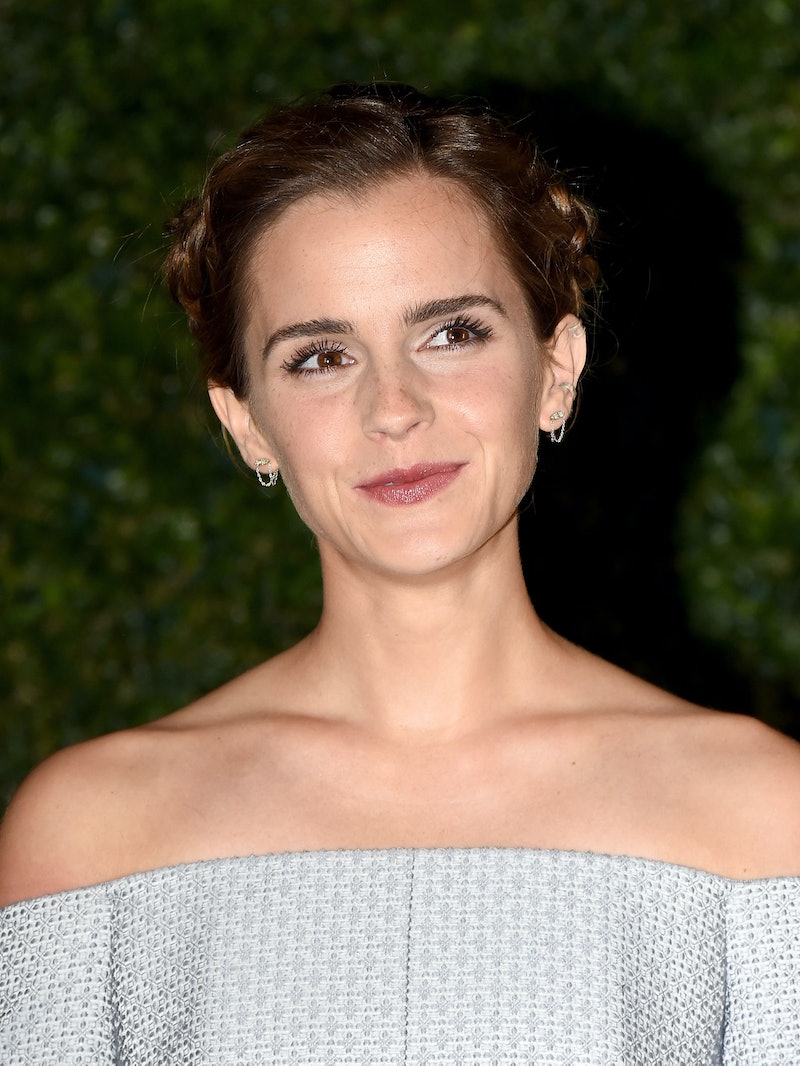 Emma Watson has spent her entire career inspiring women. From the intelligence and resourcefulness of Hermione Granger in the Harry Potter series to the rebel spirit of Sam in The Perks of Being a Wallflower, every role the actor takes on portrays a complex, meaningful female perspective. Off screen, Watson takes an even more active role in the fight for gender equality. She has been a Goodwill Ambassador for U.N. Women since 2014, the same year she gave a powerful speech on feminism at the U.N. headquarters. The address launched the HeForShe campaign, a movement which was meant to educate men and women on gender equality and how it benefits everyone. In the years since the speech, Watson has continued to spread wisdom about feminism.

In the upcoming live action Beauty and The Beast, Watson takes on the role of Belle. The character, a book-loving woman who dreams of life beyond the confines of her countryside home, is perfect casting for Watson. It's a feminist role that will inspire so many young viewers, and yet, it still managed to stir up controversy when Vanity Fair published a photo shoot and cover story with Watson ahead of the film's release. Watson down shut the criticism about appearing wearing a cape jacket with no top in an interview with Reuters, turning the incident into an opportunity to clear up misconceptions about feminism.

"Feminism is about giving women choice," Watson told the outlet. "Feminism is not a stick with which to beat other women with. It’s about freedom. It’s about liberation. It’s about equality. I really don’t know what my t*ts have to do with it."

Both Watson's original Vanity Fair interview and her comeback to the criticism were filled with gems, which makes this a perfect time to revisit some of the star's best quotes about what feminism really means.

On The Word "Feminist"

In a February interview with Entertainment Weekly, Watson addressed how the word "feminist" is often misinterpreted:

“I think the word is really difficult because it seems to inherently address a preferential treatment of the feminine over the masculine because it has the feminine in the word, and I think that’s a real oversight and misunderstanding. Instead, feminism is about gender equality, across the board. This isn’t just girls are better than boys, boys are better than girls. This is just everyone deserves a fair chance.”

On Tackling The Feminist Issues

In her recent interview with Vanity Fair, Watson suggests change happens when we don't shy away from difficult issues:

"I used to be scared of words like ‘feminism,’ ‘patriarchy,’ ‘imperialist.’ But I’m not anymore."

On What Defines A Feminist

"For the record, feminism by definition is: 'The belief that men and women should have equal rights and opportunities. It is the theory of the political, economic and social equality of the sexes.'"

On Why Feminism Matters

In Watson's UN Speech, she further clarified why feminism is still a vital movement:

"In my nervousness for this speech and in my moments of doubt I’ve told myself firmly — if not me, who, if not now, when. If you have similar doubts when opportunities are presented to you I hope those words might be helpful. Because the reality is that if we do nothing it will take 75 years, or for me to be nearly a hundred before women can expect to be paid the same as men for the same work. 15.5 million girls will be married in the next 16 years as children. And at current rates it won’t be until 2086 before all rural African girls will be able to receive a secondary education. If you believe in equality, you might be one of those inadvertent feminists I spoke of earlier."

On How Feminism Benefits Everyone

There is a misconception that feminism favors women, but Watson made it clear that feminism benefits everybody in the tweet above.

On Becoming A Feminist

In her address at the UN, Watson explained when and why she started identifying as a feminist:

"I started questioning gender-based assumptions when at eight I was confused at being called 'bossy,' because I wanted to direct the plays we would put on for our parents — but the boys were not."

In Elle UK, Watson added that feminism is not about a set of rules but the freedom to choose how to live:

"Feminism is not here to dictate to you. It's not prescriptive, it's not dogmatic. All we are here to do is give you a choice."

The backlash over the Vanity Fair photo shoot is not the first time Watson has been challenged for her feminist advocacy, and it may not be the last. What matters is that even when facing criticism, she stays steadfast in her beliefs and uses the opportunity to further demystify feminism for people who don't understand what it means or why it matters. Watson understands that being a feminist is about freedom and equality, and I look forward to her continuing to spread this message through both her acting and activism.