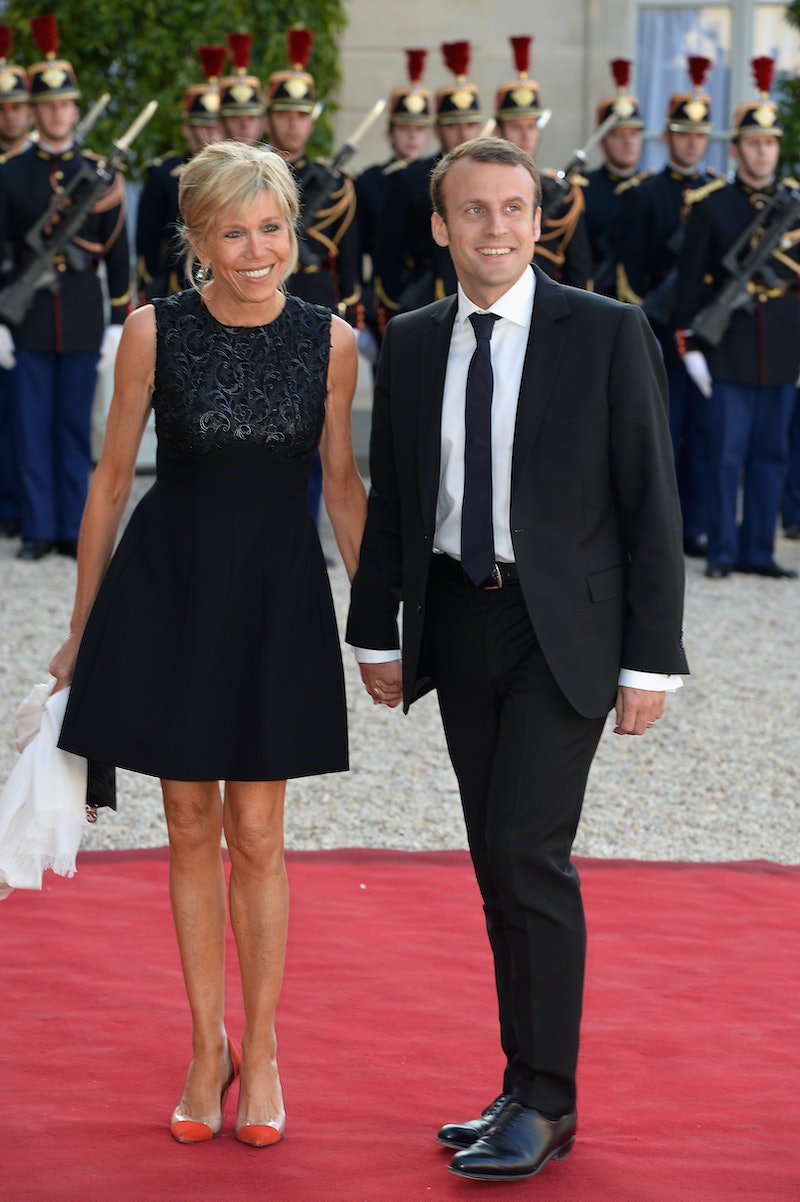 French politician Emmanuel Macron entered the public conversation earlier this year partially because of his campaign for office, but also because of his personal life. The French president's choice of partner was a huge topic of discussion during the election. Countless outlets focused on the fact that Macaron's wife not only was his high school teacher, but also is much older than he is. In an interview with a French newspaper, Macron blamed misogyny for discussion of his wife's age during the election.

Macron's wife, Brigitte Trogneaux, is 24 years older than he is, and their relationship took on a scandalous image when people learned she was his former teacher.

However, because of these facts, some also began implying that the age difference was too much and it must mean that Macron is gay. After all, how could he actually be in love his wife of 10 years when she is so old?

Macron told Le Parisian, "This says a lot about misogyny in France because if I was 20 years older than my wife, nobody would have questioned my relationship's intimacy for even a second. It's her being 20 years older that people think it's not credible, it's impossible."

Macron makes a great point about the double standard put against men and women's age gap when dating.

Interestingly, the age gap between Macron and Trogneaux is nearly the same amount as the age gap between President Donald Trump and wife Melania. However, the Trumps' gap isn't often questioned, since it's Melania who is younger and some people see Donald as lucky for being able to snag a younger woman. Trump is viewed as having more power because his partner is younger, while Macron is assumed by some to be gay because his wife is apparently too old for him to love.

Luckily, there are some French women who see the Macrons' relationship as a much-needed breath of fresh air. The Washington Post spoke to French women who see President's marriage as a reflection of real life in the country. Some admitted to dating younger men and questioned why there was so much controversy about marrying them.

The scandal of his wife's age is ridiculous double standard that Macron is right to push back against. Maybe now that Macron has won the election, opponents can focus on his policies and not his choice of spouse. Hopefully Macron will apply such progressive views of women to his tenure as president of France and we can expect more feminist stands from the country in the future.