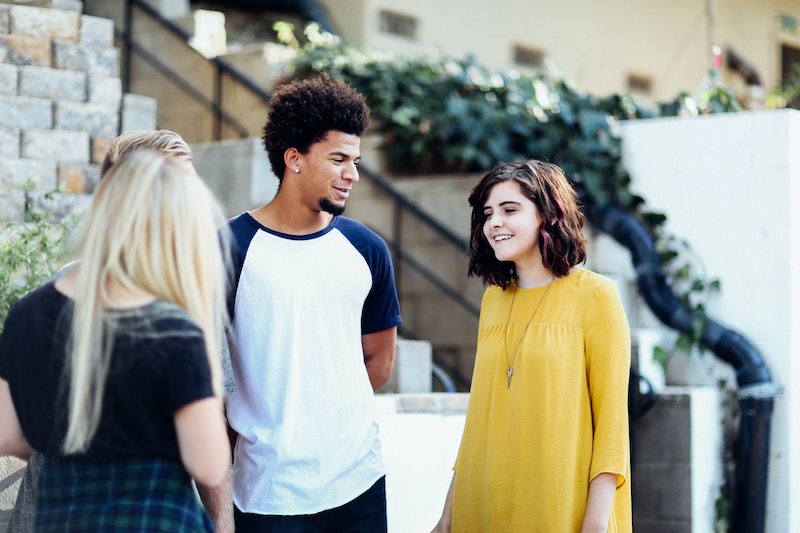 Before we get into the dark side of emotional intelligence, it might be helpful to define it, since nobody on The Bachelor really did. According to Psychology Today, emotional intelligence is the ability to identify and manage your own emotions and the emotions of others. Basically, it has to do with how aware you are of your emotions and other people's emotions, how adept you are at keeping yours under control, how good you are at cheering people up, and how emotions factor into your thinking and problem solving.

A 2016 study published in Emotion looked at emotional intelligence in male college students. Researchers gave participants a series of tasks to gauge their emotional intelligence, such as identifying people's emotions from pictures of their facial expressions. Then, they had participants give speeches in front of judges who displayed stern facial expressions, and the scientists measured the participants' cortisol levels (that's the stress hormone) before and after the speech.

It kind of makes sense in the context of this experiment, given that the men who had higher emotional intelligence were probably more aware of the judges' stern expressions and their emotions. In a situation where you're being judged, it's easy to see why you'd get stressed out when you think you're being perceived negatively. You might want to jump to a similar conclusion about the women in the Bachelor mansion, since that environment is certainly stressful, but it's not that simple.

It's important to note that this study was done on men, and there have been studies that show emotional intelligence affects women differently. A previous study found that high emotional intelligence in women can lead to bullying and other bad behavior. The rationale behind this is that women tend to internalize negative feelings which they then need to let out, sometimes through harmful ways like bullying. Which, if you're on Team Corn and believe Taylor bullied Corinne, actually makes a whole lot of sense.