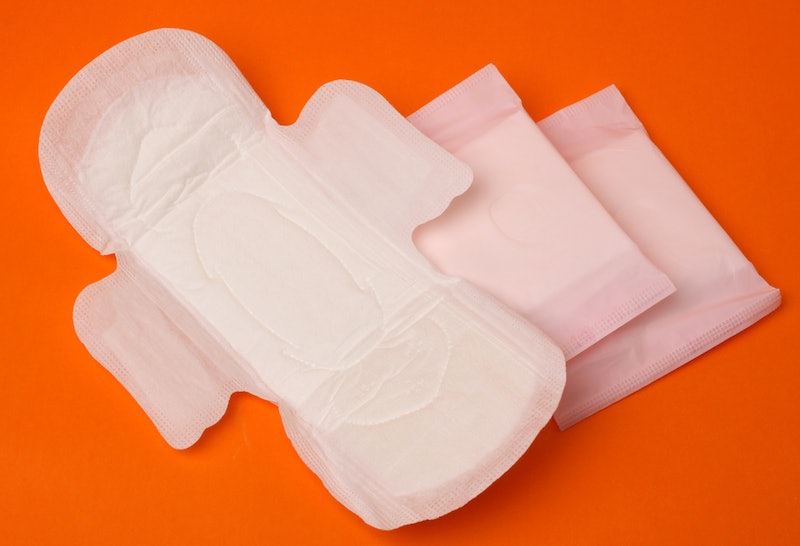 The English scheme comes in the wake of the Free Periods campaign launched by teenage activist Amika George, which saw over 270,000 people sign a petition to provide free sanitary products to pupils on free school meals. "WE DID IT!!!!!" George wrote on Twitter.

While the scheme has not yet been designed nor has the government determined how much it will cost (the Scottish scheme required a £5.2 million investment), the Guardian reports that it will be fully funded by the Treasury, and all students — not just those receiving free school meals — will be eligible. According to the newspaper, Hammond will announce the move as part of the government's spring statement, and will ask education secretary Damian Hinds and women and equalities minister Penny Mordaunt to plan the scheme.

Dawn Butler, the shadow minister for women and equalities, said in a statement, "This is a victory for all those who have campaigned for an end to period poverty. I set out Labour’s support for free sanitary products in secondary schools at Labour Conference in 2017 so we’re pleased that the Government has adopted yet another Labour policy."

Butler continued, "It’s a disgrace that period poverty exists in the sixth richest country in the world."

In August 2017, children's charity Plan International UK carried out an online survey on period poverty as well as stigma, questioning 1,000 young people who menstruate between the ages of 14 and 21. The findings, released in December the same year, found that 10 per cent of respondents had been unable to afford sanitary products, while 15 per cent had "struggled to afford" them.

In hospitals, NHS England will begin providing free tampons and pads to patients this summer, after a British Medical Association survey found that two in five hospital trusts and health boards in the UK did not offer free sanitary products to patients. Professor Dame Parveen Kumar, chair of the British Medical Association board of science, told the BBC, "Hospitals have an opportunity to lead the way in tackling period poverty and should be a shining example of the progress that can be made on this important issue."