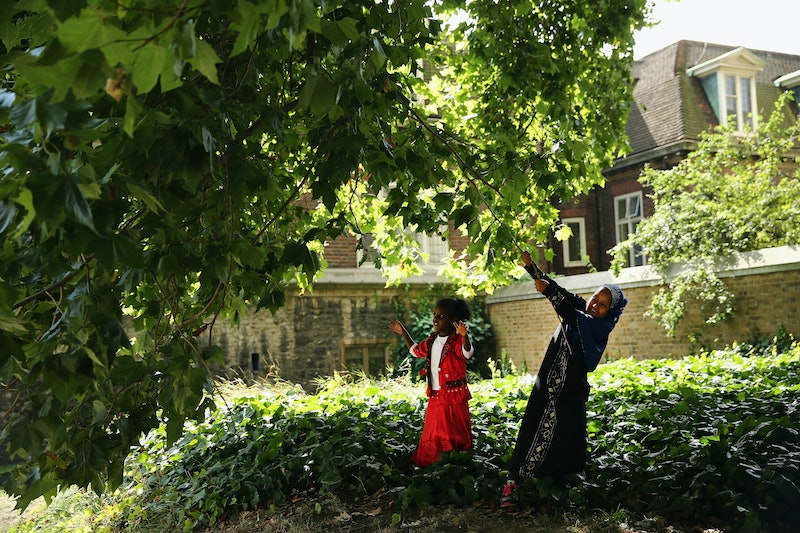 Ethiopia just made a massive step towards addressing the addressing the climate crisis. According to a government minister, in a single day, about 350 million trees were planted in the East African country. This effort is part of an Ethiopian national “green legacy” initiative that aims to plant and grow 4 billion trees during summer 2019. By organizing planting efforts — even shutting down government buildings for civil servants to participate — the Ethiopian government hopes that every citizen will plant at least 40 seedlings. This is an incredibly inspiring reforestation effort, one that will hopefully spark similar movements across the globe.

According to some scientists, planting trees is the most effective way to lower emissions and tackle the climate crisis. A popular 2019 study published in Science said planting 1 trillion trees would be the best way to combat the threats posed by rising temperatures. However, as Vice reported, some Indigenous activists, policy experts, and climate scientists were extremely critical of this assertion. They said that it did not consider other factors like space and cost and diminished the vital importance of slashing emissions, which includes a just transition from fossil fuels.

These are all important considerations. And it’s not enough to simply plant the trees. Efforts must be made to keep them from being cut down again, or from allowing existing trees and forests to be destroyed, which is a global concern.

For example, reforestation efforts in the Amazon rainforest were making headway. But Brazil's right-wing president Jair Bolsonaro’s policies have rapidly increased the rate of deforestation by more than 88%, The Guardian reports. And here in the U.S., escalating rates of housing development threaten protected areas, like forests, according to a study published in the Proceedings of the National Academy of Sciences in America.

Even though planting trees won’t be a magical fix for the climate crisis, it’s still a vital act. The U.S. Forest Service says that trees offset “approximately 13% of U.S. emissions from burning fossil fuels in 2011, and from 10 to 20% of U.S. emissions each year.” And according to a CNN report, planting trees in cities (tree canopies, not individual trees) is a good way to protect people from the potentially deadly consequences of increasing heat waves. That impact can’t be overlooked.

If you want to plant trees yourself, there are a lot of options. You can start by planting your own in your backyard. But if you rent, or if you have an apartment, you can join a community effort. Casey Trees is a Washington, D.C., non-profit that aims to restore D.C.’s tree canopy. They have many volunteer events where you can plant trees or access the health of the trees already planted. If you don’t live in the D.C. area, you can look to see if there are efforts like this taking place near you. New York City also has a program where you can request a free street tree planting in front of your home.

If you’d like to get involved in reforestation, but maybe you don’t know how or have time to actually plant them yourself, there are options. The Eden Reforestation Project is an effort to employ low-income workers and plant emission-absorbing trees in countries like Nepal, Madagascar, Haiti, Indonesia, and Mozambique. By the year 2025, the Eden Reforestation Project’s goal is to plant a minimum of 500 million trees each year. I give a monthly donation to this organization, and it’s one of the best decisions I’ve made. You can also make a one-time donation if this cause speaks to you.

However you decide to help plant trees for climate, remember that while it's a big part of what needs to happen, there are so many other pieces. To make an impact on climate, it's important to confront the fossil fuel industry, advocate for indigenous rights, and make impactful personal choices.