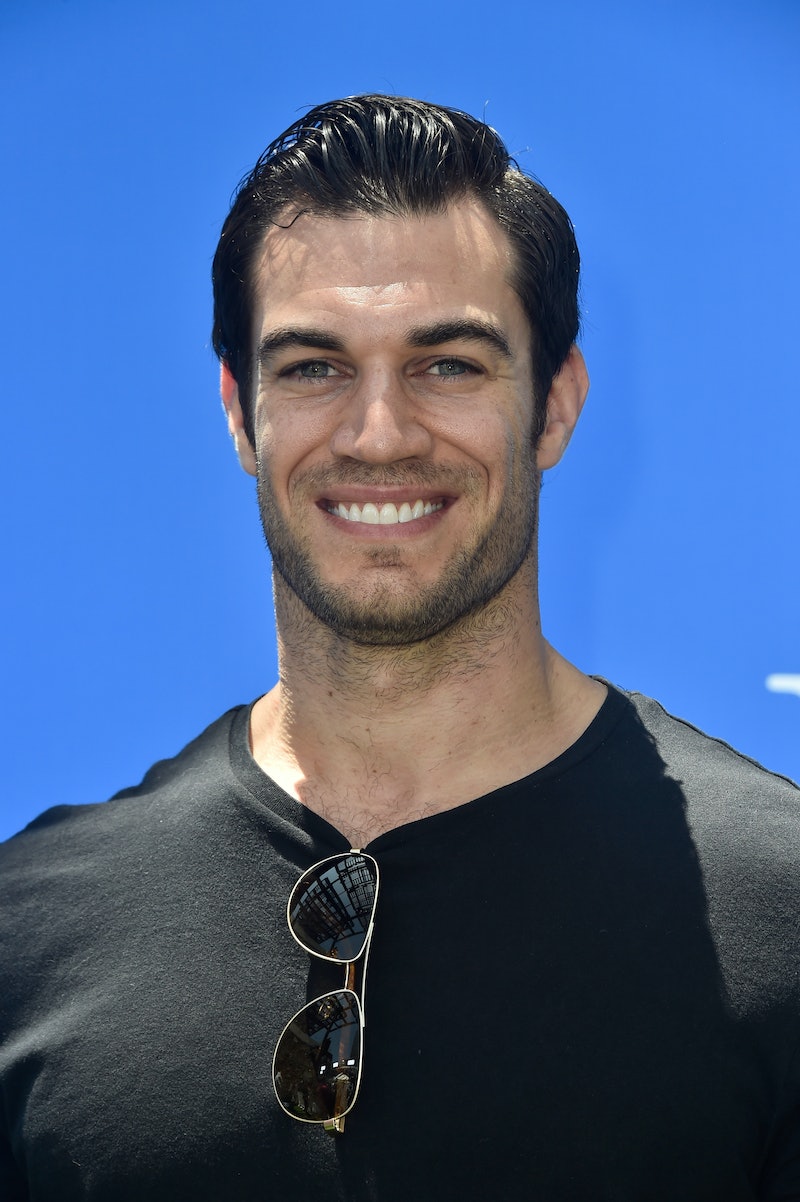 If you've heard anything about the "hot veterinarian" everyone's been up in arms about over the last few years, you might already have Animal Planet's Evan Goes Wild on your radar. Unfortunately for those who can't stop crushing, he's off the market — and Dr. Evan Antin's fiancée will probably be on the new show from time to time. Her name appears to be Nathalie Basha, a digital journalist who's embarked on tons of international adventures with him, and she's already excited about his new show.

The couple seems to stay pretty private with their relationship. Antin's Instagram feed is completely dedicated to animals and his veterinary expeditions. However, the beloved viral vet did tell a local ABC affiliate in 2015 that he was engaged — "Off the market unfortunately, but she's a special girl so I'm really happy," he said — and Basha confirmed in her Instagram comments in January that they're still planning on tying the knot.

It also seems like they've been together a long time. Basha used the hashtag #PartnerInCrime10Years in a photo shared back in 2016, so we're looking at over a decade-long relationship. The photos on her Instagram feed show that they're always game to travel, and have had no shortage of adventures.

Basha wrote in the caption for a recent photo that Evan has dreamed about having a show like this for the entire time she's known him. "Guys, no joke [Evan] has been working toward this goal for the past 13 years," she said. "It was one of the first things he told me in our first conversation, ever. He was so specific about it, and he even knew he wanted it on Animal Planet."

According to a Forbes article from August 2018, Antin worked at the time at the Conejo Valley Veterinary Hospital in Southern California — when he wasn't hitting exotic locations to care for their native creatures, that is. "I've always been passionate about animals. I grew up in Kansas, and we had a creek in our backyard where I was always looking for turtles, snakes, and insects," he told Forbes of where he got his start. "I loved insects as a kid. I was mostly focused on playing sports and happened upon a zoology course, and it just reignited my passion for animals."

In an interview with Bravo in March 2018, Antin's TV aspirations were clear. "I would love to have/host my own show! I see it as a mix of Crocodile Hunter meets Wildlife Vet," he said. "This way I can educate and spread awareness on broad conservation topics, like the late Steve Irwin did so well. Then, as a vet, I can help individual animals and share their personal stories."

Now, all his dreams are coming true, and he's got a super supportive partner to have his back throughout his success. Their lifestyles and passions seem to line up perfectly, and with how many envy-worthy destinations are on both of their social media feeds, they'll be game to go anywhere Evan Goes Wild will take them.