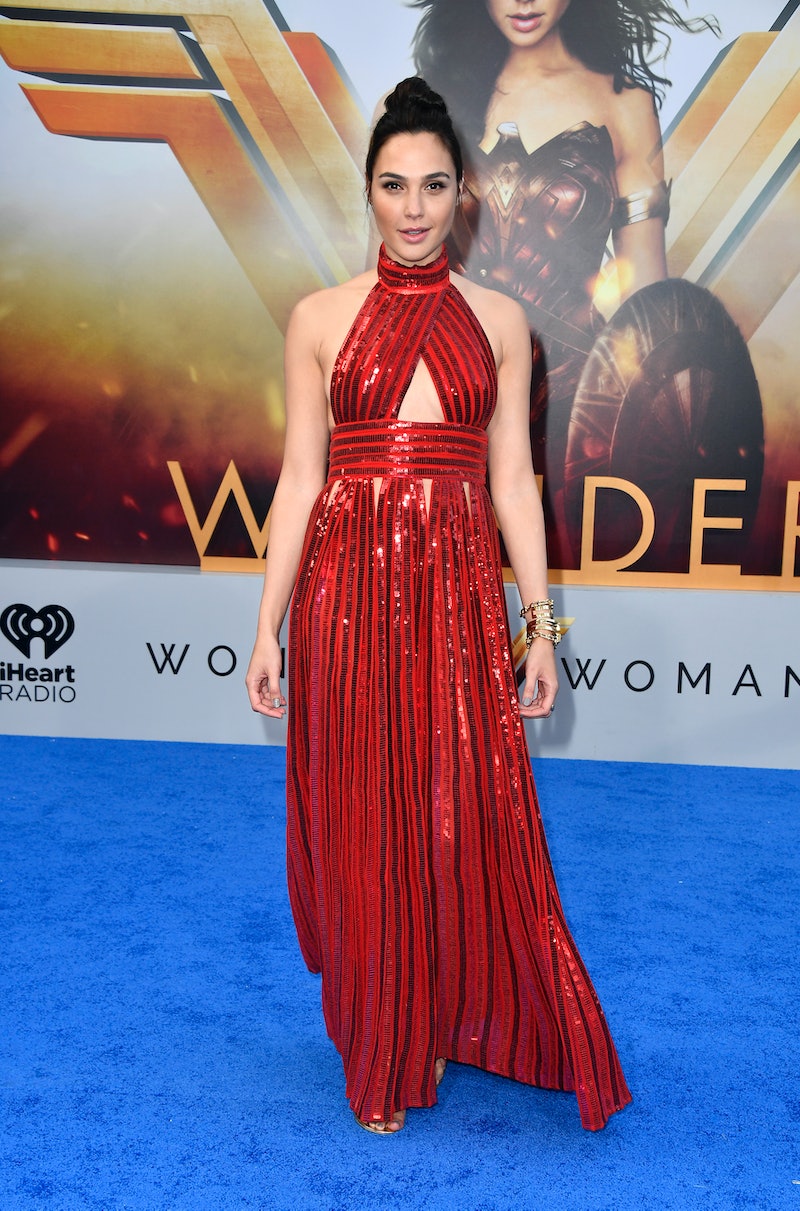 No spoilers, I promise, but after seeing Wonder Woman, I can absolutely tell you that the superhero puts many of her counterparts to shame. So much so that even Chris Hemsworth — who plays Thor in the Marvel Cinematic Universe — admitted on Twitter this weekend that Wonder Woman would probably beat Thor in a battle. As a movie mega-nerd and fan of both characters' superhero universes, the thought of an epic battle between Thor and Wonder Woman makes my imagination run wild. They both have somewhat out of this world abilities, and fights between divided superheroes have become a popular theme lately. Unfortunately, since the characters are from rival studios, it's not likely to be a battle that you'll be able to see in a movie theater any time soon.

However, I do have an idea, and if you happen to be or know Chrissy Teigen or any of the producers of Lip Sync Battle then please pass this message along: What if Hemsworth and Gal Gadot (who plays Wonder Woman) battled it out in an episode of Lip Sync Battle? I mean, can you imagine how epic that episode would be? Plus, they both have movies coming out this November (Hemsworth has Thor: Ragnarok and Gadot has Justice League) so what a better way for both stars to promote their next movies?

But I'm getting ahead of mysel. All of this battle talk began when Katie Couric posted the tweet below with Gadot saying, "Now they asked me who would win, Wonder Woman or Thor, and I think it's Wonder Woman. Don’t you Chris?"

Hemsworth was quick to reply, admitting that he even he realized that Gadot was right — Wonder Woman would totally win. The actor tweeted that "I think she'd kick Thor's a**."

Then Couric weighed in on the issue to agree with Hemsworth and Gadot.

Isn't is awesome that the trio unanimously came to the conclusion that Wonder Woman would win? Gadot's character is a powerful superhero, and it's so great that she's presented as an unstoppable force in the newest DC Comics' film. The movie is also raking in all kinds of money, proving that Wonder Woman really is the epic superhero that the world needs right now — and that if push came to shove, she could overpower even her hammer-wielding superhero peers.