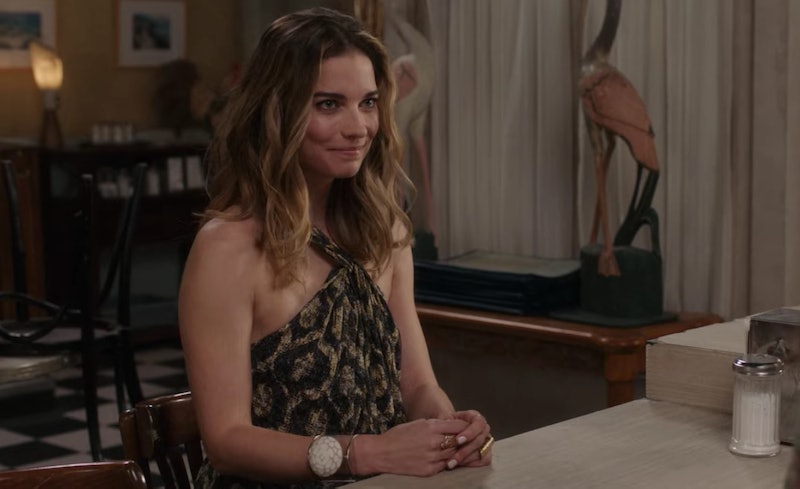 While she's been stuck in Schitt's Creek, Alexis has dated a number of men: Ted, Mutt, Ted again, and most recently Artie, who, to everyone's chagrin, insisted on calling her "Lexy." But before crash-landing in town, Alexis was gallivanting around the globe with — in her words — "a selection of very confident, international men." This included sultans' nephews, a Thai drug lord name Aroon (who was a lovely gentleman before he ran out of money), and her dirtbag ex-boyfriend Stavros, but many of them were celebrities whose names Alexis loves peppering into conversation almost as much as Tahani loves mentioning her famous friends on The Good Place. At one point, Alexis even had a "semi-successful text relationship with Josh Hartnett while he was shooting Pearl Harbor," which raises more questions than answers; the movie came out in 2001 and Alexis is probably about 30, putting her at around 11 years old at the time...

Then again, this is the same woman who escaped the Yakuza at 21, so to say she had an unconventional childhood is putting it mildly. In honor of the woman, the myth, the legend that is Alexis, here's every other celebrity she's mentioned dating on Schitt's Creek.

More like this
The 2023 Super Bowl Commercials Feature A 'Breaking Bad' Reunion & Missy Elliott
By Alyssa Lapid
Every Season Of 'Love Island' Ranked Best To Worst
By Alice Broster, Frances Stewart and Sophie McEvoy
RHOP’s Robyn Dixon Explained Why Juan Paid For Another Woman's Hotel Room
By Brad Witter
Pamela Anderson’s Dating & Marriage History Could Be Its Own TV Series
By Jake Viswanath
Get Even More From Bustle — Sign Up For The Newsletter
From hair trends to relationship advice, our daily newsletter has everything you need to sound like a person who’s on TikTok, even if you aren’t.