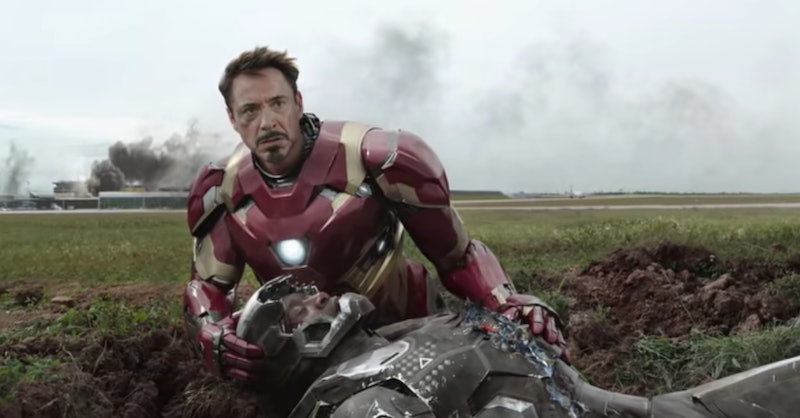 Going into Avengers: Endgame, the MCU has already amassed an impressive history of 21 epic superhero films spanning 11 years. Ever since 2008's Iron Man initiated Marvel Studios' first phase, the series has unfolded almost seamlessly, minus a few missteps along the way. (Ahem, The Incredible Hulk.) Now, that Phase 3 is coming to an end with Endgame, out April 26, it's the perfect time to go back and reflect on all of the highs and lows of the fantasy universe. If you don't want to take the time to rewatch all 21 existing MCU films, it's no problem. We've summed up every MCU movie in one sentence.

You certainly may want to rewatch at least a few of the MCU's greatest hits before heading to see Endgame, especially the movies with the characters who survived Thanos' destructive snap, considering that they'll probably be the ones most heavily featured in Endgame. In an interview with Fandango, co-director Anthony Russo suggested a few specific films that fans should revisit now. "I would say, certainly, Civil War and Infinity War are probably the two biggest lead-ins to [Endgame]," Russo said. Then he added, "My brother and I, of course, are very focused on story starting from Winter Soldier, because that's where we entered the MCU. So for us, in our brains, on a storytelling level, we were threading a narrative from there. Certainly, I would also say that the previous Avengers movies also very much factor into this film."

Or, you could just read the notes and check out this quick overview: