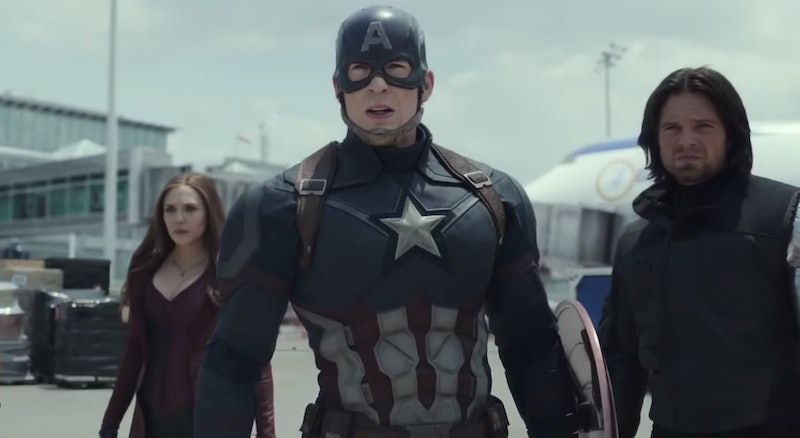 The end of an era is coming, and that era is the Marvel Cinematic Universe as fans know it today. In the past 10 years of Marvel Studios, the there have been over 20 superhero movies, including several team-ups and, most recently, the beginning of the end with Avengers: Infinity War. With tickets finally on sale as of April 2 for the final chapter of the current MCU, Endgame, fans are just a few weeks away from knowing the conclusion to this saga. But in the meantime, there are a few Marvel movies to watch before Avengers: Endgame that are almost required viewing, according to Endgame co-director Anthony Russo himself.

As the co-director — working with his brother and co-director Joe Russo — of Endgame, Infinity War, and the last two Captain America films, Russo knows a thing or two about the expansive collection of Marvel movies. When speaking to Fandango in a new interview, he weighed in on which movies audiences should watch or rewatch before going in to see Avengers: Endgame.

While many people coming to the theaters to watch the latest Avengers film will have definitely been following along with all the movies in the MCU, Russo did point out that they still try to make it a movie that everyone can enjoy, not just hardcore MCU fans. "I will say we do work hard to make sure that the story works in a way that even people who haven't seen anything [can still enjoy the movie] because we feel like that's very important," he said. "I think you see this movie after movie, the audience keeps growing for these films."

That said, even though the directors do their best to make sure each installment in the MCU is accessible to an audience who has never seen a Marvel movie before, Russo admitted that there were some films that would, at the very least, enhance one's experience. Here are the movies Russo revealed fans might want to check out before heading into the theaters for Avengers: Endgame.

"Certainly, I would also say that the previous Avengers movies also very much factor into this film," Russo told Fandango. That would include the first Avengers, which featured the Battle of New York, Loki (RIP), and the Chitauri, Avengers: Age of Ultron, which introduced Vision and Scarlet Witch, and, of course, Infinity War.

The first Marvel movie the Russo brothers made was Captain America: The Winter Soldier, the second installment to the Captain America franchise, which is why it's one of the director's picks. "I mean, my brother and I, of course, are very focused on story starting from Winter Soldier, because that's where we entered the MCU," he said. "So for us, in our brains, on a storytelling level, we were threading a narrative from there."

Captain America: Civil War is crucial to understand the strained relationship between Iron Man and Cap. Their feud ended up breaking the entire Avengers apart, which Russo said played a big role in the outcome of Infinity War. "The relationship between Tony Stark and Steve Rogers was severed," he said. "And that was what put them in a vulnerable place when Thanos came in Infinity War, and I think is partially what led to their demise in that film, the fact that they were divided when the greatest threat they ever faced came to them."

And lastly, of course audiences should probably check out Infinity War before the new Avengers film comes out on April 26. "I would say, certainly, Civil War and Infinity War are probably the two biggest lead-ins to this movie in the sense that Civil War created the situation where the Avengers were divided," Russo said. Without Infinity War, it might be hard for audiences to really grasp why the remaining Avengers are so down on their luck at the beginning of Endgame, and what is at stake when they face Thanos a second time (at half their force, by the way).