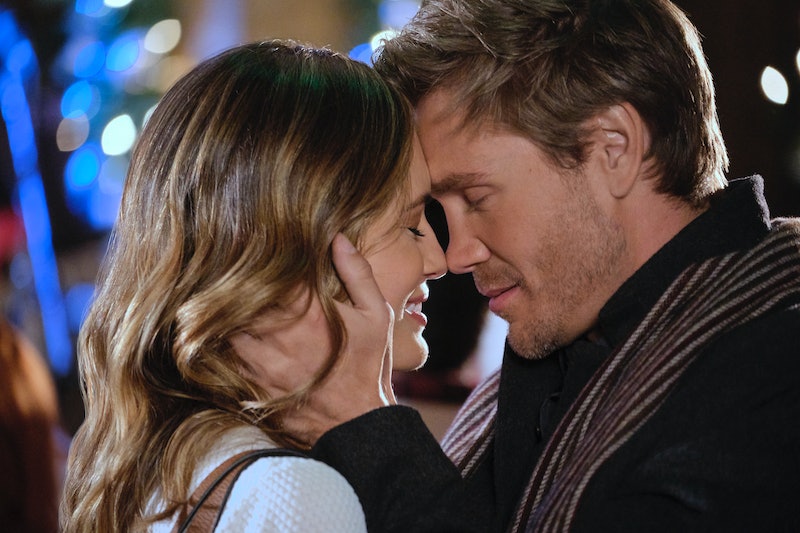 July's about to get jolly: Beginning June 29, the 2020 Hallmark "Christmas in July" movie marathon will serve an early dose of holiday cheer with a slate of 250 titles starring some of your favorite actors. Hallmark Channel and Hallmark Movies and Mysteries are promising to "bring the yuletide poolside" this summer with stars, including: Candace Cameron Bure, Lacey Chabert, Holly Robinson Peete, Chad Michael Murray, and even Dolly Parton.

To honor the men and women of the U.S. armed forces, the network will dedicate July 4 to military-themed holiday movies, including Operation Christmas, Holiday for Heroes, and A Veteran's Christmas. Then, on July 10, Hallmark Channel will begin its annual "Keepsake Christmas" tradition with 17 days of original holiday movies to round out the festivities.

You can view the full Hallmark Channel Christmas in July schedule here, as well as the Hallmark Movies and Mysteries lineup here. And if you don't have time to re-watch all 250 flicks, check out seven of the must-see movies below.

In the movie starring Full House and Fuller House alum Candace Cameron Bure and Mark Deklin, identical twin sisters get stuck planning their respective Christmas parties, and are convinced "the grass is greener on the other side," according to Hallmark.

Former One Tree Hill costars Torrey DeVitto and Chad Michael Murray reunite for the story of a newly single woman named Jessica who sends Christmas cards to five people who have influenced her life, including her aunt, younger brother, music teacher, best friend, and a pop star.

Lacey Chabert plays Angela, an American tour guide, who's fired from her job in Italy just before Christmas. After an American businessman named Oliver (Sam Page) hires her to help him learn about "the heart and soul of Rome," sparks begin to fly between the pair.

While planning a Christmas festival and vying for the Top Winter Lodge Award, a Vermont innkeeper named Averie (Chaley Rose) rekindles both her love of music, as well as her love for her former music partner Jesse (Rome Flynn) when fate brings them back together.

After losing his high power finance job just before Christmas, previously career-obsessed Nick (Jesse Metcalfe) begins working at a Christmas tree lot, where he has a fateful meeting with an astronomy teacher, Julie (Autumn Reeser), and her son, Matt (Clarke Peters), who help him find the true spirit of the holidays.

By the time you finish those movies, and Hallmark's Christmas in July comes to an end, the real thing will be right around the corner.