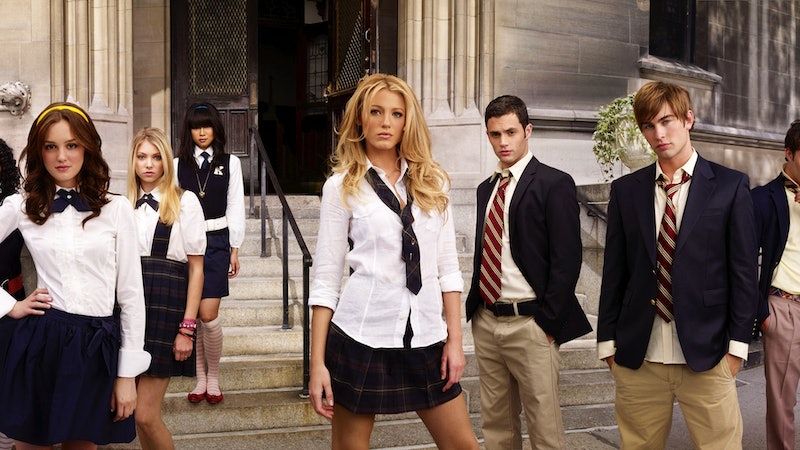 Gossip Girl is set to return — at some point. The highly anticipated HBO Max reboot has been delayed to Summer 2021 at the earliest thanks to the ongoing coronavirus pandemic, leaving you with all the time in the world to rewatch the original series while quarantined. But why would you want to do that? While thrilling for some, watching every episode of Gossip Girl could be tiresome for even the biggest of fans.

While Gossip Girl didn't run as long as say, Grey's Anatomy, the show still lasted six seasons, totaling a whopping 121 episodes. It would take you an average of 5,200 minutes to watch the entire series. That's over 86 hours of Blair's scheming, Serena's bad judgments, Dan and Nate's inability to commit to one woman, and Chuck looking smug in a limo. While I love nothing more than watching these Upper East Siders get into the same problems (and get with each other) over and over again, it may be too much chaos for quarantine.

But, if you want to refresh your memory and prepare for the new show without watching a week-long marathon (again), I summarized every season of Gossip Girl into one sentence. Yes, you only have to read one succinct description to know as much as Gossip Girl herself — or rather, himself. Dan Humphrey really did all that work for nothing.

Serena pretends to date Nate and actually dates a random art buff while living a "will-we-or-won't-we?" rom-com fantasy with Lonely Boy; she is also now step-siblings with Chuck, who is still trying to woo Blair, who is too worried about getting into Yale and the threat of Little J taking her crown (with raccoon eyes) to care much — but none of it matters anyways when Chuck's dad Bart dies and the UES is torn apart!

Things are going well for Blair: not only did she transfer to prestigious Columbia with Serena, but the French dude turns out to be Prince Louis of Monaco, much to the horror of Chuck, who has to watch her literally become a princess once she gets engaged; Lonely Boy becomes a father to adorable Milo before realizing it was another Georgina scheme, after which he again pines for Serena, who makes about seven bad decisions with men and whose cousin Charlie comes back into her life — sort of.

Sweet Charlie is really a scam artist named Ivy Dickens, who's hired by Serena's aunt Carol to access her actual daughter's inheritance, but no one notices because Blair is getting married; but after realizing what a tool Louis is, Blair is rescued at the reception by her new hero, Lonely Boy, and starts to date him — oh, and Chuck's father has been alive this whole time, and steals the family business from him (they're all supposed to still be in school, but everyone basically ignores that).

Chuck wins at life by taking down Bart (who actually dies this time) and finally committing to Blair — by getting married next to a fountain before being taken by cops in the most iconic wedding in TV history; Serena and Lonely Boy finally commit to each other as well after he reveals one last secret: he's Gossip Girl, solving one of TV's biggest mysteries with a controversial answer.

Consider yourselves all caught up, Gossip Girl fans. XOXO.

More like this
This 'Gossip Girl' Wardrobe Error Has Gone Viral On TikTok
By Alyssa Lapid
'Friends' Star Maggie Wheeler Offers Support To Matthew Perry After Reading His Memoir
By Alyssa Lapid
Anne Hathaway Shared A "Thrilling" 'Princess Diaries 3' Update
By Darshita Goyal
Every 'That '70s Show' Character Who Returned For The Netflix Spinoff
By Grace Wehniainen
Get Even More From Bustle — Sign Up For The Newsletter
From hair trends to relationship advice, our daily newsletter has everything you need to sound like a person who’s on TikTok, even if you aren’t.