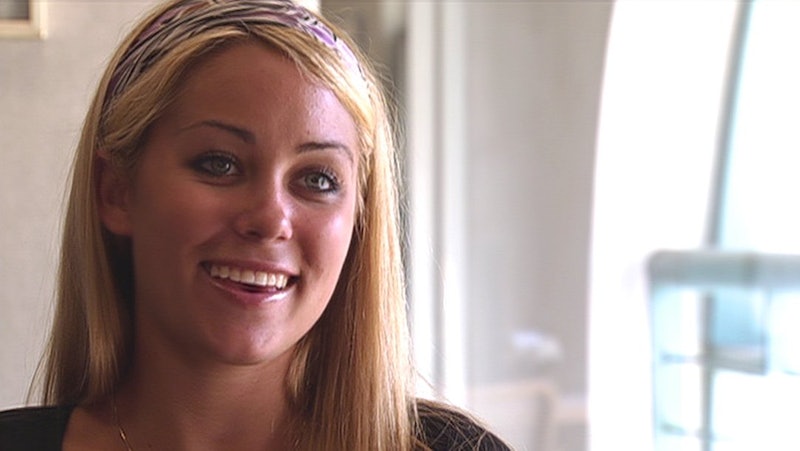 The Hills' original run was nothing short of iconic. But considering it's been almost a decade (!!) since the show went off-air, you may need a little bit of a refresher before the New Beginnings revival hits MTV. And if you don't have time to go back and watch every episode of The Hills, we've got you covered with a handy description of each season.

Of course, there will be new episodes to watch, new interview comments to dissect, and new social media shade to interpret. But at this point, there's just not enough time to do a complete Hills rewind. So, here's all six seasons of The Hills condensed into one-sentence summaries — you know, for the busy fan who wants to catch up on all the drama, but maybe not actually spend weeks re-watching and re-living it.

Lauren Conrad moves to Los Angeles with Heidi Montag and struggles to balance her Teen Vogue internship, fashion school, a rekindled relationship with Jason Wahler, and life in a new city.

After missing out on an internship in Paris, Lauren's friendship with Heidi falls apart when Heidi starts dating Spencer, Lauren becomes besties with Audrina, and a new era begins with Brody Jenner and Justin Bobby joining as integral parts of the drama.

Lauren believes Spencer and Heidi spread rumors that she made a sex tape with Jason and everyone sides with her, leaving Speidi completely isolated from the group.

Lauren, Audrina, and Lo Bosworth move into a house together, which strains Audrina and Lauren's friendship, while Spencer and Heidi continue to deal with their own drama, including having a secret "wedding" in Mexico.

Heidi and Spencer face obstacles planning their wedding, Lauren shows up to the wedding for her last scene as a cast member, and Kristin Cavallari replaces Lauren as the queen bee, more than willing to shake things up by arguing with Audrina and dating with Justin Bobby.

Heidi reveals the results of her many plastic surgeries, Speidi is once again alienated from the group, Audrina's Justin Bobby drama continues, and the series concludes with Kristin and Brody faking it on a soundstage.

The Hills has blessed us with so much reality TV gold. What's to come for the cast next? The rest is still unwritten, but at least a lot of it was filmed for The Hills: New Beginnings.

Catch all of the new drama when New Beginnings premieres June 24.