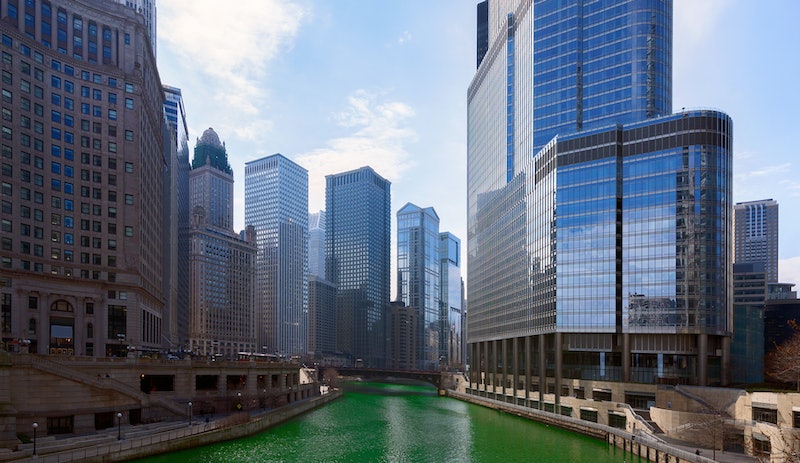 I’m sure you assume you already know everything about St. Patrick’s Day. We've all heard the story: St. Patrick’s Day is celebrating when St. Patrick chased the snakes out of Ireland and saved his village. People celebrated with lots of beer and wore green and plastered shamrocks everywhere to commemorate the day. Well...you’re absolutely and totally wrong. Even down to the green. That’s right, there are tons of things you didn’t know about St. Patrick’s Day that are about to blow your mind.

Like almost every holiday we celebrate, St. Patrick’s Day has been slightly distorted over time and change of location. The United States actually had a huge influence on how the day is currently celebrated (ugh, of course we did), and almost all of the symbols and celebratory antics that take place really have nothing to do with why the holiday was originally celebrated.

Now that I have your attention, here’s a few different things you probably didn’t know about St. Patrick’s Day.

The Symbol Of Ireland...

You can thank Boston for that…

The First U.S. St. Patrick’s Day Was In Boston

The first St. Patrick’s Day celebrations took place in Boston as well starting in 1737. Before parades became a common St. Patrick’s Day tradition in cities, people would celebrate with a huge breakfast at a local tavern.

Yup, that’s right. Although everyone is sipping on Shamrock Shakes and pinching each other for not wearing green...they actually should be the ones pinched in return. George III created an order of chivalry for the Kingdom of Ireland that the color of St. Patrick is actually sky blue.

The Green Dye In The Chicago River Wasn't Intentional

The fluorescent dye, which is still used today, was originally used by the Chicago Plumbers Union on the river to trace illegal substances that were polluting the river.

That’s right. Not only were the no snakes, but according to National Geographic, it was almost impossible for snakes to even be in Ireland during that time period. Some say that St. Patrick wasn’t chasing snakes out of Ireland, but actually but non-Christians. Sadface.

It Was Originally A Sober Day

Let me guess your current thoughts: OK you’re actually joking though. No, I’m really not! Since St. Patrick’s Day is a Catholic holiday, bars used to be closed in Ireland. Those laws weren’t repealed until 1961!

Not the day he drove out the “snakes.”

More like this
Boris Johnson’s Leadership Is In Question – Again
By Bustle UK
Here’s Your Fourth Of July Weekend Horoscope
By Mecca Woods
Your Guide To Earth Signs
By Nina Kahn
Eleven From ‘Stranger Things’ Is A Cancer Zodiac Sign, An Astrologer Says
By Brittany Beringer
Get Even More From Bustle — Sign Up For The Newsletter