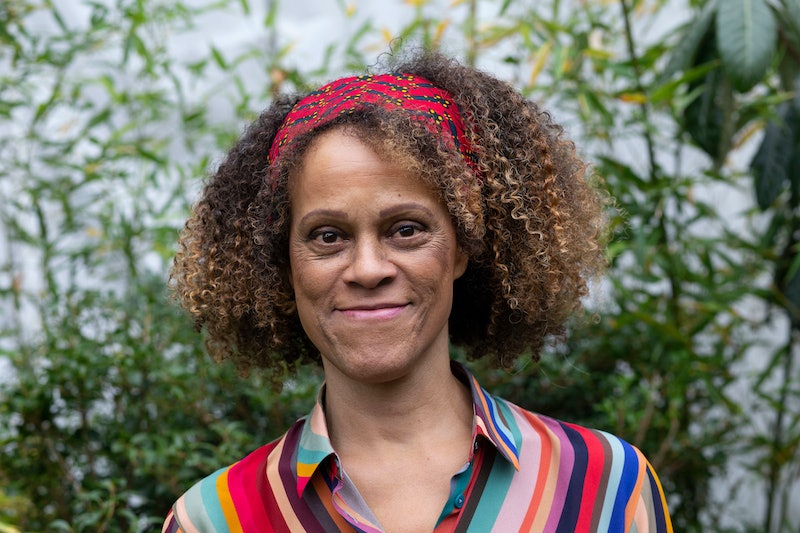 Witnessing black history being made during Black History Month is nothing short of monumental. Last night, Bernardine Evaristo won the prestigious Booker Prize, making her the first black woman to do so. The British author shares the prize with Margaret Atwood, meaning it's also the first time two people have been awarded the prize in almost 30 years. So here’s everything you need to know about Bernardine Evaristo, her incredible novels, and this year's rule-breaking Booker Prize.

In a very unusual move, the Booker Prize 2019 judges decided to crown both Atwood and Evaristo the winners for their works The Testaments and Girl, Woman, Other, respectively. Despite being told twice that the £50,000 prize money couldn’t be split by both the Booker Prize Foundation’s literary director Gaby Wood and the head of trustees Helena Kennedy, the judges staged a "sit in" and decided to deny the Booker Prize rules, The Bookseller reports.

In the end, both were chosen, with Atwood donating her split of the prize money to Canadian Indigenous charity Indspire. The Booker Prize has been split only twice before, by Nadine Gordimer and Stanley Middleton in 1974, and by Michael Ondaatje and Barry Unsworth in 1992.

Shockingly, this win doesn’t just make Evaristo the first black woman to win since the prize started in 1969, but also the first black British author to win the award full stop, and it’s so deserved.

According to the Guardian, Evaristo explained what it meant to win something that felt to out of reach:

Evaristo is the author of eight books, including her latest, Girl, Woman, Other, which follows the voices of 12 women. It has been described by Penguin as "a love song to modern Britain and black womanhood." Evaristo also wrote Mr Loverman in 2013, which explores sexuality and secrecy in the older Caribbean community, and was met with much critical acclaim.

According to her website, Evaristo was born in South East London, Woolwich and is one of four children. Her mother was an English school teacher, and her father was a Nigerian welder and local Labour councillor. Bernardine gained a PhD in Creative Writing from Goldsmiths, the University of London and is now a professor of Creative Writing at Brunel University London.

Not only is Evaristo an incredible writer, but she’s also an activist for inclusion in the arts. Speaking in an interview with Guardian earlier this year she said, “I work within the systems to change them because I think there is a limit to what you can do when you are outside the power structures.”

While it would have been even more powerful and deserving for Evaristo to win this award by herself and receive the full prize money, especially as the first black British person, it doesn’t take away from her enormous achievement. Hopefully she has opened the door for more black women to come through behind her.