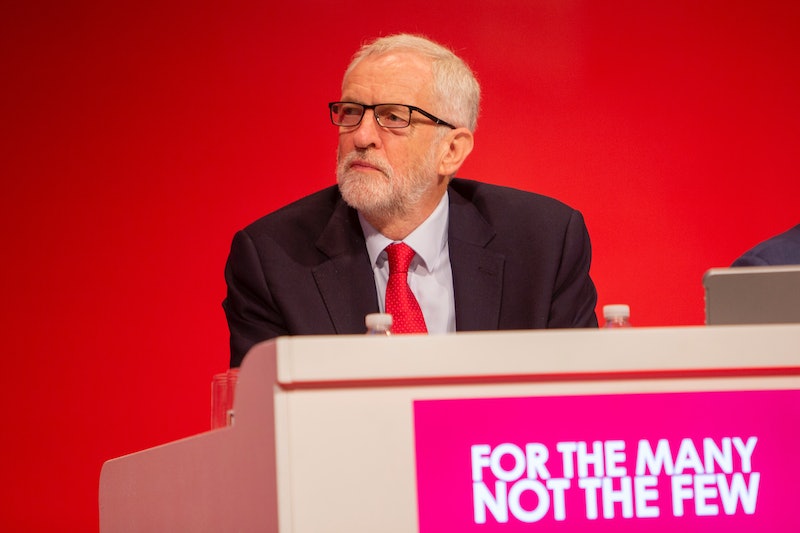 Labour's leadership contest is still up in the air, but one thing that's becoming clear is the MPs who are in the running. Six politicians have put themselves forward to be the next head of the party with the first knockout stage set to take place next week. Until then, here's the lowdown on all the confirmed Labour leadership candidates, including their professional histories and personal passions.

The current names in the ring consist of four women and two men: Jess Phillips, Emily Thornberry, Keir Starmer, Lisa Nandy, Clive Lewis, and Rebecca Long Bailey. Currently, reports the Guardian, Thornberry and Lewis are trailing behind the others. Each candidate must be nominated by a sufficient number of Labour MPs to move forward; the deadline for nominations is Monday, Jan. 13.

Per the Guardian, the leadership contest will last for three months with results announced on Saturday, April 4. Registered members of the Labour party will have to pay £25 to vote, the paper understands, and will only have 48 hours to sign up to do so. The sign-up date is yet to be confirmed.

Jeremy Corbyn announced he would be stepping down in December, per the Independent, after Labour suffered what many called a "catastrophic" election defeat. As each leadership candidate prepares to put together their official stance, here's a little background knowledge to prepare you for the upcoming vote.