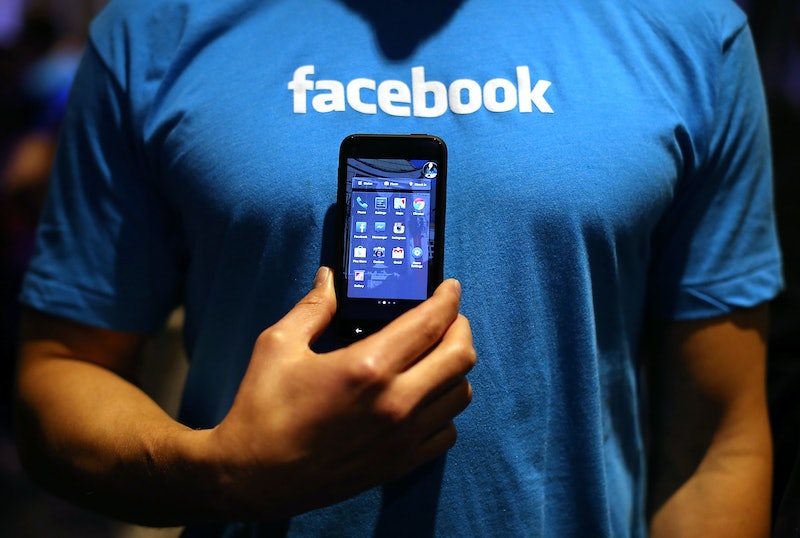 By 2021, Silicon Valley residents and businesses could have a new mailing address — one that belongs to Facebook. According to a video posted to its own social networking site on Friday, Facebook plans to build a town in Menlo Park, California, where its headquarters currently sits. Beyond Facebook's offices, the town would include residential housing, retail shops, and other businesses.

Facebook moved to Menlo Park in 2011. The city sits just outside Palo Alto in the San Francisco metro area. Currently, Facebook occupies a 430,000-square-foot building, which was billed as the "world's largest open floor plan" when it opened in 2015. As Facebook continues to expand its audience and services online, the social networking giant now plans to grow off-line, as well.

According to the video shared by Facebook Community on Friday, the company has its sights set on building 125,000 square feet of new retail space and 1,500 housing units. The plan, which will be officially filed with the city later in July, is to redevelop Facebook's existing campus into a town-like venture called the Willow Campus. With the Willow Campus, Facebook seeks to build connections with the community and address the real-world problems that many local residents face.

"We understand that the challenges with congestion are regional, and I think as we continue to grow, we see ourselves as being able to lend our partnership to potential solutions," Facebook public policy manager Juan Salazar says in the video. One such challenge that Facebook reportedly hopes to affect is the high cost of housing. The housing market in California, and particularly in the Silicon Valley area, is notoriously high, with Facebook calling the housing part of its planned development "critically important."

Housing is also critically important to these efforts. We hope to contribute significantly to the housing supply by building 1,500 units of housing on the campus, 15% of which will be offered at below market rates. This added on-site housing should also mitigate traffic impacts from growth.

Facebook's plan for redevelopment comes just months after Google announced a similar plan. In March, Google reportedly received approval from the city of Mountain View, California, to develop a campus with shops and restaurants that will be open to the public. The campus, which is expected to open in 2019, will reportedly allow the public to enter parts of Google's campus without receiving prior approval from the company. Although Google's plan involves housing for employees, it does not appear to include public or low-cost housing.

As it had not been submitted to the city as of Friday's announcement, Facebook's Willow Campus plan still required approval from local officials. Approval or not, both plans from Facebook and Google seem to demonstrate a new trend in Silicon Valley: As technology companies grow their foothold in Americans' everday, online lives, they are also becoming more open to entering Americans' offline lives. It will soon be up to everyday Americans to decide if that's a good or a bad thing.