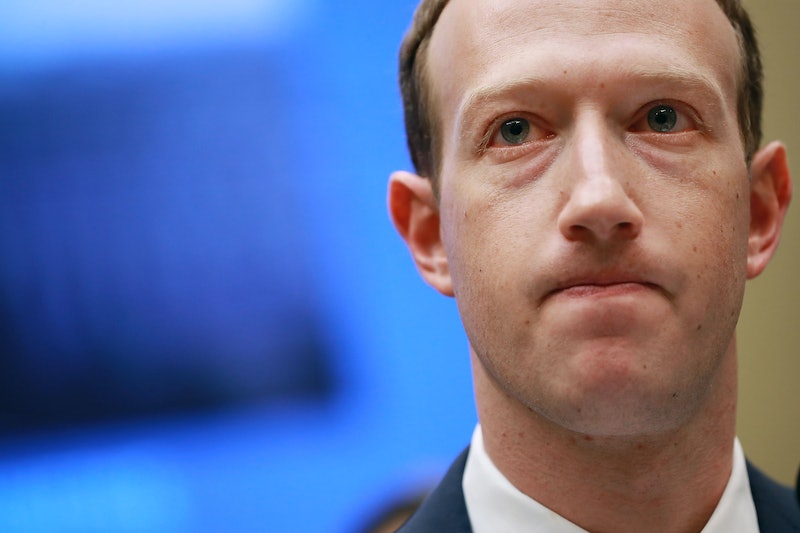 As the Senate's joint Judiciary and Commerce hearing continues on Capitol Hill, Facebook CEO Mark Zuckerberg was asked about ivory markets apparently operating on the massive social media network. On Wednesday, Georgia Rep. Buddy Carter grilled Zuckerberg, saying, "Did you know that there are some [environmental] conservation groups that assert that there's so much ivory being sold on Facebook that it is literally contributing to the extinction of the elephant species?"

Zuckerberg replied that he was not aware that that was happening. The "extinction" bit of Carter's quote may be a reference to a comment from Gretchen Peters of the Center on Illicit Networks and Transnational Organized Crime. Peters, who is the group's executive director, told the Associated Press recently, "The amount of ivory being traded on Facebook is horrifying." She added, "I have looked at thousands of posts containing ivory, and I am convinced that Facebook is literally facilitating the extinction of the elephant species."

Peters was talking to AP in an investigative report on public and private Facebook groups that are reportedly selling the body parts of endangered species. The report mentioned that animal body parts include Bengal tiger hides, tiger teeth, elephant and rhino horns, and more.

Carter's question arrives almost a month after tech giants like Facebook and Google joined the World Wildlife Fund's (WWF) global campaign to fight against online markets that deal in selling the body parts of endangered species. The WWF released a statement at the time shedding light on how unregulated online markets were contributing to a wildlife crisis.

"Advances in technology and connectivity across the world, combined with rising buying power and demand for illegal wildlife products, have increased the ease of exchange from poacher to consumer," the WWF's statement said. It added, "As a result, an unregulated online market allows criminals to sell illegally obtained wildlife products across the globe. Purchasing elephant ivory, tiger cubs, and pangolin scales is as easy as click, pay, ship."

Unregulated e-markets that can be operated through public and private groups on Facebook could contribute to even more dangerous conditions for wildlife while also generating revenue for Facebook. WWF said,

More than 20,000 African elephants are illegally killed each year for trade in their tusks, and nearly three rhinos are poached each day in South Africa alone for their horns.

It went on to add, "Countless species are under threat from trafficking, accelerated by online access to consumers, most of whom are unaware that the product they are buying could be devastating species populations and funding crime gangs." Investigators who track wildlife trafficking online told AP that in spite of the pledge Facebook made in March, they have yet to see the unethical activity slow down, let alone stop.

To fight against wildlife trafficking, investigators say that Facebook should initiate an unapologetic and complete crackdown on profiles and groups linked to selling animal body parts. They also say that individuals or groups responsible for dealing with such markets should be identified and prosecuted. During the anti-trafficking vow tech giants made in March, companies said that the plan was to cut down on ivory trading markets by 80 percent in the next two years.

Still, it's not clear how Facebook is planning to address the problem but it is evident that the social media network is increasingly under fire. The National Whistleblower Center initially filed a complaint in August against Facebook and said that an undercover and anonymous informant accused the company of essentially allowing ivory trade to take place on its website.

On Monday, the law firm Kohn, Kohn and Colapinto released a statement on behalf of the whistleblower. "Facebook is doing nothing about this, and neither is law enforcement," the statement noted. "It’s a disgrace. The amount of electronic data Facebook holds about ivory buyers and sellers could put authorities in the position to stage the biggest wildlife law enforcement operation ever, if either side could be bothered to do anything." Facebook and Zuckerberg have yet to respond to the firm's statement.